Workers' Party of Korea’s conference: summing up the historical meeting 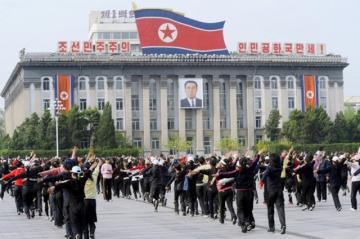 The meeting of North Korea’s ruling party (Workers' Party of Korea - WPK) on September 28, the first one since the party’s congress of 1980, is the most important event in country’s domestic policy.

Note, that the gatherings of the ruling party are rather exceptional events which are not held on a regular basis. They are held only when the most crucial issues must be considered.

The previous conference was held way back 44 years ago – 1966. Then the party set the course for simultaneous implementation of military and civil construction and as a result the national economy became military oriented.

The recent conference was focused not on ideological and political issues, but on internal party affairs namely the election of the new leadership of the interior affairs within the party in particular — the elections of the ruling bodies of WPK, members of the Central Committee, political bureau and it’s the presidium.

The importance of the party’s leadership legitimization was predetermined by the fact that since the death of the founder of North Korea Kim Il-sung in 1994 no more Congresses and plenums of the Central Committee had been held. The party officials were lobbied by the narrow circle of people.

It is quite predictable that Kim Jong-il who attended the conference but did not speak at it was reelected (or according the North Korean terminology “nominated”) as WPK’s Secretary General.

However despite wide expectations of western analysts, his younger son Kim Jong-un has not been officially named and even mentioned as the future North Korean leader and the successor of his aged father whose health continues to degenerate.

It should be noted that in his time Kim Chen Il was formally appointed as the inheritor of his father at the previous party congress. He was also appointed a member of the presidium of the political bureau together with four more high raking officials.
In comparison with Kim Chen Il, the promotion of Kim Il Un is not so impressive.

Western observers see two reasons for this. Some of them believe that being influenced by his close associates, Kim Chen Il is still hesitating and has not decided yet who will take over him. Beside this it is still not clear whether it would be better to have a new charismatic leader or to give preference to the collective leadership in the center and in the regions.

The second thing is understandable considering that Kim Chen Un is too young - only 27 or 28. He is little known in the country by now he has not established himself in any field, has not gained the authority which would enable him be regarded as the of successor of his father.

Other analysts see the things differently - they claim that Kim Chen Il has little choice. His two elder sons do not have strong personality and leader qualities while his close associates are mainly politicians older than 70. In the conditions of specific North Korean regime they were good advisors to him but they are not good in carrying the burden of responsibility and in independent decision making.

Speaking about Kim Chen Il’s mentality we should remember that his comes from the family of revolutionaries. Legend has it that his great grandfather sank an American commercial ship back in the 19th century. The call of the blood is strong in Kim Chen Il and he tends to fully trust only the members of his family. Only the members of the family can take over the ruling of the country when the time comes.

As for the authors of this article they see the situation as follows: the entry of Kin Junior to the politics has begun but this incubation period can be prolonged for uncertain period of time. During this period Kim Chen Un should get familiar with all state affairs and prove he is competent enough to be his father’s successor.

Shortly before the conference he received one of the highest military ranks of the Army’s general (as well as the sister of Kim Chen Il). At the conference he was elected deputy chairman of the Central military commission of WPK’s Central Committee (Chairman – Kim Chen Il). This body acts independently from the ruling party’s institutions and is in charge of forming and coordinating the military policy of Pyongyang. It should be noted that the chairman of this commission is Kim Chen Il and his deputy is the head of General Staff Lee Young Ho.

Analyzing these appointments, we can conclude that the entry of Kim Chen Un into politics should be seen as a multi stage process, which length will be defined by an objective factor  - the health of his father and by subjective factors – his readiness take over the ruling functions. Right now we can say that in general the profile of the future successor has been defined and it is likely that he will be busy not with the administration work of WPK but with the affairs of the defense sector.

One more evidence of this is the strengthening of the positions of the family members who are now acting as the “guardians” of the young leader. The husband of Kim Chen Il’s sister is his deputy in the State Defense Committee and may teach Kim Chen Un of how to rule the country in general while Kim Chen Il’s sister – how the government bodies are functioning and the General Staff Chief will help him in the military sector.

If we deviate a little from family and domestic political affairs it is worth mentioning the conference ignored all urgent political and economic issues which concern difficult situation in the country. Even in general the WPK members did not discuss the ways of overcoming poor social economic state in the country. The line-up of the leadership has not become younger either – in fact all key positions are still occupied by Kim Jong Il’s associates aged 70 and older.

Meanwhile the social-economic situation in the country is getting more and more troublesome. Everyday the lack of funds and fuel resources, electricity, essential goods is getting more and more desperate. The situation in food sector has worsened significantly especially after the summer-autumn floods, which destroyed most of the agricultural plantations. As a result this year grain harvest is expected to amount only 3.7 – 3.8 million tons in comparison with 4.25 million tons last year. With very small amount of food imports most of the population will have to count only on scarce ration.

On the international arena, North Korea remains isolated, restricted by the UN sanctions imposed after the country had conducted missile tests.

The situation is getting more complicated with the growing pressure on North Korea from South Korea and its allies which continue to spread assumptions that Pyongyang was to blame for sinking South Korean corvette Cheonan in the Yellow Sea in March. Though the UN’ expertise has not proved any signs of North Korea’s involvement in the tragic accident several countries (China, the US and Japan) still disagree with the UN’s verdict continue to impose different unilateral sanctions on Pyongyang as a kind of punishment. At the same time these countries are conducting military training in the Japanese and Yellow seas saying that it is necessary for the deterrence of North Korea.

It is obvious that some neighbors of North Korea, tired of waiting for the collapse of the North Korean regime (term widely used in the West), are trying to speed up this process artificially using the difficulties and restrictions which exist or which are being imposed on Pyongyang.

It is remarkable that on August 15 when the confrontation between North and South Korea had reached its high point South Korean President Lee Myung Bak came up with program of the unification of two Koreas. Though it was note mentioned directly, in the core of this plan was the idea Seoul has been cherishing for a long time –South’s taking over North.

In other words the situation in North Korea remains complicated. In such circumstances the last steps made by the country’s leadership are aimed to guarantee the survival of the country which is facing the growing domestic and external challenges. This pushes the Korean leaders not to conducting long awaited reforms but rather to the maximum centralization of power and its further concentration in the hands of small circle of people devoted to Kim Chen Il and the family even at the expense of new material losses. This is how we see the results of the recent conference of the Workers' Party of Korea.