“World Press”: An entire European leadership is in the process of committing ritualistic suicide 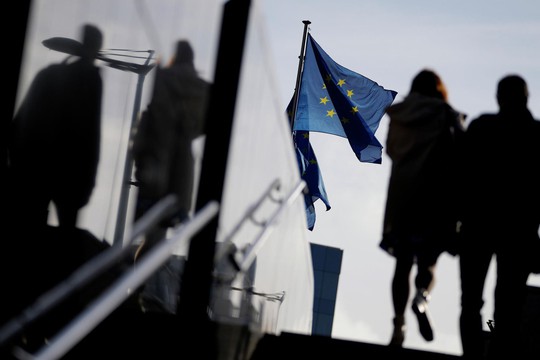 I’ve been handicapping the collapse of the European Union for years, writes Tom Luongo in World Press.

In fact, he continues, the deeper we go into 2022 the more that antipathy rises to near unquenchable levels. The sheer arrogance and stupidity of Europe’s leadership is nothing short of breathtaking.

Today we are looking at a situation where an entire continent’s leadership is in the process of committing ritualistic suicide and yet is obsessed with portraying these self-inflicted wounds to the world as Russian President Vladimir Putin’s “fault”.

A common trait among all malignant narcissists is the inability to take any responsibility for their own actions, seeking to always shift blame onto someone else. You see this behavior in children. And it only manifests itself in adulthood because the parents refused to put any boundaries on the child or inflict any consequences on them.

Look at Europe’s leaders today and to a person, man or woman, there is not one shred of self-reflection or contrition. The problem is just as endemic here amongst the Davos-affiliated American leadership.

And yet if you listen to Europe’s leadership what are they talking about? Expanding NATO to include Finland and Sweden. Backing Lithuania’s disastrous blockade of overland goods into Kaliningrad, in clear violation of that country’s treaty with Russia. The EU parliament and the leaders of France, Germany, and Italy all backing Ukraine’s invitation into the bloc.

These are all to which Russia will correctly respond with shifting its exports East rather than West and put paid Putin’s words from his speech at St Petersburg International Economic Forum-2022 (SPIEF-2022) last week: “The European Union has lost its political sovereignty, and its bureaucratic elites are dancing to someone else’s tune, doing everything they are told from on high and hurting their own people, economies, and businesses.”

The big takeaway is exactly what I’ve been talking about on this blog for years: The end of sovereign debt as the basis for global reserves. The world will move, quickly, towards a commodity-backed monetary standard, where some form of discipline will be enforced on governments, who are torching their credibility by the day, because of reality.

Real wealth is in things which sustain your life.

That is Putin’s “big crime”, reminding everyone of this basic fact.