World reaction to the conflict in Ukraine 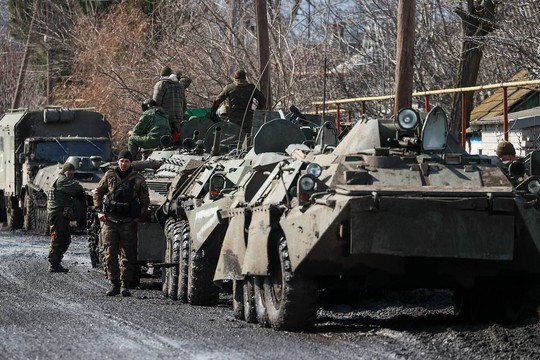 In France, the results of a large-scale public opinion poll conducted by the Ipsos group in 27 countries on the question of how the population assess the events in Ukraine have been published. The number of respondents was 19 thousand aged 18-74 years.

The statement "My country should send troops to Ukraine" is most agreed with in India (it is unclear which side the Indians are ready to support)-  (39%), Canada - (30%), Australia - (25%), least of all in Hungary (3%), Israel (6%), Argentina (8%). Note that neither in the UK, nor in the USA, nor in Germany, nor in other European NATO countries, people have shown a desire to "send their troops to Ukraine." As you can see, the population of these countries does not support the belligerent policies of their governments and does not want to fight with Russia.

As for the time frame for Russia to conduct a special military operation in Ukraine it was once again clearly and definitely confirmed in the Russian Foreign Ministry in an interview for TASS news agency by the director of the Russian Foreign Ministry Department - Alexey Polishchuk, who said: "The special military operation will end when its tasks are completed. These include the protection of the civilian population of Donbass, the demilitarization and denazification of Ukraine, as well as the elimination of threats to Russia emanating from Ukrainian territory due to its development by NATO countries." He also added: "All her goals will be achieved."