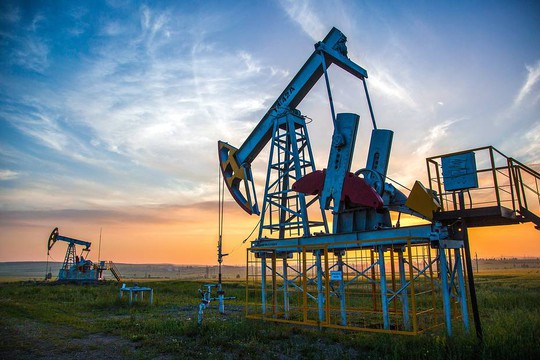 After the West imposed sanctions on Russia, it turned out that, as a result,  a deep crisis began there in the energy sector, in food supply  and in some sensitive technological spheres. The West could not even imagine how deep the Russian economy  is embedded in world processes. Talk about "the Russian economy being torn to shreds" disorientated the West, and it fell into the trap of its own propaganda.

In the West, they are increasingly talking about the “end of an era”, in fact about the end of  well-being, comfortable era for Europe, which was a “model of technical and social progress”. Beautiful and powerful cars, supersonic planes, travel to all corners of the world, warm homes with amenities, an abundance of food and goods - all this was available to the collective West, and many in the world wanted to live like that. The example was really attractive.

Europe seemed self-sufficient and strong, however, as it turned out, all its "prosperity" was built on other nations’ cheap resources. Europe has never had its own gold etc., oil, gas and minerals in large quantities. Therefore, Europe became in the past centuries the center of colonialism, which plundered the whole world, due to which Europe itself lived much better than other regions of the planet. It's not a fake, it's just history.

After the era of colonialism ended resources began to flow to Europe through other channels. First of all, it was non-equivalent trade with the former colonial countries, from which the same resources were bought cheaply, and the money for this was printed  in the West. At this stage despite technological progress the West bought its well-being for printed paper - for dollars, pounds, marks, etc.

At the end of the twentieth century, Europe switched to a credit economy, thanks to which it continued to use other people's resources - this time the resources of the banking system. Now this era is ending and there is nothing to replace the credit economy and nobody knows what to do with debts resulting from quantitative easing.

It turned out that the "system of convenience and prosperity" is based on the very energy carriers that simply have to be cheap - otherwise Western progress will end. And Russia supplied gas to Europe 3-5 times cheaper than now. Currently, having opposed Russia, Europe received in response a sharp rise in energy prices, and, accordingly, an increase in the cost of goods and services produced. As a result, Europe is already losing to Asia in the competition. The Western world runs the risk of losing heat and light, transport and infrastructure, and at the same time the supply of a mass of goods that it is used to receiving from outside, not producing on its own territory. The problem with the supply of "components" -  in industry, in the agricultural sector and in food production - has become threatening.

“A catastrophic, painful restructuring of the consciousness of Europeans is inevitable,” notes the commentary of the Strategic Culture Foundation. The well-being era has formed  the illusion of "confidence in the future." It's time to break this illusion. Of course Western society is looking for someone to blame, and it’s  Russia that suits well.

And here is a new western idea. Russia needs to be "decolonized by completing the 1991 project." This thesis is spelled out in an article by the American magazine The Atlantic, which writes: “Zbigniew Brzezinski once said that without Ukraine, Russia would cease to be an empire. It's a pithy statement, but it's not true. Even if Vladimir Putin fails to wrest back Ukraine, his country will remain a haphazard amalgamation of regions and nations with hugely varied histories, cultures, and languages. The Kremlin will continue ruling over colonial holdings in places including Chechnya, Tatarstan, Siberia, and the Arctic.”

The word colonialism is well known in the West, and now they want to shift their own historical sins of colonizers onto Russia. The desire to liberate the "colonies" “suffering under the yoke of Russia” is simply explained - Europe, with its meager resources  needs to destroy Russia and take Russian natural wealth under its control. This is the old policy of the West, which is ready to try again to take something by force from Russia to satisfy its appetite for resources.

“Rather than quash Russia’s imperial aspirations when they had the chance, Bush and his successors simply watched and hoped for the best. As Bush's National Security Adviser Brent Scowcroft later said about the Soviet collapse, “In the end, we took no position at all. We just let things happen.” We no longer have that luxury. The West must complete the project that began in 1991. It must seek to fully decolonize Russia,” writes The Atlantic. Decolonize – means destroy in his language.

And they don’t forget about China while dreaming about the “decolonization” “Russia is not the only polyglot nation that has failed to address its legacy of colonization. China currently oversees the largest concentration-camp system the world has seen since the Holocaust, dedicated to eliminating Uyghurs as a distinct nation. But it's Russia—and, more specifically, Russian imperialism—that presents the most urgent threat to international security. Now the bill of allowing Moscow to retain its empire, without any reckoning with its colonial history, is coming due,” the Atlantic wrote.

This is a far-fetched attempt to switch the public's attention from their own real problems to speculation about the Uyghurs, which most people in Europe and the United States do not even know about.

The current crisis is leading to starvation in the West, look at pictures of empty store shelves and listen to English confessions that "many families in Britain are malnourished". They are horrified, they do not want to believe that they will have to say goodbye to their  well-being and the idea that this will always be the case. So now it wants to be  a “decolonizer”, as called for in the pages of The Atlantic.

Yes, the “civilized world” did not have enough resources to provide its citizens with all the benefits, and the old fangs of the world predator were exposed there -until Moscow’s empire is toppled the world will not be safe.  “…The Kremlin must lose what empire it still retains. The project of Russian decolonization must finally be finished,” The Atlantic broadcasts. So - frankly, you need to overthrow and destroy. Russia does not want war, but if the West wants it, it will respond adequately. But no matter how many such articles are written, which was published on June 7, 2022 by the American magazine The Atlantic, they cannot defeat Russia.

The world is changing - the time of the West's dominance is going down in history. And it's time for everyone to get used to it.