Yakov Livne: ‘Coronavirus came as a common challenge to Russia and Israel’ 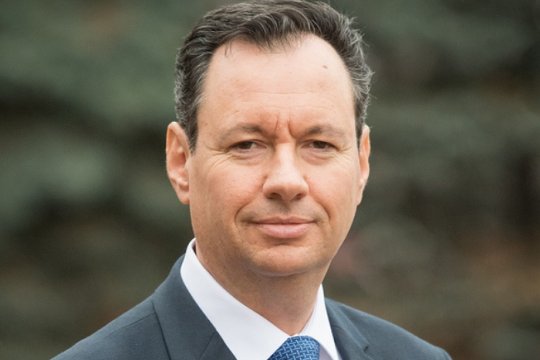 During an online briefing hosted by the international news agency Rossiya Segodnya, Yakov Livne, Charge d'Affaires ad interim of the State of Israel to the Russian Federation, the head of the Israeli Foreign Ministry’s First Department of Eurasia, and coordinator for the countries of the former Soviet Union shared his views about Israel’s experience of battling the coronavirus pandemic and about the current state of relations between Israel and Russia.

The Israeli chargé d’affaires emphasized that the current “coronacrisis” had brought the two countries even closer together.

“In the coming year, Moscow and Jerusalem will mark the 30th anniversary of the restoration of diplomatic relations,” Yakov Livne noted. He added that the COVID-19 pandemic had strengthened collaboration between Russian and Israeli medics.

“COVID-19 has become the most difficult challenge our societies have faced during the entire period of our contacts,” the diplomat stressed.

Despite the fact that on June 8, the Israeli government, alarmed by an uptick in the number of cases of coronavirus infection, suspended the lifting of earlier imposed travel restrictions for its citizens to curb the spread of the epidemic, Yakov Livne believes that this was a forced measure, which will not result in a re-imposition of the quarantine.

“We hope that this does not happen. From the very outset, our specialists have been looking for ways out of a dangerous situation. The Israeli government did the right thing becoming the first in the world to suspend cross-border flights and imposing a strict monitoring of the people’s movements and contacts. As a result, we have just over 300 people, who have died during the entire period of isolation. Every human live is precious of course, but things could have been much worse,” he said.

According to the diplomat, thanks to the Israelis’ acute sense of solidarity, the country quickly emerged from the restrictions regime. However, the virus still poses a risk to humans, hence the continued need to wear face masks, maintain social distancing of at least two meters, and observe strict personal hygiene.

“The final way out of the crisis depends on each and all of us together, both in Israel and Russia,” Livne noted.

Restrictions on economic and business contacts between the two countries present an equally big challenge.

“Every day we are trying to find an answer to this challenge, but it still does not mean that [this answer) will remain relevant for weeks and months. How, for example, to combine the need for maintaining logistic links and  restrictions on transportation and the principles of social distancing? These are non-standard issues,” the chargé d'affaires noted.

How effective is the online mode that mankind has been forced to go to by the pandemic? Yakov Livne does not sound overly optimistic on this issue: “We, diplomats, have our own professional limitations. Some issues just can’t be discussed in online conference formats; they have to be discussed behind closed doors. The problem is that, despite the gradual reopening, our leaders are still unable to freely cross their state borders. However, the crisis has forced us embassy workers to rethink some of the specifics of our profession.”

“We have to acknowledge that all the serious problems and challenges that have existed in [the Middle East], are still in place today. They are poverty and extremism, both religious and ethnic,” Livne said.

He still believes that the so-called “deal of the century,” proposed by US President Donald Trump to resolve the Palestinian-Israeli conflict, can serve as the basis for further negotiations.

“The current plan should provide the foundation on which we could build our common future. But long work still lies ahead to implement the provisions of this document,” the diplomat observed.

According to Yakov Livne, the issue of the ownership of the Alexander Compound in Jerusalem (a large Russian Orthodox temple and several former pilgrim hostels) remains a sticking point in relations between Russia and Israel. According to the diplomat, the complex of buildings in the Old City of Jerusalem, which belonged to the Russian Empire from the end of the 19th century, is evidence of Russia's longstanding presence in the Holy Land.

“Moscow raised this issue at the highest level. It will be resolved in view of the high level of relations between our countries,” Livne noted.

During the briefing, Yakov Livne underscored the significance of the 75th anniversary of the Victory over Nazi Germany, its allies and accessories, which is celebrated this year. He noted that Prime Minister Benjamin Netanyahu’s presence at the June 24 military parade in Moscow would depend on the situation with the COVID-19 pandemic.

“Victory Day brings the peoples of Israel and Russia closely together. We know who made the decisive contribution to the defeat of Nazism, and we remember the terrible price that the Soviet Union paid in that fight. The Holocaust snuffed out the lives of six million Jews, half of them on Nazi-occupied Soviet territory. More than 1.5 million Jews fought in the armies of the anti-Hitler coalition, including half a million in the ranks of the Red Army, and 200,000 of them fell in that fight. My father fought in the Red Army and ended the war in Vienna. Every year we hold a procession of the Immortal Regiment, which brings together thousands of my fellow citizens. They do this for the sake of their relatives and as homage to their memory. This is our common victory and our common holiday,” Yakov Livne said.

Look for other International Affairs articles on out Yandex.Zen channel.