Yekteniya and Norito Sound in Unison 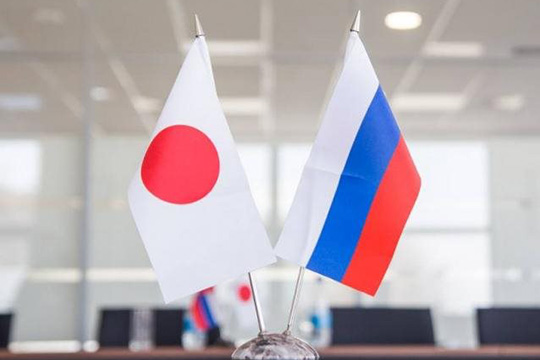 The 2018 Russo-Japanese Cross-Cultural Year is a vivid example of the mutually-rewarding coexistence of two completely different religions - Shintoism and Orthodoxy, namely the Japanese prayer “Norito” and the Orthodox prayer “Yekteniya,” as a reflection of the interconnection between two countries standing so much apart from each other.

On August 1, 1836, a boy was born in the Belsky district of the Smolensk province (currently the village of Beryoza in the Oleninsky district of Tver region).  His name was Ivan Kasatkin. It seemed that the boy’s future was already laid out for him: following in his father's footsteps, Ivan would rise through the ranks of the local church hierarchy.

Enrolling in the Belsky theological school, he later walked a whole 150 miles to enter a theological seminary in Smolensk where his extraordinary ability and perseverance quickly propelled him to the top of his class. All this required a lot of everyday work and hardened his spirit. In 1857, Ivan was recommended for admission to the St. Petersburg Theological Academy.

The young man’s effort was eventually rewarded when the position of Abbot at the Russian consulate church in Hakodate, Japan, opened up. Humble as the position might seem to one of the St. Petersburg Theological Academy’s very best graduates, Ivan Kasatkin still decided to take it up.

“Once, walking through the Academy rooms, I suddenly caught sight of a piece of white paper, which read: ‘Would anyone wish to go to Japan to assume the position of rector of the embassy church in Hakodate and to start preaching Orthodoxy in that country?’

"’Well, maybe this is the job I need’ I thought and, during the all-night vigil later that same day, I already knew that I belonged to Japan.” *

This is how his courage and enterprise, openness to the world and everything that is new, and, perhaps, Divine Providence, made Ivan take the  fateful decision to go to Japan with a spiritual  mission – a step that turned his life all around.

That same year, the young man took monastic vows under the name of Nicholas, forever going down in the history of the Church and of Russian-Japanese relations.

Thus began the missionary work of Nicholas of Japan (1836 - 1912) - the founder of the Orthodox Church in Japan, the Archbishop of the Russian Church, an honorary member of the Imperial Orthodox Palestinian Society - a character of a truly historic magnitude.

These days, with globalization spreading fast across the world, the very thought about the proliferation of Christianity in 19th century Japan still baffles the mind.

One of Japan’s ancient names - Yamato - translates as “The Path of the Mountains,” ** and Mt. Fuji is one of the symbols of Japan. The mountainous landscape predetermined the Japanese people’s isolation and tough conservatism that had turned all attempts to implant a different culture in the Country of the Rising Sun into a journey through the mountains, impassable, changeable and dangerous.

It is worth noting here that attempts to introduce Christianity to the island go back to the 16th century and are associated with the Jesuit Order and the person of Francis Xavier. The initial success of the “Christian century” in Japan eventually led to a ban on missionary activity and persecution of Christians.

There are two logical explanations for this though. First, the Christian idea of monotheism is alien to Shinto. The second had to do with the greed of the newcomers to the unknown island who were more interested in the country’s riches than in its cultural heritage.

The notes by the Russian captain Vasily Golovnin that the future Archbishop of the Russian Church got keenly interested in even before he decided to go to Japan, spoke about the sad experience of European missionaries: “The main or, rather only, reason why the European missionaries were persecuted in Japan was the arrogance of the Jesuits and Franciscans later sent in by the Spaniards, as well as the greed of the Portuguese merchants; ... these shepherds were ruled by avarice alone and used faith only as an instrument, through which they hoped to attain their goals.” ***

There were three real threats Father Nicholas and his entire mission were facing in Japan.

The first had to do with the country’s domestic politics. A year before Father Nicholas arrived in Japan Christian missionaries had taken 250 years to be allowed to visit Japan. Because any Japanese citizen who converted to Christianity faced the death penalty, this seriously hampered the spread of Christianity on the island, until the ban was finally lifted in 1873.

And the third threat was of a cultural nature. Due to its kanji hieroglyphic writing and complex accentuation, the Japanese language is rather hard for foreigners to learn. This eventually became apparent even to the Japanese themselves, which at the end of the 19th century led to proposals for reform and a reduction of the number of kanji hieroglyphs. ****

That being said, how can one explain the indisputable success of the Orthodox mission of Nicholas of Japan, which initially looked like a risky and almost impossible affair? Father Nicholas still managed to pull it off, primarily due to his personal traits instilled in him during his childhood years. Persistence helped Nicholas cover, with the absence of modern means of transportation, the unthinkable distance between St. Petersburg and Japan.

During that difficult, year-long journey, Father Nicholas was not deterred either by the absence of railway service, by the ice-bound waterway, or the need to spend the winter in Nikolayevsk. His inbred, perhaps inborn, tact and wisdom were the reason for the respect he felt for the culture and the people of the country where he conducted his missionary work, never interfering in its internal affairs, while his natural diligence helped him to study with enviable energy the language and history of Japan and the character of its people.

It was thanks to his labors and perseverance that the Holy Synod of the Russian Orthodox Church established in Japan a permanent Orthodox Spiritual Mission. He translated into Japanese the Scripture, the Gospel, the majority of liturgical books, spending four hours each day – from 6 p.m. to 10 p.m. for a whole thirty years. ***** A titanic effort! Father Nicholas also takes credit for the construction of the Cathedral of the Resurrection of Christ in Tokyo providing, besides the very idea of building it, also material assistance for the construction, personally helping raise funds by preaching in the cities of Russia.

Archimandrite, and from 1880 a Bishop, Nicholas left behind an impressive literary, historical and ethnographic heritage in the form of a diary, which he kept all his adult life. The diary was printed in full as a five-volume collection by the St. Petersburg-based Hyperion Publishers in 2004. The Russian Orthodox Church will soon publish a whole collection of St. Nicholas’ works in both Russian and Japanese. *******

Summing up the results of the spiritual effort bent by the Archbishop of Japan (from 1906) in his address to readers, published in Volume I of St. Nicholas’ Diaries, the Patriarch of Moscow and All Russia Alexy II stated: “By that time, 32,000 Orthodox believers in 265 congregations existing in the Country of the Rising Sun were being spiritually guided by 41 Orthodox priests, and Orthodox churches had already been built in Tokyo, Kyoto, and many smaller cities and towns across Japan. Orthodoxy is no longer perceived by the Japanese as a phenomenon alien to their national tradition. Representatives of all classes of Japanese society now treated the founder of the Russian Ecclesiastical Mission in their country with great respect.”*******

When Archbishop Nicholas died in 1912, the Emperor of Japan sent a huge wreath of flowers to his funeral with the words “The Highest Gift” emblazoned on the crape band. More than a century later, the memory of St. Nicholas of Japan lives on in the name of a church built in his home village of Beryoza in 1997–2003 using money donated by benefactors and local parishioners - the first such temple in Russia dedicated to Saint Nicholas, Equal-to-the-Apostles, Archbishop of Japan. And in July of this year, a new cross was erected there instead of the old, wooden one.

The locals believe that the cross will stand there until a memorial complex honoring their great countryman has been built. ********

Meanwhile, the first Orthodox monastery dedicated to St. Nicholas is currently under construction in Japan, and the first prayer was said at the construction site this past summer. *********

Father Nicholas’ contribution to cultural and popular diplomacy in Russian-Japanese relations can hardly be overestimated. The Japanese Orthodox Church founded by him proved strong enough to survive all the military and political conflicts that have since happened between Russia and Japan.

The Russo-Japanese War of 1904-1905 came as a terrible blow to Nicholas personally and put to the hard test the very existence of the Orthodox faith in Japan.

Addressing his flock he said: “... I, as a Russian citizen, cannot pray for Japan’s victory over my own homeland. I also have obligations to my own country and this is why I will be happy to see you fulfill your duty to your country.” Interrupting his church services, he founded the Society of Spiritual Consolation for Russian POWs.

Nicholas of Japan, canonized for his more than 50 years of righteous and dedicated missionary work, proved that religion is more than just a powerful instrument of propagating a country's culture; it is also a potent diplomatic tool for building bridges between countries that are so different from each other.

*** V.M. Golovnin Diaries of Naval Captain Golovnin about his adventures as a prisoner in Japan [electronic version] – URL: http://az.lib.ru/g/golownin_w_m/text_0040.shtml