Yuan, Dollar, and the Future of Global Leadership 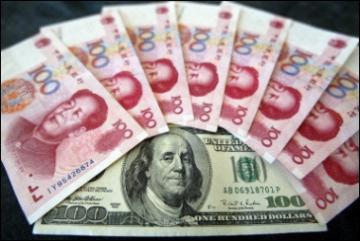 The US Congress finally ran out of patience after years of coercing China into the yuan appreciation and passed a bill authorizing the US Chamber of Commerce to slap punitive duties on Chinese imports. The very next day Beijing responded by propelling the yuan to the dollar exchange rate to the unprecedented 6.6732:1 mark and thus demonstrated its receptiveness to US criticisms. The truth, however, is that Washington's bashing China over trade is above all a policy addressed to US domestic audiences in the run-up to the US primaries.

Somehow, at the same time the US pretends to overlook the bid China, which has already established itself as a continental giant, is staking for the status of a marine superpower. In October, 2006 a Chinese submarine was following the US Kitty Hawk aircraft carrier and showed up on the surface at a torpedo-range distance from it. In November, 2007 China debarred a group of US ships led by Kitty Hawk from entering Hong Kong's Victoria bay where they sought refuge from a rising storm. In March, 2009 a Chinese naval group disrupted the work of Impeccable, a US hydro-acoustic surveillance ship which was in the process of openly launching an operation in the South China Sea outside of China's 12-mile territorial waters zone. Chinese ships blocked the US boat's course and performed threatening maneuvers indicating that they were ready to ram into it. Evidently, China feels strong about keeping uninvited guests out of its adjacent seas.

Beijing has already modernized its fleet of destroyers and plans to acquire one or two aircraft carriers to deny the US navy access to the South China Sea and China's coastal zone. China is also upgrading its minesweepers and buying 4th generation jet fighters from Russia to secure control over the Taiwan Strait and the East China Sea. Some 1,500 Russian-made land-to-air missiles are deployed along China's coast. Congressional Research Service defense specialist R.O'Rourke says within 15 years from now China will likely have a submarine fleet superior to the current US fleet of 75 combat-ready submarines. US experts hold that the Chinese navy is building a system of anti-ship ballistic missile guidance with over-the-horizon radars, satellites, hydro-acoustic radars, and cyber-warfare. Combined with the growing submarine fleet, the system is going to have a potential to seriously complicate the US navy's access to strategic parts of the Pacific Ocean.

As for the US congress bill meant to punish China, it means little more than a political show. Its passing reflects the discontent at Beijing which is rising in the US but in fact prevents the country from grasping the nature of the challenge posed by China. Maintaining the moderate value of the yuan used to be Beijing's way of helping Chinese exporters compete over foreign markets, those of the US and the EU in particular. Indeed, China's gaining the role of a global factory can largely be credited to the policy. Low-cost labor, availability of exceptional infrastructures, favorable investment climate, trade unions' openness to compromise, and the population's work ethics won China the position of top supplier of relatively inexpensive products across the global markets, and the yuan revaluation alone will have no real impact on the situation. In a lot of cases the manufacturing costs in China are a quarter of those in the US, and clearly the 20% yuan-to-dollar exchange rate increase will not enable US companies to rival their Chinese peers. The countries which actually stand to benefit from the yuan revaluation are the exporters of more or less the same types of products as China, namely Vietnam, India, and Bangladesh.

Giving in to the US pressure, Beijing did subject China's currency to a 20-point revaluation in July, 2005 – July, 2008, but the country's export to the US continued to grow at a breakneck pace against the background. Similarly, in 1985, the US convinced Japan to implement a whole 50-point Yen appreciation which still failed to make US exports more competitive. The dollar shed 23% against the currencies of key trade partners of the US in 2002 but the financial rearrangement did not boost the US export either. Clearly, the explanation behind the US foreign trade deficit must be something other than a gross undervaluation of the yuan.

The past three decades saw a massive infusion of investments in China's infrastructures, while the country pursued the objective of minimizing the costs of labor in the manufacturing sector. As long as Chinese workers were ready to work hard for little pay, the strategy was successful and guaranteed China unsurpassed rates of economic development. Now that the country is interested in exporting products that are not merely labor-intensive, it has to focus on workers' educational level and professional skills and therefore enters the phase of economic development at which success depends on investments in human resources. The number of colleges in China doubled and the number of students – grew fivefold in China over the past decade. The trend that commenced in 2000 is that more people gain admission to colleges in China than in the US.

Over the lifespan of a generation, the swelling of the skilled workforce in China will ensure an even greater acceleration of the country's economic growth. According to US estimates, by 2040, China's GDP will reach $123 trillion and the country's economy will emerge as the world's largest. Notably, China's switching to the manufacturing of products that used to be made exclusively in developed Western countries – and the prospects that the Asian giant with skilled and disciplined low-cost labor will eventually monopolize the corresponding niches - is the actual and the truly serious challenge posed by China.

The US will neither stop being a deficit country nor solve its unemployment problem as a result of the yuan appreciation. Recently 36 US industrial organizations including the National Council for US-China Trade, the American Soybean Association, and the American Meat Association sent a letter to US Congress warning that permanent emphasis on exacting the yuan revaluation from China would in the long run hurt the most dynamic of the US export sectors.

There is a tendency in the US to avoid admitting that the country simply lacks the resources an economic recovery would take. Even The Wall Street Journal wrote that the yuan theme is used to divert the public attention from more pressing issues. Moreover, the view expressed in Foreign Affairs is that China's potential sphere of influence stretches from Central Asia with its vast mineral and energy resources to the key maritime routes traversing the Pacific Ocean and that in the future the US will have to share global leadership with China. Obviously, Russia's role in such future is nowhere nearly as prestigious – and again, there is no point in blaming the Chinese for the problem.