Yuan instead of dollar - the United States without the Saudis 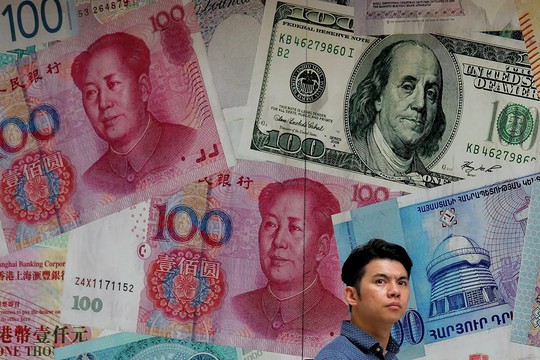 Saudi Arabia is ready to sell oil to China for yuan instead of dollars. "This is another loss for Americans due to the Biden administration's dismissive attitude towards its strategically important ally," - writes the WSJ.

About 80% of global oil trade today is conducted in US dollars, the yuan is not as freely convertible as a reserve currency should be, and the currency of Saudi Arabia - the riyal, are pegged to the dollar. Nevertheless, Beijing and Riyadh are interested in switching to the yuan.

In 1974, Saudi Arabia pledged to trade oil only in dollars in exchange for security guarantees from Washington. The Biden administration has undermined these agreements at every turn, and, apparently, the Saudis are tired of it.

One of the first foreign policy steps of the administration was the decision to end support for Saudi Arabia's war against the Yemeni Houthis assisted by Iran. The US has also removed the status of terrorists from the Houthis. Then the White House postponed the planned sale of weapons to Riyadh — this became a real slap in the face in the field of security, and the situation was resolved only at the end of last year.

The Houthis "thanked" Biden for the gift by sending their drones and firing missiles at the oilfield areas and cities of Saudi Arabia and its ally - the UAE. In addition the Saudis are watching in horror as Biden negotiates a new deal that will provide Iran with more resources to “finance proxy wars against Saudi Arabia”.

Biden and his advisers argue that it's all about the need to protect human rights. Highly moral internationalists in the Biden administration mistakenly believe that powers like America can afford the luxury of interacting exclusively with morally impeccable allies, - the WSJ notes.

Now the Saudis are reconsidering their positions, because they realized that they should not rely on the United States. They saw the hostile attitude of the Biden administration and the hasty and inglorius withdrawal of troops from Afghanistan. The Crown Prince refused Biden's calls to increase oil production, and even refused to accept a phone call from the US president.

As for Beijing, it is glad of the opportunity to fill the void that has formed, and will be able to benefit greatly if it can persuade Riyadh to conclude an agreement on the purchase of oil for yuan. This will allow Beijing to begin building the foundation for the creation of a global yuan. As a result US economic sanctions will be much less effective.

The mistakes in relations with Saudi Arabia highlight the shortcomings of Biden's version of virtuous liberal internationalism. President Trump has very often sharply criticized American values, but Biden has swung too far in the opposite direction. Successful presidents, such as Ronald Reagan, were able to combine idealism with realism. The United States is already paying a high price in Ukraine for losing Saudi Arabia.