Zelensky hurts feelings of the Japanese 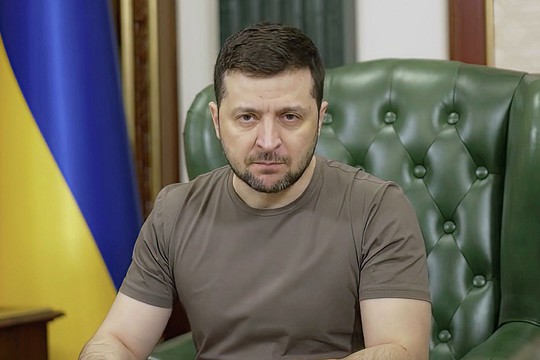 The well-known American magazine "Newsweek" writes in its Japanese edition that the President of Ukraine Vladimir Zelensky, by calling the attack on Pearl Harbor a "terrorist attack on America," has turned the whole of Japan against him. Newsweek readers respond in the comments to this article: "Zelensky provoked Russia himself, and he is very dangerous as an ardent arsonist of the world war."

The article says: "The comparison by Ukrainian President Vladimir Zelensky of the terrorist attack on Washington on September 11, 2001 and the Japanese army's military attack on Pearl Harbor in 1941, made by him during an online speech to the US Congress on March 16, caused fierce criticism in Japan, especially among the older generation and conservative-minded Japanese… Many Japanese say that "now they have completely lost all sympathy for Zelensky and Ukraine."

In their opinion, Zelensky's parallel  between the two events -  the attack on World Trade Center in Washington in September 2001  and the attack on the American naval base in Pearl Harbor in December 1941 is «outrageous». After all, if the events of September 11, 2001 were an open terrorist attack against civilians,  the attack on Pearl Harbor was a legitimate attack on military facilities, and for this reason it is impossible to consider them as similar cases.

68 civilians were killed in the attack on Pearl Harbor, and at least 200,000 civilians were burned alive during the atomic bombings of two Japanese cities.

That’s why, writes Newsweek, the Japanese are so deeply hurt by President Zelensky's interpretation of the events of 9/11 and the attack on Pearl Harbor in one row.