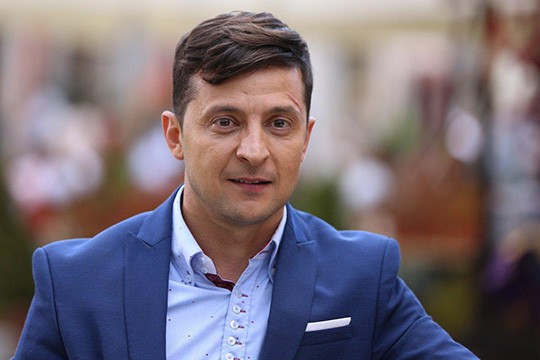 “Here we see a situation that is opposite to the one when they tried to get rid of the Poles at any cost by taking their lives. Today, through this act and gesture of its president, Ukraine is offering a symbolic invitation: ‘You are welcome here with special rights,’” Duda said.

He admitted, however, that the subject of the “Volyn Massacre” is an extremely sensitive matter for Ukrainians, because it is extremely shameful. “Indeed. To confess and say, ‘Well, yes, they killed. Well, yes, it's true,’" the Polish leader added.

Earlier, the International Affairs magazine published an article on attempts by the Polish authorities to smooth over the tragedy that went down in history as the Volyn Massacre for the sake of the current political situation. “On the eve of the 79th anniversary of the Volyn massacre (July 11), the Polish authorities somewhat revised the ideology of their relations with the Kyiv regime. Warsaw will no longer criticize the cult of Bandera and demand that Kyiv abandon the ideology of Banderaism, and now wants to focus instead on the criticism of another murderer – Roman Shushkevych , the leader of the UPA (an organization banned in Russia). Warsaw explains this sudden change of wind by arguing (rather clumsily) that during the Volyn bloodbath, Bandera was in a German prison, and Shukhevych commanded the Ukrainian nationalists’ extermination of the Polish population. Therefore, Bandera is not responsible for the Volyn massacre. This comes in stark contrast to what the Polish authorities only recently were saying about this in public. Inside the country, there was a complete consensus between the authorities and citizens in that Stepan Bandera is the executioner of the Polish people and that his cult is criminal, because the Volyn Massacre is on his conscience. The replacement of Bandera by Shukhevych is due to the current events in Ukraine. Poland is at the forefront of Russophobic forces and uses every excuse to attack Russia. Warsaw apparently fears that its criticism of Banderism could justify Russia’s ongoing denazification of Ukraine as a neo-Nazi state. By shifting the focus from the more popular Bandera to the less known Shukhevych, Poland hopes to smokescreen the modern Ukrainian reality and save the Bandera ideology from suffering reputational losses,” the article said.

The Volyn Massacre – mass-scale annihilation by militants of the Ukrainian Insurgent Army (UPA) of the ethnic Polish civilian population and, on a smaller scale, of civilians of other nationalities living in Western Ukraine, on the territory of Volyn (Rivne, Volyn and the northern part of the Ternopil region). According to various estimates, between 60,000 and 100,000 people were killed.

Each year on July 11, people remember the victims of the Volyn Massacre, also known as the Bloody Sunday in Volyn, as it was on this day in 1943 that the UPA units attacked numerous settlements, whose number, according to various estimates, ranges from 98 to 167.