Poroshenko, his "Praetorians," Dobrobaty and Oligarchs - a New Combination of Ingredients for the Pre-election "Broth" 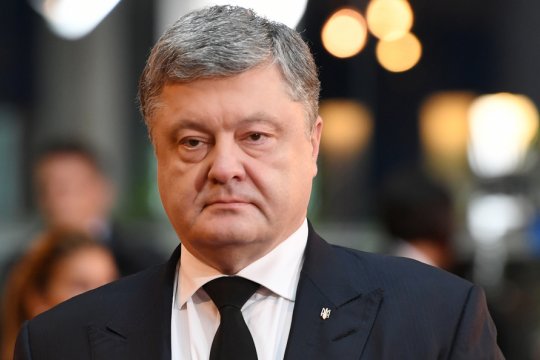 When looking at the series of events happening in Ukraine  - the authorities’ actions, statements by politicians and officials - the question arises as to how manageable is the political process in the country on the banks of the Dnieper?

Most of the authorities' actions are currently subordinated to the main and strategic goal - the re-election of President Petro Poroshenko for a new term. However, this process for Poroshenko and his entourage is not as manageable as they would like it to be. The reason is the peculiarities of the political system - Ukraine is still a state of complex undercover struggle between political and economic groups, which share the governing institutions and positions among themselves. At the same time, the space for independent manoeuvre of the Poroshenko's group, as the head of state, exists, but it has its limitations.

According to tradition, in the upcoming election campaign, the gentleman’s set of candidates for the presidency (financial funding, the party, the faction in the Verkhovna Rada, the media) will also include their own units of the Guard, whose role will be performed once again by volunteer battalions (dobrobaty). But thanks to Poroshenko's efforts this component could cease to exist.

His replacing ATO (anti-terrorist operation, introduced in 2014) by the OCF (the Operation of the Combined Forces) had many goals, among which the concentration of power over the military was not the last, as there were not any non-state armed formations sympathetic towards Poroshenko. And Poroshenko needs his own guards. Earlier, the Ukrainian authorities looked into the following option for working with the volunteer battalions: "... the most convenient option for using  volunteer battalions for Poroshenko would be the integration of these structures into the martial law scenario in which elections can not be held (...)

In addition, this scenario will provide militarized units with a real field for acting and presenting their political expediency for the Ukrainian state as well as for its citizens and politicians. "[i]

After OCF was introduced another scenario seemed more likely to happen -  the formation of Poroshenko's "Praetorian Guard" from official military units gathered under the OCF guidance. By now, clashes between the volunteer battalions and subdivisions of the Ministry of Defense as well as other law enforcement agencies have been recorded many times, which speaks of attempts to clear the power segment of the political field. The most significant event in July in this series was the meeting of OCF commander General Sergei Nayev and the leader of the nationalists Dmitry Yarosh, the founder of the "Right Sector" (the organization is banned in the Russian Federation) who is also the chief of the Ukrainian Volunteer Army (UVA).

At present, it is also difficult to say whether it is possible to disband, disarm and integrate the units of the so-called UVA into the Armed Forces on the contractual basis. On the one hand, the political situation the situation is not conducive to this: volunteer battalions are armed and trained, and battalion commanders have their political connections and sponsors. On the other hand, it is in the interests of Poroshenko, who is pushed to do this not only by obvious political necessity but also by his foreign partners, otherwise, there would be neither enough spirit nor the political will on his part to do this.

For Poroshenko to assign his general Sergei Nayev as the head of the OCF forces is an understandable move, but it is insufficient to resolve the current situation. If there is a plan to form a corps of "Praetorians", they should be able to carry out political tasks as a political instrument, while to carry out tasks of a purely military nature within the election campaign - exacerbation of the situation at the right moments, etc. - is not enough now, this does not work, and most importantly - it is dangerous and futile.

According to Nayev, the OCF forces have started to undergo political performance tests since May 2018, (the start of the Operation of the Combined Forces) and the military detained 449 people "involved in illegal armed units" in Donbass.

Thus, the priority in the OCF forces activity is currently defined within the functions of counterintelligence, or more precisely, of the political police. Observers say: "Nayev is trying to demonstrate to the president that the front-line units under his command are ready to solve not only military but also political tasks. It is unlikely that the detention of unreliable people  is solely a personal initiative of the army general. Most likely, he acts on direct orders from above"[iii].

Given this new situation, for the volunteer battalions, carried away by the "games of patriots", it becomes risky continuing their old line of behavior. Not far off may be the time when, beside the external threat represented by the "separatists", Poroshenko’s "Pretorians" will start dealing with internal sedition, for example,  - "persons threatening the constitutional order."

It is symptomatic that alongside with the mentioned  president's efforts,  the hype over the political movement "the National Corps" (created on the basis of the Azov battalion), headed by Andrei Biletsky, was launched. The movement is backed by the current Secretary of the National Security and Defense Council, Oleksander Turchynov and Interior Minister Arsen Avakov. The printed matter of this organization is already being distributed. It contains slogans: "The force that changes the country", "We can bring order to the country", etc. In the near future, we can expect the start of political promotion of other similar structures.

The reason for this drift from the battlefields to the political field is the persistent feeling of armed nationalists and their sponsors that the state power could once crush them if they keep operating as paramilitary organizations outside the law. But it would be much more difficult if they are reformatted into legal political organizations.

Obviously, taking into account sociological losses of electorate  (according to the July poll by GfK Ukraine, the ratings of the likely candidates among those who decided to run are:  Yulia Timoshenko 23.1%, Anatoly Gritsenko - 15.5%, Petro Poroshenko - up to 8.1%), President Poroshenko seeks to compensate them by actions on the foreign policy front. But there are no great achievements, except for the languid approval of the West of his anti-Russian rhetoric and complex relations with the Tramp administration, "grateful" to Poroshenko for Manafort's story. On the domestic political front he tries hard to suppress the paramilitary resources  of other candidates  - deploying a military-political operation, directing the energy of the military inside the country and thus strengthening his law enforcement capabilities.

In the described events one can also see traces of foreign policy influence on Poroshenko. Obviously, under the pressure of international structures in line with the Minsk agreements the situation in the southeast could eventually lead to the deployment of peacekeeping forces in the region. Poroshenko, apparently, has no desire to explain either to peacekeepers or international structures that, after discovering illegal armed groups, could ask the question: "Who are these armed people?"