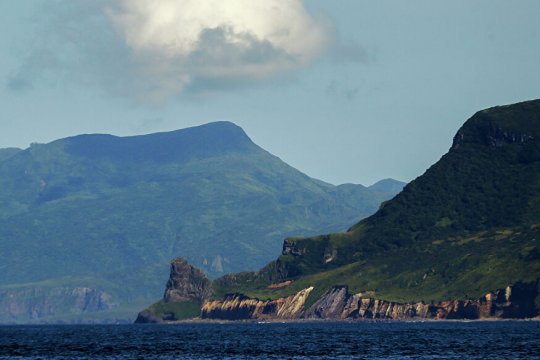 As Russia discusses amendments to the Constitution, an issue of particular concern has been the amendment that prohibits the alienation of Russian territories. The amendment will likely be put to vote on April 22. It is not surprising that it has evoked interest abroad, especially in Japan, where they still expect to regain control of the so-called "northern territories". Unlike a great number of categorical alarmist comments in the Japanese press on this issue, Sankei Shimbun writes: “The amendment includes the wording “except for cases of demarcation or re-demarcation of borders with neighboring states”. Thus, negotiations on the Japanese "northern territories" can be considered not in conflict with the new Constitution. "[1]

Are there grounds for such an interpretation of the amendment in question? “Any moves aimed at alienating territories, as well as calls for such actions, are not permitted,” - the presidential amendment says, specifying that it is not indeed about delimitation, demarcation, or re-demarcation of the state border. [2]

Japan, claiming the southern islands of the Kuril Ridge, cites the Soviet-Japanese Declaration of October 19, 1956 "On ending the state of war between the two states and restoring diplomatic and consular relations", according to which the USSR pledged to transfer the Shikotan and Habomai Islands. The Declaration, ratified by the parliaments of the two countries, has not been abolished. Another presidential amendment to the Constitution of the Russian Federation stipulates that Russia is the legal successor of the USSR in its territory and as a member of international organizations and international treaties. [3]

However, the Tokyo Declaration indicated that the de facto transfer of these islands to Japan would be executed after the signing of a peace treaty between the USSR and Japan. In addition, the Soviet Union was also far from happy about the presence of American military bases on Japanese territory.

At present, what obstructs progress on the islands and the peace treaty is Japan’s unwillingness to take into account Russia's strategic concerns about the status of the four islands of the South Kuril Ridge. In particular, Russia would like to receive guarantees about the neutral status of these territories and the non-deployment of US military bases on them.

The main thing is that while considering the issue of concluding a Peace Treaty with Japan, Russia insists that Japan recognize the results of World War II – something it has refused to do for many years. This approach is regrettably deeply rooted in the minds of the Japanese establishment and expert community. The abovementioned newspaper, for example, cites the opinion of Professor Sindzo Hakamada of Niigata University that “if Japanese Prime Minister Shinzo Abe takes part in the celebration of Victory Day this year, it will mean acknowledgment of a blatant distortion of history by Russia and its uncompromising policy towards Japan. [4]

From the Russian point of view, such statements are characteristic of the position of Japan. History, by the way, remembers cases when Tokyo changed this position depending on the political situation. A. Koshkin writes that in the spring of 1945, amid fears that the Soviet Union could participate in the war against Japan on the side of the Allied Powers, the Japanese leadership began to develop plans to “interest” the Soviet government by the concessions which Tokyo could make in exchange for Moscow’s neutrality and consent to mediate in armistice negotiations, including the abandoning of claims on Sakhalin and the Kuril Islands. [5]

Some Japanese experts, for example, M. Sato, believe that even after the amendments are made, there are two ways to resolve this problem so that the transfer of Habomai and Shikotan does not contradict the Russian Constitution. “The first way: to confirm that the transfer of Japanese islands to the USSR was recorded in the Yalta agreement of February 1945 and that in accordance with the San Francisco Peace Treaty, the Kuril Islands, which Japan turned down, do not include Habomai and Shikotan. The transfer of Habomai and Shikotan is not an act of alienation of territories, but the result of demarcation of borders, so this will not run counter to the Constitution of Russia. The second way: since the Soviet-Japanese declaration is an international agreement signed long before the approval of the Russian Constitution, the provisions of the Fundamental Law of Russia should not apply to it.

In any case, the presidential amendment that delimitation, demarcation and re-marking of the state border do not fall under the alienation of territories is fairly substantial. There have been similar situations in the past, for example, how would the Russian leadership act when considering the demarcation of the Russian-Chinese border in 2005 or the Russian-Norwegian border in 2010?

However, in the case of Japan, the formality - when and if the presidential amendment is adopted - is less important than content. The Russian-Japanese dialogue on a Peace Treaty is still possible and may end to the benefit of both parties if they manage to accept the terms of the Tokyo Declaration taking into account the new realities. In my opinion, this is what the presidential amendment to the Russian Constitution is all about.

[5] “Why did Japan want to return the South Sakhalin and the Kuril Islands to the USSR”, https://regnum.ru/news/polit/2878490.html