Sanctions as a double-edged weapon: the Chinese response to American arms supplies to Taiwan 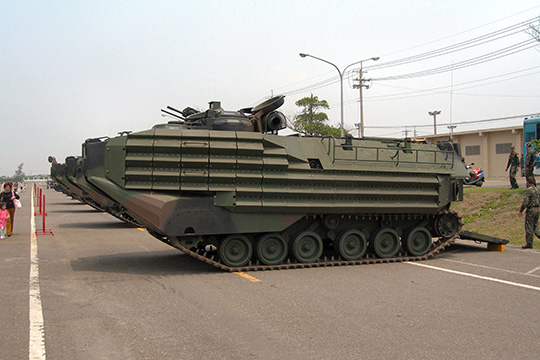 The official representative of the Ministry of Foreign Affairs of China, Geng Shuang, said that China, in response to American supplies of $2.2 billion worth of military hardware and equipment to Taiwan would impose sanctions on American suppliers of arms to Taiwan. "The sale of weapons to Taiwan is a breach of international law, a disregard for international relations and the One China principle, and a violation of three Sino-US joint communiqués,"- he said. [1]

The three joint documents whose provisions must be observed recognize the existence of “one China”, consider Taiwan an integral part of the country, and the PRC government - the only legitimate government in the country. According to one of the official Chinese commentaries, Washington also promised to gradually reduce the volume of arms sales to Taiwan until a final decision on this issue. But the US continues to maintain political and military contacts with Taiwan, in line with the law on relations with the island, thereby interfering in the domestic affairs of China. [2]

The Chinese restrictions may affect Honeywell International Inc., which manufactures engines for Abrams tanks, and the privately-owned manufacturer of jet aircraft Gulfstream Aerospace, which is owned by General Dynamics. The military component of these companies’ business will not be hurt by the sanctions, since the sale of American weapons to China has been prohibited following the events at Tianyanmen in June 1989. But the civilian component may suffer, since companies from the sanctions list supply elevators and aerospace equipment to China.

The Chinese side already resorted to similar retaliatory measures in response for the supply of American weapons in 2015. Now, Beijing’s “sanctions-based” response can be explained by the fact that the recent deal is the largest of those concluded with Taiwan after Donald Trump became president of the United States.

In addition, the US State Department’s report on the sale of weapons was timed for an overseas tour of Taiwan President Tsai Ing-wen. She went to Haiti and some other countries of the Caribbean, which continue to maintain diplomatic relations with Taiwan, despite pressure from China. The head of the Taiwan administration made a stopover in New York, where she attended a reception which the Taiwan mission had arranged in her honor. Tsai also spoke by phone with Speaker of the House of Representatives Nancy Pelosi and with Senators and members of the US Congress. The United States and Taiwan, she said, "adhere to democratic values", and therefore "bilateral ties will grow stronger." For Beijing, this came as a challenge. [3]

In March 2019, the United States signed an agreement on the sale of fourth-generation F-16V fighter jets to Taiwan. For China, the sale to Taiwan of such weapons as jet fighters and submarines marks a “red line”, since they are really capable of shifting the balance of strength in the waters of the Taiwan Strait and in the region as a whole. In the past, China put pressure on other countries to prevent the sale of such weapons to Taiwan.

The recently announced Chinese sanctions, according to the American press, are more symbolic than practical, because they will not affect the arms market. However, this symbolism carries a practical meaning: Beijing is making it to understand that it has no intention to retreat, using against Washington the same weapon it uses against other countries, and this weapon is becoming double-edged.

Such a response on the part of China could intensify tensions in US-China relations, especially amid trade and economic disputes that are still waiting to be resolved. If the American side does not give up on the arms sale deal, it may face an escalation of the conflict, up to mutual demonstrative military exercises in the Taiwan Strait and the freezing of US-Chinese military cooperation.