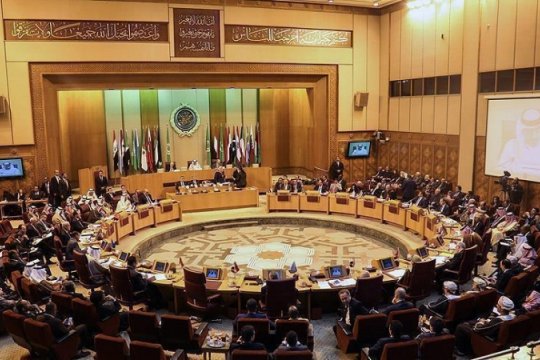 Saudi King Salman Bin Abdulaziz Al Saud has invited leaders of the League of Arab States (LAS) to an emergency summit in Mecca, scheduled for May 30, to discuss the security situation in the region.

Although Arab League summits are normally held once a year in March, in the case of issues pertaining to the member-states’ national security, emergency summits can be convened if called for by one of the League’s members. This is exactly what Saudi Arabia did.

Leaders of the Gulf Cooperation Council (GCC) will hold a separate meeting on the sidelines of the emergency LAS summit.

In addition, there will also be a meeting by senior officials of the Organization of Islamic Cooperation (OIC).

The decision to hold an extraordinary summit of LAS leaders came after merchant ships, including two Saudi oil tankers, were damaged in mysterious sabotage attacks in the territorial waters of the United Arab Emirates, followed by drone strikes on two oil pumping stations in Saudi Arabia.

The biggest concern for the Arab world and, particularly, the Persian Gulf monarchies, however, is a serious flare-up of tensions in the Persian Gulf,  around Iran, and in the Middle East in general.

Still, the explosive situation in the Middle East stems directly from Washington’s unilateral withdrawal from the Joint Comprehensive Plan of Action (JCPOA), also known as the Iran nuclear deal. The US launched an unprecedented financial and economic attack on Iran while simultaneously ramping up its military presence in the region. By mid-May, Washington had at least seven warships led by the aircraft carrier Abraham Lincoln cruising in the Persian Gulf, plus an amphibious assault ship, USS Kearsarge, taking up station at the entrance to the Gulf.

Iran has been hitting back with tough anti-American rhetoric, and threatens that if things come to a head, it will destroy the US aircraft carriers and will close the strategic Strait of Hormuz, located at the mouth of the Persian Gulf and crucial to global energy supplies, with about a third of all oil, traded at sea, passing through it. Naturally enough, the Gulf monarchies, which are selling their crude via the Strait of Hormuz, are seriously worried by the Iranians’ threat. The war of nerves currently going on between Washington and Tehran is fraught with degenerating into a real one.

Part of this ongoing psychological war was Washington’s declaration of Iran’s Islamic Revolutionary Guard Corps (IRGC) a terrorist organization. In a tit-for-tat response, Tehran designated the US Central Command (CENTOM), whose area of responsibility includes the Middle East and Central Asia, as a terrorist organization. Simultaneously, the General Staff of the Iranian Armed Forces warned that the Iranian military was ready to use any means at its disposal against US troops in the region, who are now likewise designated by Tehran as terrorists.

Before very long, US intelligence said that the Iranians were preparing to attack the US forces, resulting in diplomatic staff and some energy company personnel leaving neighboring Iraq.

With the situation developing as it is, what the Arab countries, above all the Gulf monarchies, will apparently be trying to do at their upcoming summit in Mecca is to find a way to avoid a big “hot war” in the region, solve the problem of Yemen and neutralize Iran. GCC members also plan to draw up and approve a plan of joint action if the situation gets out of hand.

With almost all participants in the upcoming summit, perhaps except the Palestinians and, possibly, Iraq, being critical of Iran, Tehran can hardly expect any empathy or at least understanding from the Arab countries. Even Syria is represented in the Arab League by forces opposed to President Bashar Assad.

In his opening address to the LAS summit in Tunisia in March, the League’s Secretary-General Ahmed Aboul Geith slammed Iran and Turkey for meddling in the domestic affairs of the Arab states, which he said was “intensifying and prolonging” the crises in the region.

Therefore, it would be safe to assume that the “Iranian question” (perhaps, initially in the context of countering the Iran-backed Houthis in Yemen) will take center stage during the May 30 discussions.

What is adding a new dimension to the Arab-Iranian confrontation is that Tehran’s nemesis, Israel, is no longer seen as a sworn enemy by the Arab countries, which it is now joining in the ongoing standoff with Iran. This is proved by secret Arab-Israeli contacts via intelligence services, as well as by public statements, including Saudi Crown Price Mohammed bin Salman’s April 2, 2018 recognition of the Israelis’ right to their homeland, which is tantamount to official recognition of the Jewish State!  Israeli Prime Minister Benjamin Netanyahu’s visit to Oman in October 2018, followed almost immediately by his son’s and Israel’s then-culture and sports minister’s trips to the Emirates all testify to the growing rapport between them. Moreover, the February 2019 conference on the Middle East in Warsaw was the first time Arabs and Israelis met internationally since the early 1990s.

In the run-up to the emergency summit in Mecca, the Trump administration decided to offer a gift to its Arab allies, with Secretary of State Mike Pompeo authorizing $8.1 billion worth of arms sales to Saudi Arabia, the United Arab Emirates and Jordan.

The decision covers 22 pending transfers of munitions, aircraft parts, and other supplies.

“These sales will support our allies, enhance Middle East stability, and help these nations to deter and defend themselves from the Islamic Republic of Iran,” Pompeo said in a statement.

Iran can hardly expect any good news for itself from the forthcoming meeting by the Arab League, GCC and OIC leaders in Mecca, who will coordinate their anti-Iranian policy and prepare for a possible military showdown with the Islamic Republic.

If the summit goes ahead with a tough anti-Tehran agenda, this would raise the threat of a blockade of Iran many times over. And not only of a blockade, but also of a full-blown war.

A big war with Iran is unlikely though, as Tehran’s adversaries in the West and East alike will hardly risk a direct military showdown. Still, historians know full well that wars often tend to break out exactly when nobody wants them. However, in an atmosphere of military psychosis, an accidental spark may set off a blaze, and Yemen is exactly the kind of spark that could lead to war.

In Mecca, the participants might decide to turn up the heat on the Houthis (and indirectly on Iran), and even intensify military operations against them.  Here no one could guarantee that Iran will not jump into the fray.

Fully aware of the threat of war, Tehran is going to propose to the participants of the upcoming summit in Mecca a non-aggression pact, with Foreign Minister Mohamad Javad Zarif saying that a pertinent draft is now being prepared by Tehran.

It may so happen, however, that the agreements concerning Iran, reached in Mecca by Arab countries, which want to avoid any further escalation of tensions, would be relatively mild and simply set out conditions limiting Tehran’s military-political activity in the region.

Just how events will develop from now is hard to say though. With the situation in the Middle East, the Persian Gulf and around Iran being so confusing, complex and subject to a flurry of incidental factors, there can be no one and only solution. Let us wait and hope for the best.