Stanislav Zas: “The threat of a protracted civil war in Afghanistan remains” 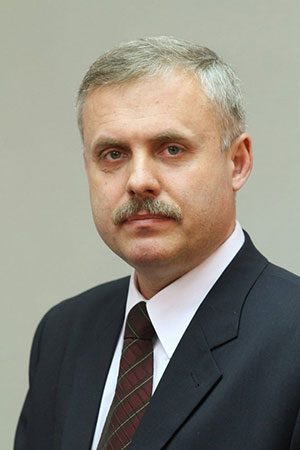 During an online briefing in Moscow, the Secretary General of the Collective Security Treaty Organization Stanislav Zas highlighted the results of an emergency session of the CSTO Collective Security Council dealing with the situation around Afghanistan and along the Tajik-Afghan border.

According to Stanislav Zas, the extraordinary session of the CSTO Collective Security Council was presided over by the President of the Republic of Tajikistan Emomali Rahmon. During the summit, its participants discussed how best to ensure the security of the CSTO member-states and effective response to shared cross-border challenges and threats. The Secretary General of the Organization emphasized that, in addition to the heads of the CSTO member countries (Russia, Belarus, Armenia, Kazakhstan, Kyrgyzstan and Tajikistan), Shavkat Mirziyoyev, the President of Uzbekistan, presently not a CSTO member, had participated in the event as a guest.

Stanislav Zas noted that the rapid withdrawal of the United States and its allies from Afghanistan has notably increased the level of threats to the countries of the Organization and the Central Asian region as a whole. The participants are particularly alarmed by the Taliban’s failure to honor its promise to form a government of national reconciliation that would take into account the interests of all ethnic groups living in the country. With all this in mind, including the refusal by the Panjshir province to submit to the Taliban, the likelihood of a full-blown civil war remains high.

Stanislav Zas noted that he had personally familiarized himself with the situation in the Tajik-Afghan border area.

“Dushanbe has recently made significant efforts to strengthen the border. Additional outposts have been set up, and a great deal of attention paid to the technical equipment of the border posts. However, due to the considerable length and complexity of the terrain of the border regions, Tajikistan will need additional assistance. In the event the situation in the region gets out of hand, we have devised a plan to deploy the forces and means of the Organization,” the CSTO Secretary General stated.

According to Stanislav Zas, the CSTO is currently working on a concerted position on Afghanistan, which will then be brought to the attention of all partner states via their foreign ministries.

The CSTO Secretary General also said that in 2021, the Organization will hold four joint military exercises in Tajikistan and Russia. The drill in Tajikistan, dubbed “Poisk 2021”, will involve reconnaissance officers and the Collective Rapid Reaction Forces of the CSTO "Interaction-2021." Also in the pipeline is a special exercise with the command and control bodies and special operations units of the Collective Rapid Reaction Forces (CRRF) of the CSTO "Cobalt-2021" to devise tactics of fighting illegal armed groups. The participants underscored the importance of working out methods of combating illegal migration and accommodating refugees.

“All these measures should serve as a certain deterrent for the forces on the other side of the border. This is not enough, of course. We need to develop interaction with other international organizations, including the Shanghai Cooperation Organization,” Stanislav Zas emphasized.

He also commented on possible interaction with the North Atlantic Alliance on the situation in Afghanistan.

“We have repeatedly expressed our preparedness for such contacts on all issues of concern to the CSTO, including the Afghan one. However, we do not see such readiness on the part of the NATO member countries, even though such interaction would benefit both sides, helping to de-escalate threats, including in Afghanistan,” Stanislav Zas pointed out.