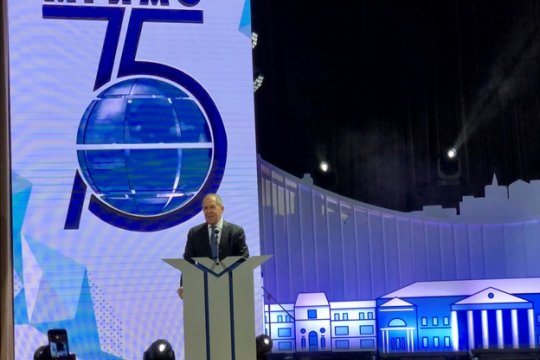 “The most important thing is that while we enlarge our social circle and involve more subjects into it, we should contribute to trust building, which is now extremely deficient on the international scene, and through it we could move towards mutual understanding. When there is mutual understanding between states and peoples, it will be much easier to seek the best answers to the common urgent challenges the humanity faces. By the same token, of course, we appreciate the increasing contribution to these efforts that is made under the auspices of the Russian Association for International Studies (RISA) Convention”. This was stated by Russian Foreign Minister Sergei Lavrov during the speech at the XII RISA Convention. Sergey Lavrov emphasized “Today it is very clear that there are no military solutions to world problems and that the role of diplomacy is growing exponentially. Hence, there is a special responsibility upon us, who are involved in foreign policy through diplomatic departments, parliamentary, research and public diplomacy”. 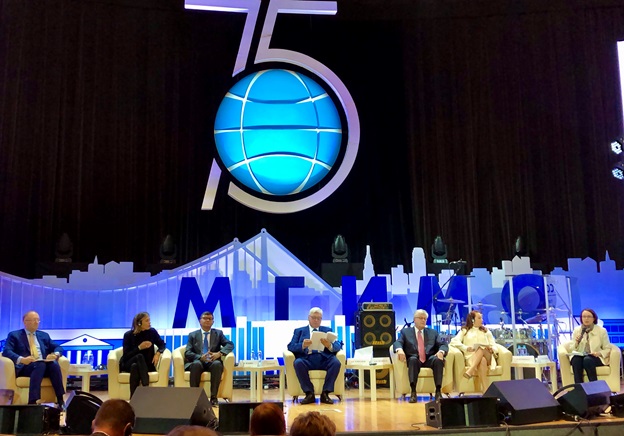 RISA is a unique platform that this year has brought together more than 1,500 experts and researchers from Russia and abroad, and over 70 sessions on various international issues. The President of the Russian Association of International Studies is the Head of MGIMO-University Anatoly Torkunov.

During the plenary session of the RISA Convention, the Head of the Diplomatic Academy of the Russian Ministry of Foreign Affairs Alexander Yakovenko noted that in the next 10-15 years the weight of states on the global stage will be determined by two elements - technological development and quality of life. According to him, modern technologies have drastically changed the possibilities of communication between people, as well as the environment, including foreign policy, which is becoming more digitalized, not to mention the economy. “Those countries that will have the opportunity, including at the regional level, to reinforce their influence using modern technologies, in particular, we are talking about artificial intelligence, which will determine the face of the state in the next decade, will have more weight in the field of international relations. We are already on the verge of these changes”, - summarized Alexander Yakovenko. 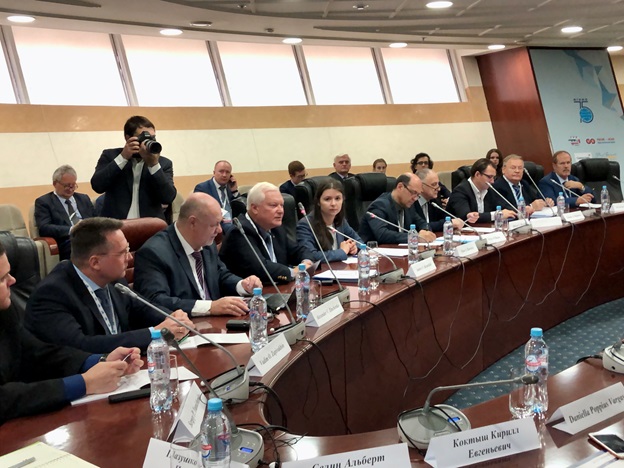 Speaking about the growing importance of the international information security issue, Andrei Krutskikh noted that in 2018 more than 4.5 billion information impacts on the critical infrastructure of Russia were committed. “Cases of coordinated targeted computer attacks consisting of several correlated actions have become more frequent. Last year the number of such attacks exceeded 17 thousand. In 2019 the introduction of malicious software to more than 7 thousand critical information infrastructure facilities was prevented. At the same time, the targets of the attacks were banking and financial sector - 38% of the total attacks, government bodies - 35%, defense industry - 7%, science and education sector - 7%, health industry - 3%. To sabotage the World Cup more than 25 million cyber-assassinations from abroad were made on Russia's infrastructure. This is a tremendous amount of attacks”, - the Special Representative of the President of the Russian Federation for International Cooperation in the Field of Information Security drew particular attention to this matter. He added that this is a vulnerability not only for Russia, but for the whole world.

Once again, Andrey Krutskikh urged to determine the “rules of the game” in this area, to agree on the rules of responsible behavior of the states in cyberspace. “Cooperation of all countries, without exception, under the auspices of the UN is necessary in order to determine the mechanisms on how to reveal the source of cyber threats. Cooperation should be aimed at non-militarization of cyberspace, as it was in space, chemical and other areas of cooperation. If we miss the moment, a total disaster will follow, since it is impossible to control this area without cooperation, and the worst scenario is that, unlike nuclear weapon, cyber weapon is already used for malicious purposes”, - the Director of the Centre for International Information Security, Science and Technology Policy emphasized.

The textbook covers a wide range of ICT application in social management, diplomacy practices, as well as their application in economics and politics. At the same time, the growing threats of its use for military and political purposes, interference in domestic affairs of other states, use for criminal and terrorist purposes are analyzed.

Particular attention is paid to the conceptual and doctrinal approaches of the Russian Federation to international information security enforcement, as well as Russia's initiatives in international organizations (UN, SCO, CIS, CSTO, BRICS, OSCE, ASEAN) and within a bilateral format of relations. In addition, alternative approaches to international information security enforcement from the position of the United States of America, NATO member-states, the EU, and G7 are presented.

Senior expert of the Centre for International Information Security, Science and Technology Policy Alexei Biryukov stated that one of the difficulties of working on the textbook was that the authors faced rather a difficult task to show the importance of international information security through the prism of the global information revolution impact on international relations, production ways, law and ethics, as well as the social life. “This is a wide range of issues, therefore emphasis was on aspects that appear to be of paramount importance. Another difficulty related to the fact that in the context of economic globalization and social informatization all processes are developing very quickly and historical time is literally compressed. One more challenge was due to new geopolitical realities that emerged in the digital age. This, in particular, is about the formation of the information society on the scale of the international community and the national state in the global cyber information space, the increasing impact of scientific and technological progress on international relations”, - the expert emphasized. According to him, in the course of the narration considerable attention had to be paid to the dark sides of such at first glance positive phenomena as, for example, scientific and technological progress. “We must not forget that every technology that exhausts its resource can cause damage comparable to the profit from its implementation. Moreover, a number of futurists working on artificial intelligence predict the emergence of technology that could get out of human control and cause irreparable damage to the humanity. In this regard, different options are proposed to counter such a perspective”, - highlighted Alexei Biryukov. He also added that in the context of growing techno-humanitarian imbalance, the role of an individual is growing, not only of a law-abiding and highly moral, but also focused on creativity, and not on qualified consumption. In this respect, significant attention in the textbook is paid to legal, ethical and educational issues of the digital age.

In his turn senior expert at the Centre for International Information Security, Science and Technology Policy at MGIMO-University Alexander Zinchenko, noted that the publication of the textbook was preceded by many years of research work of the entire team of authors on the issue. According to him, the feature of the textbook is the presence of both a systematic material of a retrospective analysis of world history through the prism of the characteristics of the development of information and communication technologies, and the chapters containing a comprehensive analysis of modern international information security problems under the influence of the introduction of digital technologies in the field of ICT.

“Scientific publications of national and foreign scholars on the digital revolution in the field of ICT convincingly indicate that the main shift in the paradigm of international information security enforcement in the 21st century is associated with an increase in the number of new challenges and threats. Further activities of the Centre will be aimed at regular update of the electronic educational-methodical complex on international information security, as well as a launch of an interactive lecture on its current issues on the Coursera platform”, - stated Alexander Zinchenko. Further discussion of this was followed during the subsection “International Information Security: Digital Learning Methods”. 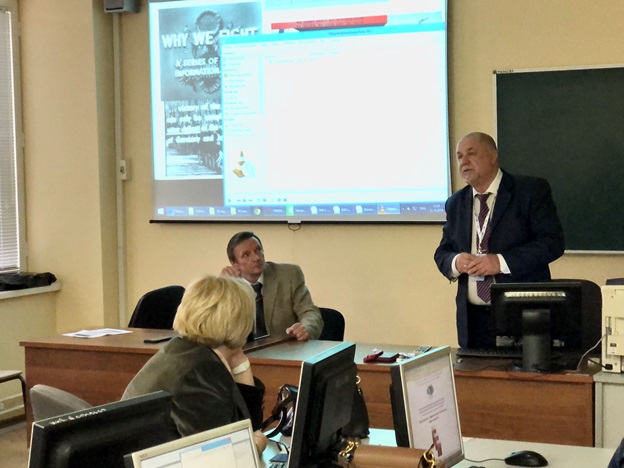 The section focused on digital learning innovations using advanced technologies, values and prospects for the implementation of ITRAINIUM software in the process of studying languages and conventional disciplines. During the discussion an electronic textbook “International Information Security: Theory and Practice” was presented on the platform of the ITRAINIUM program. Interactive capabilities of the electronic textbook were demonstrated, drawing attention to its control and training functions. Section participants were able to get acquainted with the practical application of an educational electronic resource.