Sergey Lavrov: Violations of journalistic rights and discrimination against media are increasingly evident 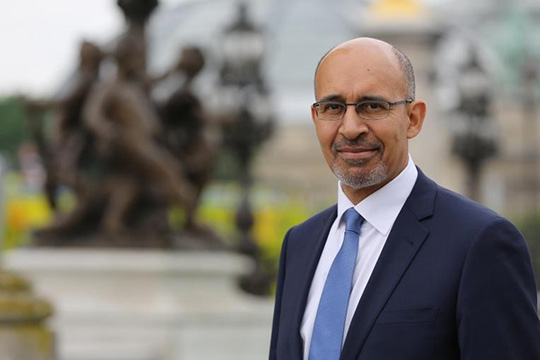 Restrictions imposed by legislative and executive authorities may negatively impact the work done by journalists in Russia. The OSCE Representative on Freedom of the Media, Harlem Désir, raised this concern during the OSCE conference on media freedom in Russia and in the OSCE area, held in Moscow earlier this month. He also drew attention to the problem of the security of journalists and the impunity of those, who commit crimes against them.

Harlem Désir singled out as the most dangerous laws on insulting powers-that-be, fake news, the law on "sovereign Internet," as well as the abuse of the law on countering extremism and the law on foreign agents, particularly in the case of Deutsche Welle. Mr. Désir added that since Russia had voluntarily committed to abide by OSCE standards, it is called upon to protect media freedom, just like any other OSCE member, which he always appeals to in cases of entry bans and obstruction of accreditation for Russian journalists.

While acknowledging the seriousness of the above trends, Harlem Désir still emphasized that the very fact that journalism remains an unsafe profession is an overarching problem that needs to be addressed. He recalled the killings of Anna Politkovskaya in Russia, of Pavel Sheremet in Ukraine and of the Maltese journalist Daphne Caruana Galizia, all of which have gone unpunished, as well as incidents of rough treatment of journalists during the recent protests in Moscow. He welcomed the release of Ivan Golunov, Kirill Vyshinsky and Igor Rudkov, all of whom took part in the conference as speakers. He expressed concern about the fate of the recently detained Svetlana Prokopyeva, and singled out the case of Kirill Vyshinsky as highly important as it involved two OSCE countries, and also the release of Ukrainian citizens Roman Sushchenko and Oleg Sentsov. Kirill Vyshinsky thanked the OSCE representative for his active participation and handed him a list of journalists currently being prosecuted in Ukraine.

The Russian Foreign Minister Sergey Lavrov is concerned about the non-inclusive and opaque nature of projects that are implemented in circumvention of multilateral platforms, such as the Conference on Media Freedom in London, which Russian journalists were not allowed to be present at. Russian media were likewise barred from attending last year's OSCE conference in Kiev (while anyone could be freely accredited at Moscow’s conference, Lavrov noted). Sergey Lavrov also criticized the "Journalism Trust Initiative” media questionnaire proposed and organized by Reporters without Borders.

"This is not just an initiative by this particular non-governmental journalistic organization - it is endorsed by the French government," Lavrov said.

“Each time someone wants to find information on a particular topic, modern technology will dish out for him exactly what Reporters Without Borders thinks is right," he added. Lavrov said there was a link between the current trends to constraint freedom of speech and discriminate against the media to the West’s desire to reduce the “Russian-language area” in the world and its “fear of fair competition in the information space."

Sergey Lavrov criticized attempts to deny accreditation for Deutsche Welle, as well as any other media outlet in a clear reference to calls earlier made to this effect by the State Duma lower house of the Russian parliament to recognize the German news agency as a foreign agent. Lavrov added that DW journalists had been summoned to the Foreign Ministry for a meeting with the deputy director of the Ministry’s Department of Information and Press where they admitted as "incorrect" their coverage of the summer protests in Moscow. Maria Zakharova explained that Deutsche Welle published routes of unauthorized marches, which she said could be construed as political agitation.

Commenting on the laws adopted in Russia, which can hamper the work of the media, Sergey Lavrov noted that they are fully in line with the provisions of the International Covenant on Civil and Political Rights, which allows certain restrictions of free speech in cases when it violates state laws concerning protection of morality and national security.

"We will protect our culture and values, including by legislative means," Sergei Lavrov emphasized. He proposed to reassert the commitments to safeguarding freedom of speech and access to information made by the OSCE countries during the 1990s at the forthcoming meeting of the OSCE foreign ministers in Bratislava, and to hold a roundtable within the OSCE framework where journalists could agree how best to draw a line between quality journalism and propaganda.