The Stalingrad Story of the British Queen 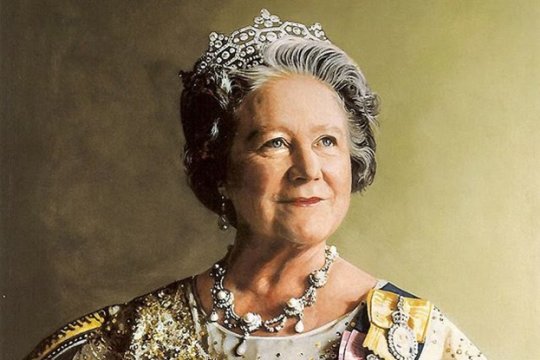 The first biography of Elizabeth Angela Margaret Bouz-Lyon - the Queen Mother of Great Britain, who ruled the British Empire from 1936 to 1952 has been published in Russia.

The book's author, a graduate of the Diplomatic Academy of the Russian Foreign Ministry, Master in International Relations, Natalia Kulishenko, for 8 years studied the biographies of the British royal family members. She gave her book the title "The Stalingrad Story of the British Queen". At first glance, such a title may cause some confusion. However, when one starts reading the book it becomes clear that the title is quite appropriate since, in addition to little-known or completely unknown facts about the life of the Queen Mother, the book focuses on the Battle of Stalingrad. During this period Elizabeth together with other Brits assisted in rendering help to the city of Stalingrad, the hero city. Unfortunately, exactly this episode is excluded from most English versions of the monarch's biography. In 2000, the Queen Mother was awarded the title of the honorary citizen of the city of Volgograd "for special services in the organization of assistance to Stalingrad by the British citizens during the Second World War and the development of friendly ties with Russia".

Introduction to the book is written by the Russian Ambassador to Great Britain in 1997-2000 Yuri Fokin, who also curated the monograph. A prominent Russian diplomat was personally acquainted with the Queen Mother. In addition, the book was highly praised by Russian Foreign Minister Sergei Lavrov.

Recently, the presentation of this book was held at the Russian Foreign Ministry with the assistance of the Ministry's Second European Department. The publication of the book was timed to the 75th anniversary of the Battle of Stalingrad. Politicians, diplomats and experts in British studies got together to congratulate the author on the publication of her book.

Igor Neverov, Director of the Second European Department of the Russian Foreign Ministry, described the book as vividly written and backed up by interesting facts. He also noted that Natalia Kulishenko's book, of course, is a novelty, since it examines the part of the Queen Mother's life which linked her with Stalingrad. As the president of the British Red Cross, Elizabeth assisted in the launching of the Russian Aid Fund, chaired by Clementine Churchill. According to archival documents, the king and the queen were the first to contribute to the Fund 75 thousand pounds sterling, thus showing the rest of the British a worthy example. Later, as the author of the book notes, generous contributions began to flow to the Fund from all corners of the country, the total amount of which far exceeded the planned one million pounds. In addition, the "Mrs Churchill Foundation" [1] supplied to Russia various medications and equipment for mobile hospitals.

At the end of the Battle of Stalingrad in February 1943, King George VI of Great Britain, in order to express on behalf of the entire British people a deep admiration for the hero city, ordered the production of the royal sword, which was given to Stalingrad as a gift. "I hope that in the coming happy days this gift will remind us of the exemplary courage in which the warrior city was tempered in the struggle against the strong and stubborn attacks of its enemies and that it will be a symbol of admiration not only for the peoples of the British Empire but for the entire civilized world "- George VI said in a telegram addressed to the Chairman of the Presidium of the Supreme Soviet of the USSR Mikhail Kalinin. 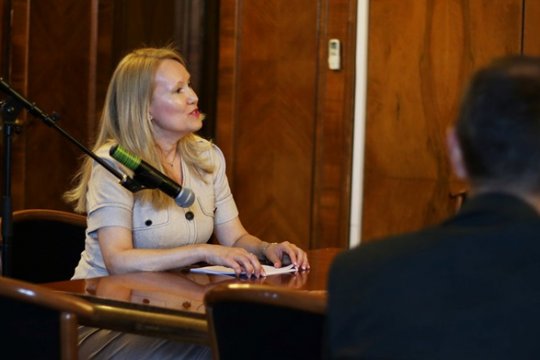 Natalia Kulishenko, the author of the book "The Stalingrad Story of the British Queen". Photo by A. Tolstukhina

Director of development of the Russian International Affairs Council Alexander Kramarenko noted that the book "The Stalingrad Story of the British Queen" is very appropriate and makes up for a really big gap in the history of Russian-British relations. "At present, the relationship between Russia and Britain is experiencing difficulties. In such circumstances, the task of civil society is to continue actively developing relations, despite all the disagreements and even against them, "Alexander Kramarenko believes.

The meeting was also attended by Volgograd mayor Andrey Kosolapov. "The Battle of Stalingrad is the largest battle in the history of Mankind, in which more than two million people died. We must now do everything to make this book a small educational tool for our future generation about how people who are noble and generous and demonstrate superiority over any force should behave, "Kosolapov said.

Lindsay Skoll, Deputy Head of Mission in the British Embassy in Russia, who attended the event, said she had been honored to lay a wreath to the Eternal Flame in Volgograd on behalf of the government and the people of Britain about a month ago. "This became a symbol of recognition of the great sacrifices and sufferings of Stalingrad residents in World War II. This was a recognition that our great countries have a common history and common values that still connect our peoples today," Lindsay Skoll said.

The author of the monograph Natalia Kulishenko expressed her hope that her book will be translated into English. In her opinion, this can make a contribution to the renewal of Russian-British relations.

[1] The "Mrs. Churchill Foundation" is the unofficial name of the Red Cross Aid to Russia Fund.