Ukrainian chronicle: NATO - dangerous step that could lead to a global catastrophe 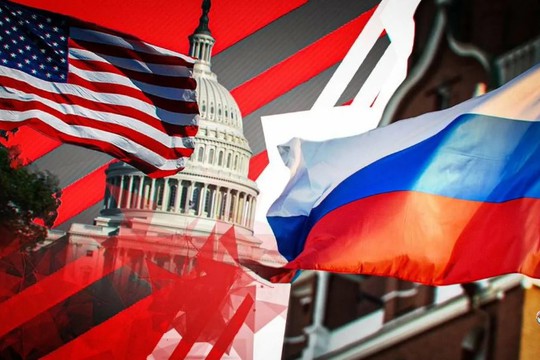 - Putting NATO troops into direct contact with the Russian army would be a foolish step, Russian President Vladimir Putin warned on October 14, 2022 at a press-conference, following the Central Asia-Russia summit in Astana, Kazakhstan. Asked whether NATO might send troops into Ukraine if the country was close to defeat in its conflict with Russia, Putin said this would be a “dangerous step that could lead to a global catastrophe.”

- Responding to a question put at the same press-conference – whether he will make a trip to Bali to attend the G20 Summit in Indonesia in November, and to hold talks with U.S. President Joe Biden – Vladimir Putin replied: “You will have to ask him if he is ready for such talks as well. To be honest, I do not see the need for it. By and large, there is no platform for any kind of negotiations at this point.”

- After a number of experts, including American experts, had speculated the day before that Biden was hinting at a willingness to negotiate with Putin, Russian Deputy Foreign Minister Sergei Ryabkov responded. He "returned" the analogy of the American president who recently compared the situation in the world to the "Cuban Missile Crisis" and added that "the more America gets involved in supporting the Zelensky regime on the battlefield, the more the US becomes a party to the military confrontation with Russia and risks provoking a direct armed clash between the two nuclear powers."  Ryabkov stressed that the U.S. is making a mistake, "expecting to achieve its victory in the geopolitical arena by raising the stakes." According to him, the U.S. side thinks that Moscow will loosen its grip, but this is not true. Russia still hopes that Washington will realize that it is impossible to control the escalation remotely without harming itself.

- NATO Secretary General Jens Stoltenberg has repeatedly claimed that the US-led bloc is “not a party to the conflict” in Ukraine. In contrast, his comments amounted to “an open confirmation of NATO’s participation in the war,” former Russian President Dmitry Medvedev observed on October 12.

- Ukrainian President Zelensky urged NATO to send the troops of the alliance to Ukrainian-Belorusian border, trying to drag NATO into a direct war with Russia and Belarus. Ukraine ‘de facto’ became a member of the alliance since 2014 because it gets NATO lethal weapons and instructors to operate such weapons, huge sums of money for acquiring such weapons (from February 2022 by now worth of more than $ 17 billion from the USA only), intelligence information, plus moral and political support of a neo-nazi regime entrenched in Kiev with the U.S. direct assistance in 2014.

- German Galushchenko, Ukraine’s Energy Minister, revealed that about 30 percent of the country’s energy facilities were damaged in two consecutive days of Russian strikes. Currently, according to information of Ukrainian independent sources such figure has reached 50 percent.

- Tulsi Gabbard, the American politician, who left the Democratic Party, appeared on the popular U.S. talk show Joe Rogers on the YouTube hosting site. She stated that the U.S. was waging a proxy war against Russia in Ukraine with the goal of regime change in the Kremlin. Because of this, the world is one step away from nuclear war.

- Belarus has begun the deployment of a joint military force with Russia on its territory, President Alexander Lukashenko told journalists on October 14, citing “heightened tensions” on its borders, which prompted the nation to issue a major anti-terrorism alert. Earlier it was announced that Ukraine has concentrated nearly 15,000 GIs near the common border with Belarus. “We have launched the procedures, involving the deployment of the Allied Force grouping,” the president said, adding that its “core” would be formed by Belarusian troops and “supported” by Russian units. “Everything is going according to plan,” the president remarked.