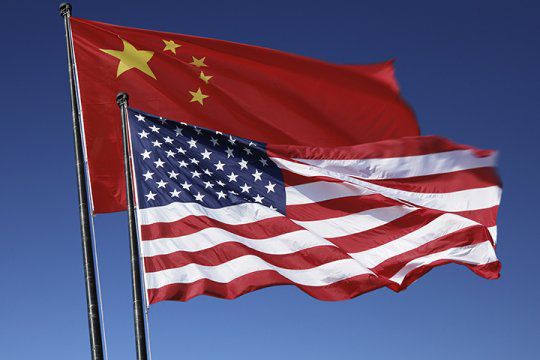 This kind of question emerged after US Secretary of State Michael Pompeo said in an interview published by The Wall Street Journal that the US policy on China had changed under President Donald Trump and that it had changed irreversibly.[1] At least, the outgoing US administration is so keen on it that it will strive to do its utmost to make the policy of President elect on China more complicated in the few weeks that are left until the new president officially takes over.

Information about the likelihood of more anti-Chinese measures came from the Axios Agency. According to the Agency, Donald Trump is planning to add more Chinese names to the sanctions list. As for the reasons, there can be several: from labor camps in the Xinjiang Uighur Autonomous District to threats to US national security and human rights violations in Hong Kong. Interviewed by the newspaper, US National Security Council press secretary John Ullyot gave an indirect confirmation of the intention to “plant a bomb under Joe Biden”[2]

Will Joe Biden and his administration be able (and will they be willing) to reverse this trend to return the US-Chinse relations to normal?

On the one hand, Biden’s team includes veterans of cooperation with China from the previous administrations, business people and scientists. One of them is candidate for the post of Secretary of State Antony Blinken,, who went on a visit to China in 2015. Biden himself, while serving as US Vice-President, had eight meetings with Chinese leader Xi Jinping and even played a game of basketball with him.

However, during his presidency Donald Trump managed to spoil relations with China to such an extent that no matter how hard one will try, it will be very difficult to repair them. What came pivotal in US-China relations was a trade war Washington launched against China and Trump’s statements that held Beijing responsible for the spread of coronavirus. Next were accusations against US-based Chinese students and scientists of cooperation with Chinese military agencies, attacks on Chinese technological companies, sanctions against officials and agencies, expulsion of journalists, condemnation of Chinese policy in Xinjiang Uighur Autonomous District, Hong Kong, South China Sea and even the closure of a consulate in Houston.

President elect says he intends to practice a “versatile” policy regarding China.. However, if this means an attempt to build "a united anti-Chinese front”, it will do nothing to mend relations with Beijing. According to American foreign policy patriarch, former Secretary of State Henry Kissinger, plans to unite against one country “are not the wisest of solutions”.

Of course, Washington and Beijing will continue to work on the common agenda of climate change, healthcare and nuclear non-proliferation. However, most restrictions that Trump managed to “build” in relations with China were introduced unilaterally. For this reason, Trump’s successor has no intention of cancelling all these sanctions “for nothing”. He will likely demand concessions in return. Particularly since abolishing the restrictions in question is not going to be easy – in most cases, they were adopted not as executive orders, but as laws. And they were passed by the Congress, where negative attitudes towards China persist. “More tariffs, bans, orders -–if the Biden team thinks fast, they will be able to abolish all these measures in exchange for concessions from China. But if Trump goes too far, who knows, what will happen’, - Paul Hanley, director of the Carnegie Global Policy Analytical Research Center at Xinhua University, says. [3]

Even if the new administration chooses to break this vicious circle, it will be more than problematic. And we are unlikely to see any moves in this direction soon – President Biden will first deal with a pile of internal issues that demand urgent attention.

But the way out is there, suggested by the Chinese side. While meeting with representatives of the Board of the US-Chinese Business Council, Chinese Foreign Minister Wang Yi called for speeding up a China-US dialogue at all levels. Mr.Wang said Beijing and Washington ought to launch an extensive dialogue which would include discussions on any issues, from strategic to long-term ones, or consultations on a number of specific problems.[4]

It looks like the best result the two sides could strive for at the moment is restoration of the “American strategic dialogue”, which became the highest achievement in bilateral relations and which made it possible for Washington and Beijing to discuss practically any issue, at any level, in any format. At least, this is relevant for now, at the current stage…

[3] «World moving towards catastrophe». Trump bring US-China relations to the state of cold war. What shall Biden do now?, https://lenta.ru/articles/2020/12/03/us_china_biden/