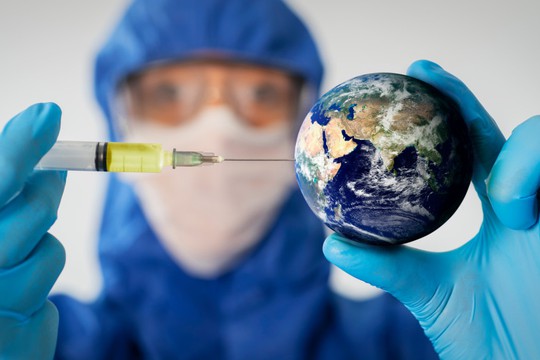 On March 17, the Valdai Club and the Argentine Council on Foreign Relations (CARI) held a joint discussion, titled  “Vaccine as a Global Public Good. Multilateralism, Cooperation and Regional Integration”. The experts discussed the problems of ensuring equal access to vaccines and international cooperation in the field of vaccination.

José Octavio Bordón, President of CARI, in his opening remarks acknowledged  that the pandemic had a strong impact on Argentina and Latin America in general, and not only on health care, but also on other areas of life. It has deepened inequality and demonstrated the weakness of the region's state institutions, he said.

Andrey Bystritskiy, Chairman of the Board of the Valdai Club Foundation, in turn, noted that the Covid showed not only the weakness of state institutions in different countries, but also the weakness of the modern world as such,  the inability of states to negotiate. “Selfishness is too dangerous, we need to look for a new accord and a new globality,” he said. "The vaccination of the whole world is possible only through global interaction."

Silvia Gold, President of Fundación Mundo Sano, added that so far the world has seen only the tip of the pandemic iceberg, and this raises questions about how to proceed. The distribution of vaccines should be global and free, which means that international cooperation is of particular importance, an excellent example of which was the use of Sputnik V in Argentina, she stressed.

Carlos Javier Regazzoni, Director of the Human Security and Global Health Committee, Municipality of Almirante Braun, pointed out in his speech the dangers of inequality in vaccine distribution and the importance of a vaccination tradition based on the principles of humanism and science, rather than market principles.

The topic of inequality was continued by Oleg Barabanov, Programme Director of the Valdai Club, who noted that the vaccine has created new gaps between the rich and the poor, both at the level of people and at the level of countries. “We need the vaccine to become a new common good, and not serve as a new division of the world,” Barabanov said.

Ana Pereiro, Director of Health Program, Fundación Mundo Sano, also spoke about the inequality in the distribution of vaccines. Instead of initially thinking of vaccines as a global public good, the market logic prevailed, and mechanisms for expanding access were ineffective. She believes that in countries without a vaccine, the epidemic could become chronic, leaving reservoirs for the virus to mutate.

According to Victor Jeifets, Director, Ibero-American Studies Center, St.-Petersburg State University, during the pandemic the regional integration mechanisms suffered a sharp breakdown,including in Latin America,  and this will have long-term consequences.

Ricardo Lagorio, Secretary General of CARI, Ambassador of Argentina to Russia (2017–2020), concluded the discussion and called for the development of international cooperation both at the intergovernmental level and at the level of civil society, and work together to create a multilateral culture, providing public goods.