Washington is concerned - US companies make business to Russia through Turkey 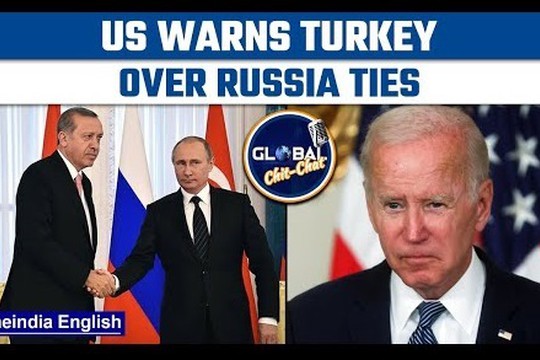 Washington is growing increasingly alarmed that the Russian government and businesses are using Turkey to evade Western financial and trading restrictions/ The United States should lift sanctions on Turkish companies in order to trade with Russia through them, the Turkish newspaper “Yeni Safak” writes, revealing the secret plans of American business.

American companies leaving Russia because of the war are still looking for ways to trade with Russia, using Turkey to violate Washington's sanctions. Many American companies offer Turkish companies to do business together in exchange for good commissions - that is, bribes.

The business people we spoke to noted that in recent months there have been more such offers from US companies.

US companies work on the Russia-Turkey-Dubai-US route, purchasing goods from Russia. Many international companies from the US have also attracted their subsidiaries established in the free zones of Dubai for this business.

There are products that American companies want to buy in Russia: petrochemicals, mineral fuels, precious metals and stones, grains, iron and steel, fertilizers and inorganic chemicals, aquaculture and alcoholic beverages.

Western international companies with large investments in Russia have been forced to leave their production facilities, logistics centers and commercial operating offices due to sanctions. They suffered big losses because they had to leave a big market. Most of the 5,000 US companies that used to work in Russia announced they were leaving the market after the outbreak of the war in Ukraine.

US Deputy Treasury Secretary Adeyemo argues that "Russia is trying to circumvent Western sanctions through Turkey," but it is noteworthy that it is Western companies, especially the US, Europe and England, that continue to work with Russia.

The US was involved in a similar scandal during the Iran-Iraq war. The event, described as the "Irangeate scandal", took place in 1986. The discovery that Lieutenant Colonel Oliver North, a member of the US National Security Council, had been selling weapons to Iran through Israel caused a great uproar.