“Westlessness” of the West, and debates on China during Munich Security Conference 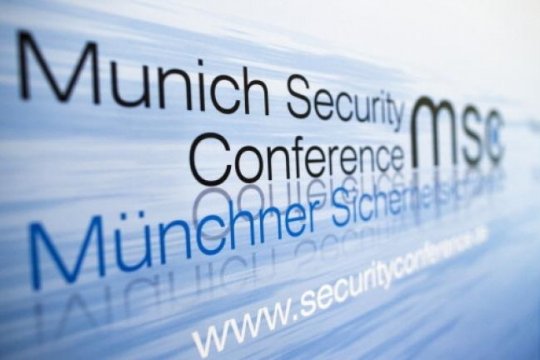 The Munich Security Conference, which traditionally brings together heads of state and government, foreign and defense ministers in February, is usually expected to bring some kind of intrigue. This time round, the role was claimed by the conference report, titled “Westlessness,” whose main message was the loss by Western countries of their global leadership and, as a consequence, the growth of nationalist sentiment in Western countries and the loss of their monopoly on resolving international conflicts.

Expectably enough, Russia and China were blamed for the world and the West itself becoming “less Western." The organizers of the Munich Conference urged China to responsibly handle its role as the world’s new non-Western center of power, and expressed hope that China would over time “adopt liberal values and become a “responsible stakeholder” in a liberal world led by the West."[1]

A pretty unlikely scenario though. A separate chapter in the report’s “Actors” section is devoted to China. Describing China as the “Meddle Kingdom” (similar to the Middle Kingdom), the authors view the country’s growing economic might and political sway as a potential threat to the world order that exists today.

The authors are concerned about looming Chinese superiority in foundational emerging technologies like artificial intelligence, quantum computing, and connectivity technology, as well as surveillance technology and “know-how” in the field of internet regulation. In the case of 5G, they write about an intense debate over how to balance close economic ties with China amid growing security concerns. And, in a truly Freudian slip, they write about “the growing concern that the future holds a technological segregation of the world into those countries operating on Western technologies and norms and those running on Chinese ones." [2]

The section of the report on China is chock-full of graphs, charts and diagrams reflecting European fears of Chinese technology and investments. However, when carefully examined, these charts show that despite strong opposition from Washington and Brussels, more than half of “respondents” perceive technologies and investments from China positively.

The participants in the Munich Conference also spent a lot of time trying to present the coronavirus epidemic as a “Chinese threat,” even though China’s Foreign Minister Wang Yi said in Munich that his country would soon be able to check the spread of COVID-19. [3]

Speaking at the conference, Russia’s Foreign Minister Sergey Lavrov emphasized: “We are prepared to join efforts on other pressing issues of the global agenda, including epidemiological threats. We are ready to work together on other pressing issues on the world agenda, including epidemiological threats. In this regard, I would like to note China’s open and responsible approach to international cooperation in combating the spread of the coronavirus.” [4]

The Munich conferees never found a cure to the problem of “Westlessness” though. Well, maybe they should look at themselves instead of faulting China, Russia and others? At least, Russian and Chinese representatives reaffirmed their readiness to engage in a constructive and inclusive dialogue.