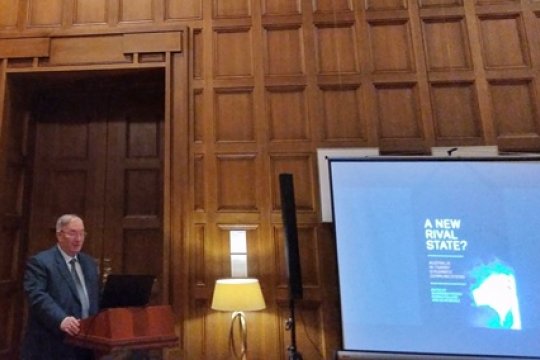 The new monograph “A New Rival State? Australia in Tsarist Diplomatic Communications” written by Doctor of Historical Sciences, Professor Alexander Yakovevich Massov, an official of ethnic radio Radio4EB Brisbane Marina Pollard and expert of languages and literature of Central and Eastern Europe an Emeritus Fellow Dr. Kevin Windle was presented in the Residence of Ambassador of the Commonwealth of Australia in Russian Federation. 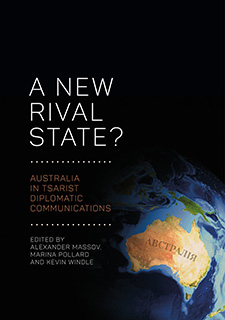 The Australian Ambassador to the Russian Federation Peter Tesh made a welcoming speech. Mr. Ambassador expressed respect for Russian-Australian relations, and also stressed their special and long-standing character.

The monograph is a unique collection of more than a hundred reports, written in 1857–1917 by Russian consuls from Australia for the embassy of the Russian Empire in London and the Foreign Ministry in St. Petersburg.

A great deal of work has been done by the authors. As rightly pointed out by Alexander Massov one of the reason of this book is a unique opportunity in open up for introducing into the scientific circulation a new complex of sources for the study of Russian-Australian relations. In addition, the monograph allows you to look at the Australian reality from the point of view of specifically Russian perception. "The consular documents demonstrate not just of development of relations between states, but also the formation of federative relations and the Commonwealth of Australia."[1] -  pointed out by Alexander Yakovlevich.

The special significance of the materials prepared by the authors helps to reflect the rapid and productive processes of economic and social development of Australia in the last decades of its colonial history and the first years of federalism.

It is necessary to emphasize the fact that a number of events of the XIX-XX centuries, taking place on the Australian continent,  has been devoted special attention by the entire international community, including Russia.

Inter alia the expert noted the long-standing nature of Russian-Australian relations, as well as the invaluable contribution of the consular service to the development of bilateral cooperation of the Powers.

Marina Pollard  has contributed immensely to the new monograph. The author has found a whole range of reports and also  in exacting detail restored the details of the life of the consuls of the Russian Empire in Australia.[2] Mrs. Pollard expressed her gratitude to the Archive of the Foreign Policy of the Russian Empire, in particular to the head of the archive, Irina Popova and fund-guard Olga Volkova, who provided invaluable assistance to the researchers.

Nevertheless Marina Pollard spoke of the historical significance of the Russian consular service for Brisbane. The city was the focus of attention of the Russian immigrants population at the beginning of the 20th century.

Both speakers praised the prominent role of Dr. Kevin Windle, an official of the Australian National University[3], Language Expert in Central and Eastern Europe, and Central Eastern European Literature. “The expert made a number of comments,  thereby the publication acquired an Anglo-Saxon appearance.” - pointed out by Mr. Massov and Mrs. Pollard.

The importance of consular reports as a historical source and high competence of the diplomatic service of Russia was also noted by the former adviser-envoy (with the rank of ambassador) of the Russian Embassy in the United Kingdom, Russian International Affairs Council development director Alexander Kramarenko.

Analysis of consular reports allows the reader to pay special attention to another important fact. During its history, Russia sought to form a special vector of social, political and economic development, therefore the fluctuations between Western and Eastern value systems were well documented by Russian diplomats. This sort of analysis of the Russian perception of Australia in the face of the political class, which included many Foreign Ministry officials, allows the reader to become more familiar with this process.

It would be emphasized that the release of the monograph is nothing more than a new demonstration of the development of Russian-Australian relations, reflecting various aspects of the life of both Powers, and particularly related to the implementation of the domestic and foreign policy strategy.

[1]Apart from the main area of Australian foreign policy-making, the monograph focuses on the processes of building and development of such labor movements as laborism, socialism, etc.

[2] The researchers compiled information about the small cogs of the Russian consular service by tiny particulates.

For example, the appearance of the consul von Ungern-Sternberg was established. Experts received his photo from the descendants of the Baron from the Brazilian city of Sao Paulo.

In Montreal, the authors managed to find the grave of the consul Nicholas Passek. Remarkable is the fact that the land under this grave in official cemetery documents is still listed as the property of the Russian Empire. Through to the researchers, the appearance of the consul was also established: he was portrayed by V.I. Surikov.

[3] The ANU was fundamentally concerned with the release of the monograph, therefore all features of the translation were taken into consideration.