Australian Election 2022: What to Expect from Labor After Morrison's Militarism? 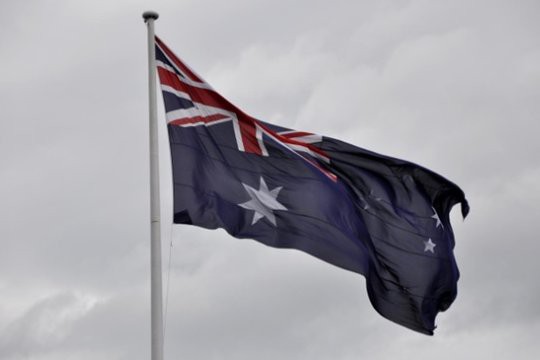 Australia is a continent-state with a unique geostrategic position. Canberra's foreign policy is increasingly becoming the subject of discussions in the dual space of the Indian and Pacific Oceans. In recent years, Australia has gained the image of an antagonist country towards the People’s Republic of China (PRC), which is trying to increase its military power and prevent China's rising influence in the South Pacific. However, on May 21, federal election was held on the Fifth Continent, which may change the rules of the game.

Prime Minister Scott Morrison had been in power in Australia for four years. However, the general election of 2022 ended unsuccessfully for the politician and his colleagues in the Liberal Party (LPA). The electoral race was won by the Australian Labor Party (ALP) led by Anthony Albanese, and with a significant margin. Now, he will become the country's new prime minister, and the Liberals will find themselves in opposition after nine years of rule.

Morrison's premiership was remembered as a time of Canberra's insistent and militaristic rhetoric. It was under him that the Fifth Continent began to rearm more actively, cooperate intensively with the United States and aggravate relations with China. This resulted in the loss of high-level contacts between Australia's and the PRC's politicians.

Against the background of Morrison's actions, many have a stereotype that the Albanese cares less about foreign affairs and will give priority to domestic politics. However, Australia is a complex and diverse country, when analyzing the behavior of which it’s necessary to take into account many features. In particular, the candidates' increased attention to the domestic situation during the elections in order to gain more votes. A similar case was observed with Morrison’s election campaign in 2019.

In terms of intensive transformation of the regional architecture in the Indian and Pacific Oceans, Australia will not be able to sharply reduce diplomatic activity. The new Prime Minister's attempts to outline foreign policy priorities are already visible nowadays. In particular, information is being actively promoted about his interest in cooperation with India or about Albanese's backpack trip to this country in 1991. He also visited New Delhi as the head of a parliamentary delegation in 2018. It can be perceived as a "message" from the new Australian government, which has considered relations with India to be the first priority for itself. However, such goal requires a lot of effort. In particular, on the background of long-term issues with increasing the volume of bilateral trade and stalled "An India Economic Strategy to 2035".

Especially interesting that during the 2022 general election, the LPA failed to make gains in Adelaide and Perth. The last one is Australia's "gateway" to the Indian Ocean, and Adelaide, which is shipbuilding hub.

The first test for Albanese was his visit to Tokyo and participation in the Quad summit on May 24. The event took place against the backdrop of US efforts to «pump up» the information field with statements by former officials or experts about the increased probability of a "major conflict" with China in the coming years. On this background, Washington will make more efforts to delay its defeat from China and will continue failed attempts to build an "Asian NATO".

The future of AUKUS, which was also established during Morrison’s premiership, has caused lively debates in Australia. According to some experts, the pact's fate is rather uncertain under Labor, because Canberra hasn't yet announced its choice regarding the nuclear submarine project. Albanese had supported AUKUS, but the politician's colleagues in the ALP reacted to this initiative quite critically. Discussions about the future of AUKUS have yet to be seen in the Australian parliament and among the academic community, but Morrison's "legacy" will continue to affect Canberra's foreign policy. It's possible that Albanese’s statements of support to Quad and AUKUS in sharpness will not be fewer than Morrison's assertive rhetoric.

After the government changes, pro-French lobbyists heated up in the Fifth Continent. Australia's refusal to purchase diesel-powered submarines from France seriously damaged their bilateral relations. Because of this, some experts began to talk about the upcoming reset between Canberra and Paris. Nevertheless, on this issue, the Labor will again find itself in a diplomatic impasse, because France is trying to keep New Caledonia in its orbit, whose population is increasingly in favor of independence from the Fifth Republic. If Canberra supports Paris on this issue, it will be a serious blow to its already declining credibility among the Pacific Island Countries (PICs).

When analyzing Australia's foreign policy under Labor, special attention should also be paid to a new Foreign Minister Penny Wong’s statements. It's noteworthy that she is Asian-born politician. During the electoral race, the ALP emphasized its diversity and tried to use the "trump card" of its neighborhood with Asia. Under the current conditions, Australia will again have to prove to the countries of Southeast Asia and other countries of the region that it's part of the Asia Pacific. However, if "Albo" continues to blindly follow the United States' vision, "transfer" the Fifth Continent to the American bridgehead for anti-Chinese actions, support AUKUS and Quad, then Asian countries will continue to treat with caution to Canberra.

Recent general elections on the Fifth Continent were mainly accompanied by debates about its relations with China. The fact of the establishment of diplomatic relations between Canberra and Beijing on December 21, 1972 is historically associated with Labor in Australia. The then Prime Minister Gough Whitlam, was an ardent supporter of establishing ties with the PRC as early as 1954 and argued that Australia couldn't ignore a quarter of the world's population[1]. In the 2020s, the situation is different. Nowadays, relations between Canberra and Beijing are estimated to be on unprecedentedly low level, and their aggravation occurred precisely during the premiership of Scott Morrison. Australia actually limits the ability of Chinese investors. It has damaged not only the Fifth continent's business reputation, but also negatively affected its economy.

The Australia's Prime Minister Albanese is also called the "little brother" of Kevin Rudd, who held a similar post in 2007-2010 and also represented Labor. At the same time, he spoke Chinese and sought to avoid aggressive rhetoric against the PRC (at least publicly), fearing to damage Sino-Australian relations. However, Rudd subsequently found himself at the epicenter of the scandal after details of his conversation with then U.S. Secretary of State Hillary Clinton were leaked. In 2010, he described himself as a tough realist regarding China and stated the need to be ready to use force. The situation with the current Australian government is also quite confusing. Despite the optimistic expectations of some Australians, a rapid improvement in bilateral relations cannot be expected. Of course, a change of government may be marked by diplomatic contacts, but it will not be possible to solve the "tangle of contradictions" between the two countries in a short term. The question remains open: how far Canberra is interested in this process, and how the "second decision-making center" represented by the United States will react to potential attempts at restoration of relations. One thing is known — China-born Australians can perceive the sharp rhetoric against the PRC at their own expense.

An important point of the ALP's election program was the commitment to ecology. Morrison was often criticized for not paying enough attention to this issue. As a result, political points in the Australian elections were scored not only by Labor, but also by the Greens along with independent candidates. Labor will continue to talk about combating climate change, which may resonate in Oceania. For a long time, the PICs tried to draw the attention of Australia and the United States to this problem, but unsuccessfully.

The "resource lobby" has a strong position in Australia. Important exports from the Fifth Continent are coal, oil, gas, uranium and other minerals. It will be extremely difficult for the Labor to cope with the country's energy and mining industries which, probably, aren't interested in weakening the position of their business. It's possible that the ALP may fail in this direction. Especially with fragile support in the media.

One way or another, ecology promises to become a new area of competition between Australia, the U.S., Japan on the one hand and China on the other. PICs perceive climate change as the main threat to their well-being, which is why this aspect of interaction will take a prominent place in the South Pacific. The development of ecology as a national security imperative for PICs is a game changer. Increased rivalry in the region has made ecology and natural disasters areas of close attention of major regional actors. A special role here is also played by the China factor, which has already demonstrated significant opportunities to promote the environmental agenda. It's likely that Australia or some other country may try to deploy military personnel in Oceania under the occasion of rapid disaster response.

Anyway, Albanese government will not be able to avoid debates about China's rising influence in Oceania. During the election race, there were rumors about the possible signing of a security agreement between China and Kiribati[2]. Moreover, foreign media have already spoken earlier about the growing influence of Beijing in this Polynesian state. Kiribati has an important geostrategic significance. To the west, it borders the Marshall Islands, which are in association with the United States. The Buchholz Army Airfield is located on Kwajalein Atoll, which serves as a transshipment point for American units crossing the Pacific Ocean[3]. North of the Marshall Islands is Wake Island, which also plays a significant role as a transfer hub for the U.S. army. Like the Solomon Islands, Kiribati changed diplomatic recognition from Taiwan to China in 2019.

Labor sharply criticized Morrison for the diplomatic failure, which was expressed in the signing of a security agreement between the PRC and the Solomon Islands. Neither promises of multimillion-dollar grants nor pressure with neocolonial rhetoric helped Australian politicians to cope with this. It is possible that reports about the consolidation of China in Kiribati may be rumors, but the Liberals will not forgive ALP the fiasco in this direction and will try to use this opportunity to "attack" Labor.

In addition, if Albanese continues the acquisition of nuclear-powered submarines within the framework of AUKUS, it will ensure the succession of Morrison's policy. It is possible that Labor will support the militarization of the South Pacific, which is a Nuclear Free Zone. On this background, statements about the combating climate change and the importance of ecology risk remaining only on paper. It's expected that the new Australian Prime Minister will attend meetings within the framework of the Pacific Islands Forum, which will be held on July 1.

Finally, Albanese criticized Russia and called for the expulsion of Russian diplomats from the country. Trade between the two countries remains at a rather modest level and amounted to $564.9 million in 2021. Despite the long history of Russia-Australia relations, Canberra prefers to follow the U.S. vision.

After the 2022 general election, Labors are overrated. The pressure to replace Morrison's team has been traced for a considerable time, but further events will show how much the ALP is able to cope with turbulence in the region and the world. The new Australian government has yet to explain how they see the place of the Fifth Continent in Asia and globally. The answer to this question will be foreign policy and defense documents, which would certainly differ from the strategies published by their opponents.

The Morrison government recognized that the geostrategic landscape of Australia is becoming more complex and tried to react (mainly in the defense dimension) to changes in the region. However, the ALP will have to plan the country's future in unpredictable conditions, so there is a great risk of making a mistake.