Andrei Klimov: «No one will be able to disrupt parliamentary elections in Russia» 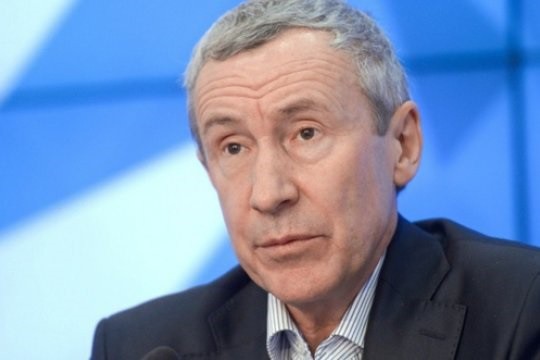 The Press Center of the Russian news agency TASS has hosted an online briefing of Andrei Klimov, Chairman of the Federation Council’s Interim Commission for the protection of state sovereignty and prevention of interference in the internal affairs of Russia, and Vladimir Dzhabarov, who heads a working group which is responsible for monitoring any signs of interference in Russia’s sovereign affairs in the course of preparations for elections to the State Duma, the lower house of Russian parliament. The participants analyzed the results of the Provisional Commission’s work in the second quarter of 2021 and discussed issues related to the monitoring of any attempts to interfere in the process of preparing and holding elections to the State Duma, the lower house of the Russian Federal Assembly.

In his opening speech Andrei Klimov said the decision to set up a special monitoring group as part of the Federation Council’s Interim Commission was made three months ago. The group’s goal is to provide a political assessment of the developments related to parliamentary elections in Russia and if needed, to address any challenges that could appear under the impact of internal or external factors. А.Klimov reminded those present that in accordance with the Central Election Commission’s resolution parliamentary elections in Russia will be held for several days in a row – from 17 to 19 September (the last date marks a single voting day when other, regional-level elections and referendums will also take place).

According to А.Klimov, the Interim Commission, of which he is the leader, has reported that "foreign opponents did not have any illusions that they would be able to influence the political layout in the country by getting their henchmen into parliament, including those who went through special seminars and trainings abroad”. For this reason, their tactic is to compromise the elections as a priori illegitimate. Judging by various statements from NATO countries, such an approach is prevalent. The document that proclaims the elections in Russia illegitimate is currently under preparation to be approved by Brussels by September 13, before the elections, in order to disorient the voters. Statements that have been made in NATO countries do not recognize the new composition of the State Duma.

“We would like to get it across to our foreign opponents: preparations and holding of the voting are carried out only by the state organs of the Russian Federation – the Central Election Commission and the Russian Court, in case there is a need to question the election results. Our electoral system is developed enough to guarantee a free, direct and secret ballot. Foreign participation is prohibited at all stages of the vote, foreign observers must act entirely in compliance with the Russian law”, - А.Klimov said.

From his part, Vladimir Dzhabarov pointed out that the election monitoring group has been signaling a growing number of attempts to interfere in the Russian election campaign saying that the financial resources to do so are coming from foreign states. “We have many questions as where such costly campaigns are financed from”, - the deputy chairman of the Federation Council’s International Affairs Committee said.

In the words of V.Dzhabarov, dissemination of unverified information on the election campaign is conducted also by Russians living outside Russia whose activities are under scrutiny of the Russian law enforcement agencies.

“The attempts to destabilize the situation in Russia were registered long ago and do not stop. But, since the old mechanisms no longer work and our opponents have invented nothing new, they continue to use the cliched statements about the  widespread practice of denying registration  to candidates to State Duma deputies. This, of course, is not true. By now, about 4,500 candidates have gone through registration. Registration can be denied only in two cases – if the candidate conceals foreign assets and if they have ties to extremist movements”, - the politician said.

“At times, the impression is that the West would like to see swindlers and extremists among the deputies. This seems logical, considering that Brussels is interested in weakening Moscow to an extent where it will de facto stop pursuing its own domestic and foreign policy”, - V.Dzhabarov remarked.

The two Russian politicians also commented on the August 4 statement by leaders of the OSCE Office for Democratic Institutions and Human Rights and the OSCE Parliamentary Assembly, who decided against dispatching observers to the State Duma elections “because of the restrictions introduced by the Russian authorities for monitoring the elections”.

“OSCE representatives have been offered all conditions necessary for their work. But they asked for 500 observers, while according to the original plan, only 230 observers should monitor the vote. Interestingly, the last presidential elections in the USA were observed by a mere 30 OSCE representatives. This means that far from every state had observers”, - A.Klimov explained.

According to А.Klimov, the refusal of the OSCE’s ODIHR and Parliamentary Assembly to send observers was well-planned. “It was in July that the European Parliament’s Foreign Affairs Committee proposed starting preparations for non-recognition of State Duma elections.  As part of a campaign to compromise the Russian electoral system, Brussels and Washington devised a scenario which envisaged a series of scandals over what they describe as mass violations of electoral law in Russia”, - he said.

The chairman of the Federation Council’s Interim Commission also said the Russian Federation has for the past fifteen years been asking western leaders to join efforts to work out common voting standards to proceed from in the future. However, they have failed to strike consensus on the criteria. “Speaking from my personal experience as election observer I can say that every country elects Euro Parliament deputies on the basis of their own legislation. There are countries where it is possible to vote without showing any identity papers, or on the basis of a power of attorney. In Russia, our principles of holding elections are the same, irrespective of federation entity”, - А.Klimov said.

Equally important is the necessity to guarantee the right to take part in the elections to all residents who have the Russian passport regardless of their place of residence. In the words of А.Klimov, Moscow has to deal with a variety of issues in this respect. “For example, about 700 thousand people with Russian passports live beyond the bounds of military operations zone in Ukraine. Of them, only 300 were able to cast their ballots in the last elections. The rest are either blocked, or are scared to disclose their national identity”, - the politician said.

Despite the difficulties, leaders of the Federation Council’s Interim Commission for the protection of state sovereignty and prevention of interference in Russia’s internal affairs are planning to meet with OSCE ambassadors in August in order to warn their colleagues against making any attempts to meddle in Russian elections.

“We will try to hold this meeting one month before the vote, on the platform of the Russian Ministry of Foreign Affairs. We will speak about our  approaches to ensure the electoral sovereignty of Russia and will provide additional information on our legislative novelties”, - А.Klimov said.

In conclusion, А.Klimov pointed out that there are no obstacles towards holding  such a meeting. Russia, he said, is a member of the OSCE and an active participant of different agencies within the organization. “Let me remind you that it was a Soviet initiative to set up such a body. In 1975, after the Helsinki Final Act of the Conference for Security and Cooperation in Europe was signed, the organization worked on a permanent basis, and in 1995 it was renamed into the Organization for Security and Cooperation in Europe. But if someone chooses not to attend our elections as observer – it’s his choice”, - the senator said.