Are new geographical discoveries still possible in the 21st century? 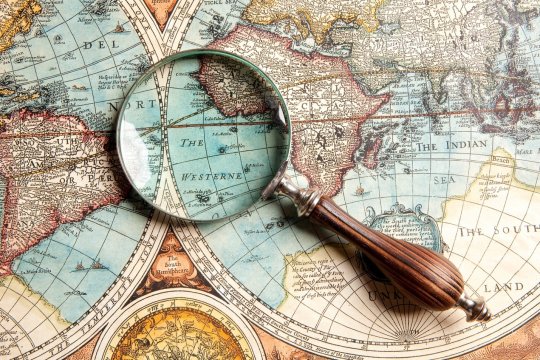 In May 2020, the Russian government established a new professional holiday - the Day of the Geographer, to be annually marked on August 18. It was on this day in 1845, that Emperor Nicholas I signed a decree establishing the Russian Geographical Society. During the 175 years that have elapsed since that day, Russian geographers have made many discoveries, contributing significantly to the study of European Russia, the Urals, Siberia, the Far East, Central Asia, the Caucasus, Polar countries and other territories. The names of Russian researchers, such as Ivan Kruzenshtern, who led the first Russian round-the globe expedition, Nikolai Miklukho-Maclay - the first to explore New Guinea and other Pacific Ocean islands, and Faddei Bellingshausen and Mikhail Lazarev, who discovered the world’s southernmost continent – Antarctica, are well known worldwide. There are virtually no white spots left on the map as the Earth's surface is perfectly visible from space. Are new geographical discoveries possible in the 21st century? What are the tasks that Russian geographers are facing today? These and many other questions were answered during an online conference held by the Director of the Institute of Geography of the Russian Academy of Sciences Olga Solomina, and the Institute’s scientific director and Honorary President of the Russian Geographical Society, Academician Vladimir Kotlyakov.

Olga Solomina noted that in this day and age defining geography as such is not an easy task, as researchers now have at their disposal the latest achievements in chemistry, physics and mathematics. Consequently, the very notion of "geographical discovery" has taken on a whole new dimension as, instead of providing a traditional visual description, it is now trying to explain a phenomenon in its entirety and as a set of laws governing each component of nature separately. Modern science is studying the whole gamut of issues: climate change, the disappearance of rare plant and animal species, human migration, etc.

“One of the main directions of geography is the study of the problem of global warming and the analysis of climate models, which mathematicians are helping us create with complex calculations,” Solomina explained.

Modern geography is a high-tech area of ​​science and practice, since it does not only list facts, but also examines the patterns of spatial organization of natural and social systems.

“Everything that now exists on the Earth’s surface, as well as in the atmosphere and underground, is studied by modern geographers,” Olga Solomina added.

First of all, geographical science employs the most complex mathematical models and calculations to study how natural and anthropogenic factors impact the environment, and the ecosystems’ adaptation to these changes. Secondly, it examines the spatial organization of society to find out why some regions and countries develop more successfully than others, and also the factors determining the shifts in the placement of the service sector, industry and agriculture in cities.

Russian specialists are working closely with their colleagues abroad, including in Kazakhstan, Ukraine and other post-Soviet states, as well as Germany, Denmark and China.

On the Day of the Geographer, one simply can’t but recall the Russian seafarers’ greatest discovery - Antarctica. Two centuries ago, an expedition, led by Faddei Bellingshausen and Mikhail Lazarev on the sloops "Vostok" and "Mirny," discovered our planet’s southernmost continent, and 2020 was declared the Year of Antarctica in Russia. The Antarctic mainland has always been a source of great interest by Russian and foreign researchers: at the dawn of the 20th century, British, Norwegian and Australian researchers started working in Antarctica, and from the middle of the last century, the continent has been studied on an industrial basis.

Vladimir Kotlyakov recalled that in 1956-1957 the Soviet Union established two scientific stations in the Antarctic, Mirny and Vostok, named after the legendary sloops that had first arrived there 200 years earlier. In 1958, there were five Soviet stations working in Antarctica, and at the height of the Soviet Antarctic Expedition's activity on the mainland, there were already eight such outposts there operating on a round-the-year basis. Along with the US Antarctic Program, the Soviet Antarctic Expedition was one of the biggest research projects ever undertaken in Antarctica.

“Antarctica is not just a giant “ice cake” with an area of ​​14.2 million square kilometers (larger than Europe). It is an extremely important geographical phenomenon. As we all know, weather changes are highly dependent on the Polar Regions - the Arctic and the Antarctic. Today, the South Pole is a key area of ​​study, which will help us understand what kind of a climate we are going to have in the future,” Kotlyakov said.

Antarctica is the site of one of this century’s greatest discoveries - the subglacial Lake Vostok. Scientists predicted its existence back in the mid-20th century. One of the main authors of this discovery was the Soviet geographer Andrei Kapitsa, the son of the Nobel prizewinning physicist Pyotr Kapitsa and the brother of the famous host of a popular and long-running scientific TV show, Sergei Kapitsa. Polar explorers later discovered a whole group of subglacial lakes in Antarctica. Lake Vostok, the largest of them, lies under a four-kilometer ice cap.

The lake remained sealed off for millions of years, and its evolution unfolded along a different path. In the winter of 2012, Russian polar explorers managed to drill a well (the whole effort had taken over 20 years) obtaining the first samples of pristine lake water. Scientists believe that the subglacial lake may contain the most unusual microorganisms. If microbes can survive the extreme conditions of Lake Vostok, this would significantly increase the chances of finding some kind of living creatures in the subglacial oceans of the satellites of Saturn and Jupiter.

“This lake is absolutely extraordinary. Today we assume that it contains life, because the volcano is full of microorganisms. But if it turns out that organic matter is absent there, this would bring a real scientific sensation,” Kotlyakov noted.

What else was discovered in the 21st century?

In 2010, a team of US oceanographers surveyed the bottom of the Pacific Ocean and performed a detailed study of the relief of the Mariana Trench. They found that crossing the trench are at least four mountain ranges up to 2,500 meters high. Scientists have compiled the most detailed map of the depression's relief to date and determined its maximum depth at 10,994 meters. By studying the ocean floor, one can understand how our planet was formed and what is now going on deep under its surface.

Three years later, scientists from Canada, Britain and Italy discovered a giant gorge running under the Greenland Ice Sheet - the Grand Canyon of Greenland. It extends for 750 kilometers – almost double the length of the famous Grand Canyon in North America, and is the longest around. Right now, specialists are studying the history of the formation of this ridge and compiling maps of the distribution of lava flows in order to better understand similar processes occurring on Earth and other planets.

In that same year, US geophysicists discovered Tamu Massif - an extinct submarine shield volcano in the northwest Pacific Ocean. Scientists determined that lava deposits on the Shatsky Rise (just east of Japan), belong to a single giant shield volcano. It was previously assumed that lava flows from several different sources could be superimposed there, but scientists have found that they all came from one center, thus making Tamu Massif the largest known volcano on Earth, comparable in size to Mt. Olympus on Mars.

The era of geographical discoveries is not over yet: nature is constantly changing and there is always something new popping up. Vladimir Kotlyakov believes that in Russia, yet unexplored places are worth looking for in Altai and the Caucasus, as well as in the taiga, where there are little-studied caves and lakes still to be found.