«Snezhinka» station taps into the Arctic 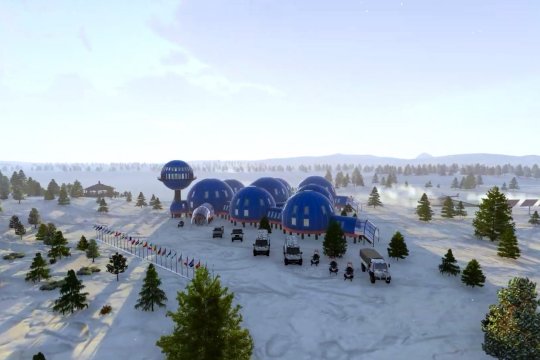 The Arctic Region is widely seen as one of the most promising areas for human development in the future. Hence the need to protect the biological diversity of the region, which makes an essential part of human development agenda. The Moscow Institute of Physics and Technology has launched an unparalleled project that has no analogues elsewhere – the “Snezhinka” International Arctic Station operating on carbon-free energy. The opening ceremony is scheduled for spring 2022.

«″Snezhinka″ is a round-the-year, fully autonomous facility which relies on renewable sources of energy and hydrogen-based diesel-free energy», – Yuri Vasiliev, Executive Director of the Institute of Arctic Technology of the Moscow Institute of Physics and Technology, said.According to Vasiliev, the project provides a unique chance for engineers, scientists and researchers to engage in constructive international cooperation. The station will offer a variety of cooperation options: the testing of equipment, demonstration of innovative technologies, participation in fund-raising projects, and organization of scientific events. Yuri Vasiliev pointed out that to boost public awareness of the project the organizers are planning to offer educational tours of the station for school and university students and for representatives of the media and foreign organizations. «This project is of special significance for the Moscow Institute of Physics and Technology. Our priority is to put it into operation at an early date so that we could demonstrate to the rest of the world how it works», – the expert said. 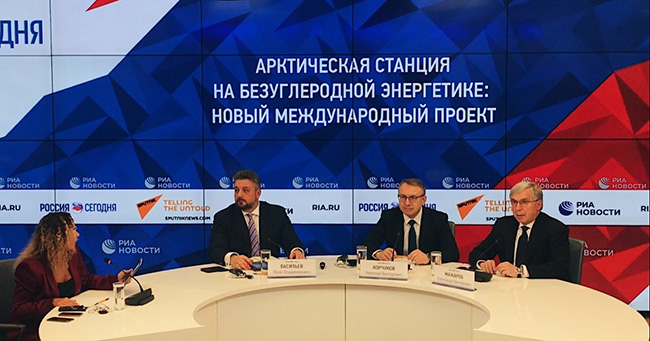 Nikolai Korchunov, a high-ranking representative of the Russian Arctic Council, has said that the Russian Foreign Ministry supports this brand new international project, which is designed to build a station on carbon-free energy. «The Arctic complex meets the requirements put forward by the Russian president for using energy-saving technologies in the Arctic. The station is vital for the sustainable development of the Arctic Region. This initiative is seen as a pilot project which serves as a foundation for a more ambitious agenda. What is also important is the fact that the project has received extensive support from the indigenous population of the North. », – Nikolai Korchunov said.

The station will be located not far from the Land of Hope trading post, which for years have been home to the Nenets people of Nerkagi. Visitors to the complex will thus get acquainted in detail with the life and traditions of the people of the North. Deputy Governor of the Yamal-Nenets Autonomous District Alexander Mazharov said that the head of the Nenets family supports the project being fully aware that the future of Yamal is tourism and environmentally friendly technology. “We are interested to have such ultra-modern scientific projects implemented on the territory of our district. We are concerned about the wellbeing of the indigenous peoples of the North, for whom maintaining harmony with the environment is extremely important. Therefore, we want to bring only clean, modern and safe technologies to the Arctic,”- said the representative of the Yamal-Nenets Autonomous District. He also made it clear that the construction of the complex will create jobs for a small indigenous population and will contribute to the development of the district’s tourism potential. Speakers at the conference emphasized that they plan a year-round connection with Salekhard Airport to create favorable living conditions at the station.

Experts pointed out that the Snezhinka station will become part of an international network of Arctic research stations, INTERACT. There are also plans to establish partnerships with international Arctic centers in Finland, the USA and Canada. The organizers expect to build up international cooperation not only with member countries of the Arctic Council, but also with observer countries that do not have access to the Arctic, but are interested in cooperation. At present, there are stations of many countries in the Arctic: Bharati (India), Comandante Ferras (Brazil), Jang Bogo base (South Korea), Neumeier 3 (Germany). Each of the stations looks peculiar, for example, the Chinese Taishan station resembles a flying saucer, while the Belgian Princess Elizabeth station is the most environmentally friendly, because it works solely on solar and wind energy.