Bill Viola’s first-ever solo exhibition in Russia opened at the Pushkin State Museum of Fine Arts featuring more than 20 works created between 2000 and 2014. It could not have been more timely to launch the exhibition of the internationally renowned American video artist than these days when for many frantic pace of life was brought to a screeching halt. The world slowed down as if synchronized with the time that seems to stop its inexorable run in Viola’s “video poems” as his pieces are often labelled. The themes of soul transformation, the existence between life and death, the borders of being are at the core of Viola's works. The present moment has brought them even more upfront. However, like many other exhibitions of the last season, "The Journey of the Soul" had to be postponed due to the pandemic. Opening the show, Marina Loshak, Director of Pushkin State Museum of Fine Arts, explained why it was decided to start the new exhibition year with this project: "This is the catharsis that we are still living through, experiencing emotions, passions and all the transformations that have happened to us. We have looked very deeply into ourselves, and we continue to do all the things Bill Viola has done throughout his creative life." 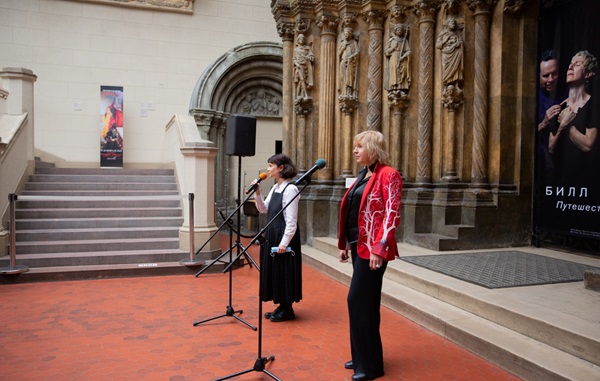 Marina Loshak and Olga Shishko at the opening ceremony

According to Marina Loshak, it is a revolutionary premier for the Pushkin Fine Arts Museum that hosts such a large-scale multimedia project for the first time. The show encompasses fourteen years of Viola’s prolific career, presenting a powerful distillation of his decades-long quest to capture the divine and the spiritual of the everyday. Critics often speak of Viola's work as a new religious painting, but it not quite so. The artist has been always engrossed in studying many aspects of being that have an impact on the individual and researching the horizons of sensory perception, though his spiritual explorations embrace Zen Buddhism and Islamic Sufism as well as Christian mysticism. Like his hero, William Blake, Viola strives to “hold infinity in the palm of your hand”. It is true for any period of his life whether he worked in Italy as an assistant in a video studio soon after graduating from Syracuse University, travelled the world or lived in Japan and India. 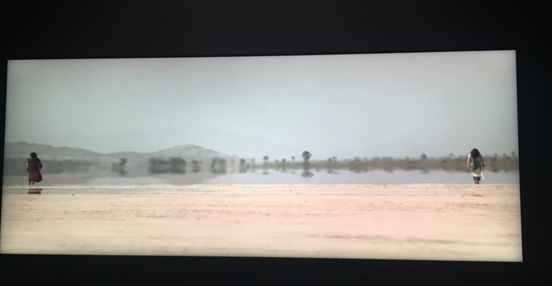 The spacious museum White hall is plunged into darkness to give the best exposure for the video installations by Viola for Wagner's "Tristan und Isolde" (the concert version of the opera appeared on stage at the Mariinsky Theatre in 2008). Later, such works as “Fire Woman” and “Tristan's Ascension” (2005) turned into independent works and serve as the culmination of the whole exhibition: it is no coincidence that a huge screen was installed as if in the altar of a gigantic cathedral so that visitors can see moving images from the entrance. For Bill Viola, fire and water are the most important elements through which the transformation and the passage from one world to another take place. Although we hear the sounds of the natural elements and not opera music, it makes no less of an impression. 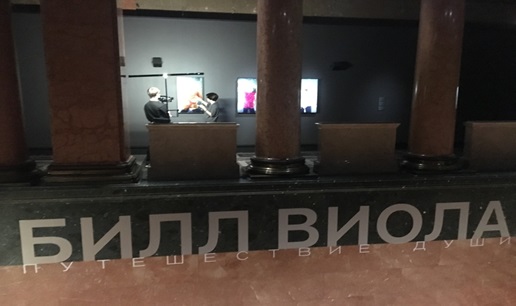 “Walking the Edge” and “Encounter” (2012) are contemplative dives into the "inner landscape" of the human soul, while the “Martyrs” series (2014) shows four characters going through the trials of the four elements — fire, water, air and earth. The artist transforms the idea of the sublime, making it closer and more understandable to a contemporary secular audience. The series was created for St. Paul's Cathedral in London where it is on a permanent display. 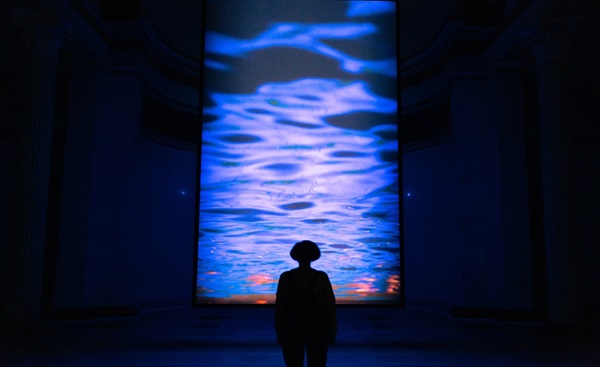 A viewer in the museum White hall.

The museum has been developing a long-term partnership with Bill Viola's studio since 2015 when the artist, together with Kira Perov — his wife and the Executive Director

of the studio they both run, came to Moscow and as Marina Loshak said «were enchanted by the Pushkin museum space and immediately agreed to have a show here». The artist personally presented his famous “Three Women” (2008), foreshadowing a major exhibit plans for which were finalized during this very same visit.

According to Olga Shishko, Head of the Department of Cinema and Media Art, Viola's exhibitions are often based on the juxtaposition of video installations and classics, but, Kira Perov, an exhibition curator on Viola's side, recommended another take instead of going for intervention. Viola's video works have been mounted in the main exhibition halls, and the museum's rich permanent exhibition with plenty of antique casts serves as a background for the digital art of the 21st century. 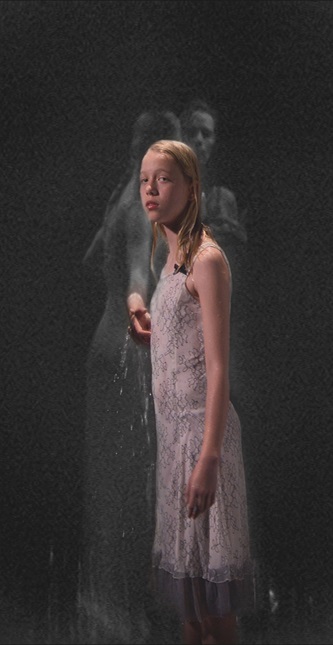 "The exhibition was very demanding — both technically and in terms of readiness to deal with this kind of art. Working with such material is a challenge. And every person who comes here has to be prepared that he will have to do a bit of work in order to interact with the show," admits Marina Loshak. The only relieving circumstance in the last year's environment was that the digital files easily crossed borders and overcame any restrictions, while the complex editing of the exposure involving Bill Viola's studio staff took place remotely from California. 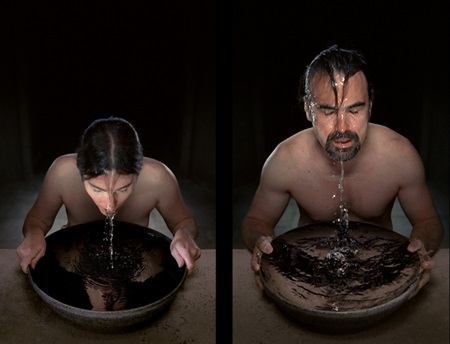 Bill Viola has contributed to the emergence of video as a key trend of contemporary art long before the era of gadgets or the dominance of digital media. For almost 40 years already, he has created video films, monumental video installations, sound environments, and electronic music performances. The technical side of his art evolved alongside media technology, but core themes of his art Bill Viola found early on. Like Baroque artists, he addresses strong human feelings and passions but using the laconic language of modern technology. It was back then, in the 1970s, that the artist discovered the museums and churches of Florence, and the Renaissance period proved so important to his future art language. He is often called the "Rembrandt of video art" and "Caravaggio of the hi-tech age" for his constant dialogue with the paintings of the Old Masters. 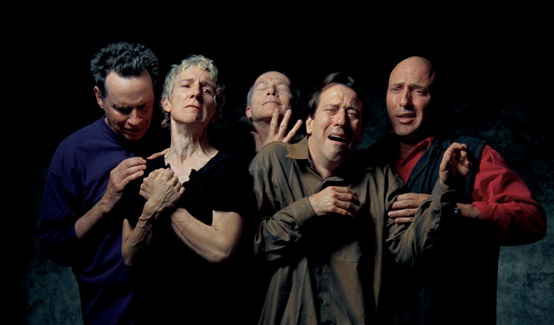 Although the current exhibition is his first solo show in Russia, he has been well-plugged into Russian culture and the arts — his work has been featured in many Russian projects, including the Hermitage and the State Russian Museum, and he has visited Moscow and St. Petersburg many times. There is even a separate section on Wikipedia entitled "Bill Viola and Russia". He also said many times that he had been deeply influenced by Tarkovsky's films and named his youngest son Andrei after the great director.

Viewers need both time and patience to immerse themselves in contemplation of the video works — they last from several minutes to half an hour, so it is possible that a single visit to the exhibition will not be enough. However, Olga Shishko, curator of the exhibition, says: "Such meditative and contemplative art will be especially in vogue after 2020. I'm even glad that the exhibition, which has been in preparation for so long, has only happened now".

This time the museum offers neither guided tours nor expanded wall signage or texts so that visitors are able to establish personal contact with the artist penetrating deeply into his works. However, an educational programme will be available in parallel with the show and those who would like to expand their knowledge about the best of video art can easily do that. The exhibition is on view until May 30, 2021.

Images: courtesy of the Pushkin Museum of Fine Art Press-department and E. Rubinova