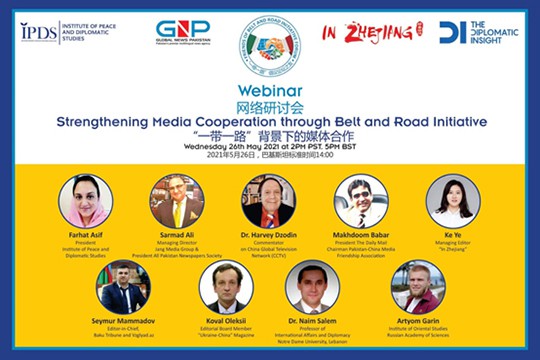 Over the past three decades, the Asia Pacific has been the engine of the world economy. The development of trade and investment ties, as well as the dynamic institutionalization of cooperation, led to the economic renewal of the countries of the region. A major step towards further integration of the Asia Pacific economies was the initiatives to connect the region, in particular, China's «Belt and Road Initiative» (BRI). However, the economic agenda is strongly linked with media activities. To promote the strengthening of media relations and the professional growth of journalists from BRI countries, was organized the special conference «Strengthening Media Cooperation Through Belt and Road Initiative». The discussions, initiated by the Institute of Peace and Diplomatic Studies (Pakistan), were attended by representatives of the media and the academic community from all over the world.

In the second half of the 20th – early 21st century, the world discussed the so-called the Asian Miracle — the rapid development of Asia Pacific economies. For three decades, the regon has been the world economy’s engine, as well as the People’s Republic of China has an increasing influence on the region’s prosperity. At the end of 2013, China announced the Belt and Road Initiative, directed at implementing new infrastructure projects linking Asia with Europe and Africa. The initiative consists of the Silk Road Economic Belt (land corridors from China through Central Asia and Russia to Western Europe) and the 21st Century Maritime Silk Road (sea routes from Southeast Asia to Africa and the Middle East). However, the Asia’s economic miracle of the 20th century and China's efforts to intensify the development of the Asia Pacific in the 21st century are strongly linked by one important feature — success was achieved only through the joint efforts of the countries of the region.

A similar trend was followed by the host of the conference «Strengthening Media Cooperation Through Belt and Road Initiative» — the Institute for Peace and Diplomatic Studies (IPDS) from Pakistan. The discussion on strengthening cooperation between the media of the Belt and Road countries was held in a remote format, bringing together experts from Pakistan, India, China, Russia, and Ukraine. Few would argue with the opinion of the speakers that in order to strengthen the synergy of the BRI, which follows modern trends, it's extremely important to invest both in infrastructure and successful media cooperation.

Ms. Farhat Asif, President of IPDS, during her welcoming speech, rightly noted that the organization of such conferences contributes to the coordination of media activities and press representatives from different countries of the world, which will strengthen media cooperation within the framework of the Belt and Road initiative. In turn, the moderator of the discussion, Ms. Ke Ye, media managing editor of «In Zhejiang Media Group», marked the advantage of modern conditions and globalization, due to which media from around the world have a wide range of forms of co-operation and implementing joint projects. 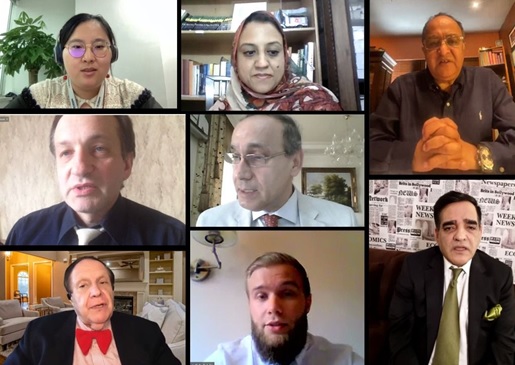 Mr. Sarmad Ali, Managing Director at Jang Media Group and President of All Pakistan Newspaper Society, pointed out the importance of the economic component of the BRI and noted the need to establish ties and mutual understanding between the peoples from the Belt and Road countries, who represent different civilizations, cultures and value systems. According to the expert, this can only be achieved with media activities. Moreover, drawing on the experience of implementing the China-Pakistan Economic Corridor (CPEC) and other economic corridors within the framework of China's initiative, Mr. Ali called to establish the «media corridor» to coordinate the information agenda and exchange experience between media representatives of BRI countries.

However, Dr. Harvey Dzodin, Commentator for China Central Television (CCTV), former legal adviser in the Carter administration, focused on the central role of the media and interpersonal communication in the development of cultural cooperation between the Belt and Road countries. During his speech, Dr. Dzodin referred to Chinese Prime Minister Zhou Enlai's reflections on the nature of diplomacy and inter-state relations: «the relationship of two countries cannot be linked merely through professional diplomats, but should rely more on people themselves directly». As an example, the expert mentioned the Chinese presence in Africa, which sometimes takes on a negative connotation in the media. For example, the opening of the Nairobi–Mombasa (Kenya) railway in June 2017, built by the China Road and Bridge Corporation (CRBC), was clouded by reports of an «unwritten rule» that local residents and Chinese workers didn't sit at the same table in the staff canteen or ride in the same company van[1]. At the same time, the news about the CRBC's goodwill and funding of engineering scholarships for the most talented students from Kenya didn't receive strong attention from the press. According to Dr. Dzodin, China's citizens who travel abroad should be prepared for the role of official goodwill ambassadors. Moreover, the expert called for the establishment of contacts between young professionals from the BRI countries and the use of local media to promote virtual contacts between people.

Mr. Makhdoom Baber, President of the Daily Mail and the Chairman of Pakistan-China Media Friendship Association also drew attention to the importance of establishing an exchange program for BRI young journalists. However, Mr. Baber's highlighted the coordination of Belt and Road media to reliably report on the benefits and prospects of China's initiative. Mr. Baber called for the establishment of a platform for cooperation between the press representatives of the countries participating in the BRI, as well as the international headquarters of the BRI media representatives. According to the Daily Mail President, the Belt and Road is a global project, but strengthening media cooperation is the aspect that will give China's initiative a really global dimension.

Mr. Koval Oleksii, Editorial Board Member at «Ukraine–China Magazine», spelled out his vision of the BRI as a platform for the exchange of ideas between different countries and continents. According to the expert, if earlier the PRC was influenced by the ideas of the West, nowadays China itself brings to the world ideas based on its rich culture and history. Against this backdrop, experts studying and interacting with China are challenged with the goal of easily transmitting ideas with Chinese characteristics to their audience.

The interconnection between international relations and media activities, as well as the dynamic development of the Belt and Road over the past eight years, was noted by Prof. Dr. Naim Salem from the International Affairs and Diplomacy Department of Notre Dame University (Lebanon).[2] The scholar has expressed his confident that Asia's prosperity depends on the economic rise of China, as well as the success of the BRI — on the joint efforts of the initiative's participants.

Dr. Naim Salem from the International Affairs and Diplomacy Department of Notre Dame University (Lebanon), demonstrates the land corridors of the «Belt and Road Initiative»

Mr. Artyom Garin, Fellow of the Center for Southeast Asia, Australia and Oceania of the Institute of Oriental Studies of the RAS, briefed the participants about the prospects for linking the Eurasian Economic Union (EAEU) with the Belt and Road initiative, as well as the central role of the media in this process. The scholar stressed the need to further coordination of the Russian media with the EAEU and BRI countries on a wide range of issues, including the social, political, business, cultural and academic agenda: «The EAEU and BRI are multi-level projects, so it is worthwhile to pay special attention to the economic aspects of cooperation, sustainable development of Eurasia, public diplomacy and deepening co-operation between the media, academic and expert community. Just as the two initiatives bring the states together, the media should bring together their citizens, establish cultural communication, and highlight the visions of the countries», the speaker summarized.

Undoubtedly, BRI is the flagship of China's economic diplomacy, which is often perceived as an instrument for expanding Beijing's influence on a regional and global scale. However, nowadays, China has a more inclusive approach to cooperation with the partners: apart from investment in infrastructure, PRC increased the support of public diplomacy and media. The conference «Strengthening Media Cooperation Through Belt and Road Initiative», organized by colleagues from Pakistan, demonstrates the significant potential of international media cooperation, which has yet to be revealed with the help of concrete practical steps proposed by experts during a fruitful discussion.

The article was prepared with the materials from the Institute of Peace and Diplomatic Studies (Pakistan).