China: via Portugal into Africa and Latin America 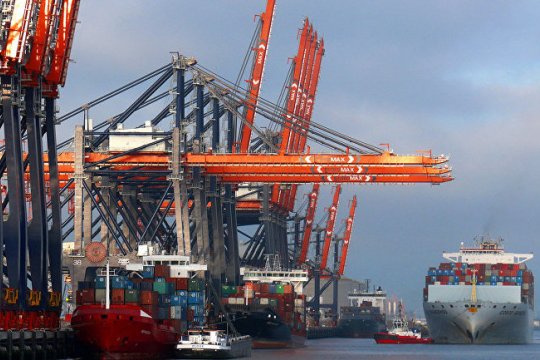 China is Portugal’s top trading partner in Asia, with bilateral trade steadily on the rise amounting to $5.6 billion in 2017. The volume of Chinese investment in the Portuguese economy has reached $ 10.2 billion. Simultaneously, the influx of tourists from China to Portugal has gone up by 40% and from Portugal to China by 16%. The Chinese Embassy in Lisbon has described the current state of Sino-Portuguese relations as the best since the establishment of diplomatic relations in 1979.

In this context, an economic union with Lisbon is designed to geographically complete the European sector of the New Silk Road project (NSR) given the location of Portugal as the western tip of the European continent. Also, such an alliance is set to project Chinese economic influence through Portugal to countries of Africa and Latin America.

The port of Sines - Portugal's sea gate to the Atlantic and Africa – carries a particular importance with its well-developed infrastructure and all the facilities to be used as a transit point for Chinese products bound for America and Africa. Another important point is the Azores, a part of Portuguese territory stretching deep into the Atlantic. Lisbon has consented to Beijing’s participation in the construction of scientific and logistics infrastructure in the archipelago, which is tantamount to a stronger Chinese economic presence in the region.

Lisbon-mediated cooperation with Portuguese-speaking countries will enable Beijing to guarantee food security. According to UN reports, Angola is among the top five countries with the greatest agricultural potential (58 million hectares of arable land), Mozambique has 36 million hectares, of which less than six are cultivated, while Brazil is the main supplier of soybean, a popular food product for China (14 million tons in 2018).

In relation to China and within the NSR project, Portugal plays the role of an infrastructure and logistics counterweight to France, which is trying to shift the focus of French-Chinese cooperation in the direction of the Mediterranean and North Africa - to fight against terrorism in the Sahel region and provide investment support of the French-speaking Sahel "Five" (Chad, Mauritania, Burkina Faso, Niger, Mali).

Beijing is interested in moving via the Atlantic westward. From the geographical point of view, Portugal is a good partner here - cooperation with it takes China beyond the Mediterranean. According to the Chinese leader, for Beijing, Lisbon is a point of linking the land and sea segments of the NSR and a promising partner in the development of the “sea wave economy”.

The position of Paris regarding the NSR project is characterized as cautiously positive, envisaged by the Franco-German Aachen agreement of January 22, 2019 (3) and affected by competition with Italy (Italian Trieste and French Marseille compete for the main port of the NSR in the Mediterranean).

The Aachen agreement diplomatically outlines the geopolitical axis Paris-Berlin, endowing the French-German relations with a special status. Against export-oriented German economy (in 2018, exports went up 3% against 2017, reaching $ 1.318 billion), Beijing’s economic activity in Europe is seen as a challenge (4).

Negotiations between French President Emmanuel Macron, German Chancellor Angela Merkel and European Commission Chairman Jean-Claude Juncker and China’s Xi Jinping on March 25-26 demonstrated the EU's consolidated position and marked a successful attempt to secure common gains from building up cooperation between the EU (without Italy) and the PRC (5).

While France readily signed multibillion-dollar contracts with China and agreed to the opening of the Chinese market for French goods, it refrained from actively assisting the Chinese in pursuing transcontinental infrastructure projects as unwelcome for the economic health of the Franco-German duumvirate.