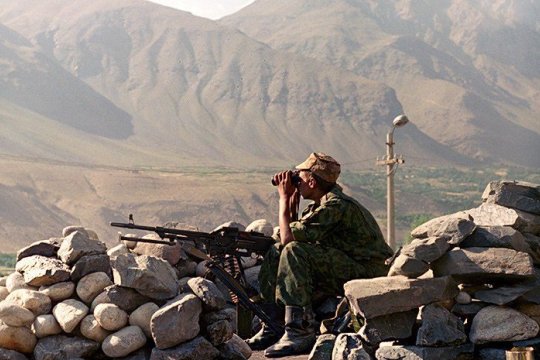 It is essential to point out before dwelling upon this issue that international terrorism in its current shape remains one of the most challenging global threats. The area of responsibility of the Collective Security Treaty Organization (CSTO) is no exception.

Even though the Islamic State, Al-Qaeda (which are banned in the Russian Federation), and the armed terrorist groups linked to them have sustained severe  losses both in Syria andn Iraq, we are nevertheless concerned about a serious threat coming from these international terrorist organizations.

The fact is that it would be a mistake to underestimate the ability of present-day terrorists to, figuratively speaking, mimicry, quickly adapt to the changing environment. So, as soon as it became clear that the above mentioned terrorist structures were facing a defeat in the Middle East, their leaders began to reorganize the system of command and control of their groups and units. While they were doing so, they focused on training militants to popularize extremist ideology and recruit new members, to raise financial support, and to mount units responsible for the preparation and execution of terrorist attacks.

In a word, terrorist leaders devised a fairly effective strategy which envisaged  regrouping forces and resources according to the network principle. According to experts, in practice this means a well-coordinated approach in place of a chaotic movement of interconnected and autonomous Islamic State groups from the Middle East to countries of Europe, Central and Southeast Asia. Incidentally, foreign terrorists do not have any particular difficulty in entering countries of their further stay, since they use mainly legal channels of labor and humanitarian migration.

Naturally, CSTO experts are keeping an eye on this so-called “rotation”. The stake is on foreign terrorists returning to countries of origin or settling on the territory of other states. Before that, they, as a rule, are trained in Islamist camps, acquire the skills of subversive and sabotage activity, and, finally, set up underground cells. Thereby, as they say, they automatically increase the combat potential of existing terrorist groups and structures.

As for the CSTO area of responsibility, what triggers particular concern is the situation in Afghanistan. The fact is that international terrorist organizations in Afghanistan are reinforced by terrorists from Syria whose major purpose is to create the so-called “Islamic Caliphate Khorasan” with its further spread to the neighboring states of Central Asia. Unfortunately, the situation is aggravated by the fact that there are quite a few citizens of the CSTO member states in these terrorist organizations. Accordingly, we are aware only too well that under the circumstances the threat of terrorist acts on the territory of our states increases significantly.

What should we do given the situation, and what has already been done?

First of all, proceeding from the analysis of the situation on the border between the CSTO and Afghanistan, the CSTO heads of state, during the Council’s meeting in October 2016, took a “decision to introduce additional measures to counter international terrorism and extremism, which provide for a number of organizational steps to boost political and military cooperation and strengthen the CSTO’s antiterrorist potential. ”

As a result of this, the Organization has significantly increased the effectiveness of its annual regional operations. Among these is Operation "Channel" to combat drug-related crime, operations to curb illegal migration, codenamed "Illegal", and "PROXY" -  an operation to counter crimes committed with the use of information technology.

Thanks to the above measures, in 2018 alone, the law enforcement agencies confiscated over 16 tons of drugs, psychotropic and strong-impact substances, 407 units of rifled firearms, detained 443 people from the international wanted list, started 30 criminal cases on crimes related to terrorism and extremism, and exposed more than 10 thousand information resources that were disseminating information in the interests of terrorist and extremist organizations.

What other measures? An operation codenamed “Mercenary” was held in the spring of 2019 as part of the CSTO’s  "Additional measures". It was designed to block the recruitment channels, the entry and exit of citizens of the CSTO member states to participate in the activities of international terrorist organizations and neutralize their resource base in the CSTO area of responsibility.

Besides, a special task force has been formed and is training intensively with a view to address counter-terrorism agenda within the CSTO Collective Rapid Reaction Forces.

It is quite obvious that military exercises “Border”, “Interaction”, “Indestructible Brotherhood” and a number of special drills and operations conducted in tandem with the Collective Forces have become a serious deterrent and a demonstration of the intentions of the CSTO to resort to force if necessary.

I would also like to say a few words about preventive measures which are being taken by the relevant CSTO structures. According to the analysis of the situation in the Afghan provinces bordering the southern borders of the CSTO, not only has there been reported  an intensification of terrorist activities, but there has also been a significant increase in drug production. According to the UN Agency on Drugs and Crime, Afghanistan remains one of the world’s leaders in the production and export of opiates - today it accounts for more than 80% of the global drug market.

Here are some more facts and figures to this account. Reports say the gross annual income of international terrorist organizations in Afghanistan ranges from 300 to 400 million dollars. About 200 million dollars come from underground drug production. Operating in the provinces of Kunduz and Takhar, bordering Tajikistan, are 48 large drug groups that, in cooperation with international terrorist organizations, smuggle drugs out of the country in exchange for weapons and ammunition.

It is no wonder then that such terrorist structures have been making their presence felt and have been expanding the scope of their activities. As a result, clashes between law enforcement agencies of Afghanistan and the country’s irreconcilable armed opposition, as well as terrorist activities of the Taliban movement, of militants of the Afghan wing of ISIL (Vilayat Khorasan) and other similar organizations have long become habitual. Moreover, according to expert estimates, the intensity of hostilities in 2018 increased by almost 40% compared to the previous year. The beginning of 2019 saw a series of terrorist acts, including in Kabul, and an increasing activity of terrorists in the provinces of Kandahar, Faryab and Farah.

And one more important observation. According to analytical services of the CSTO, military operations in Afghanistan have shifted to the northern provinces — to the borders of Tajikistan, Turkmenistan, Uzbekistan. Clearly, by the end of 2018, most of the northern areas of Afghanistan had found themselves instability zones or areas under permanent control of militants of the armed opposition.

However, an increase in hostilities on the border with Tajikistan is a minor thing compared to other issues of concern. There is growing concern over the fact that another terrorist enclave controlled by ISIL (banned in the Russian Federation) is de facto being formed in the provinces of Jowzjan and Sari-Pul, which are located very close to the Turkmen border. According to the expert community, there exists a real threat of traditional one-man sabotage terrorist acts, and of a direct invasion of armed terrorist units with the establishment of control over transnational criminal networks related to drug smuggling and the creation of uninterrupted drug trafficking channels in the CIS countries.

Apparently, amid the present instability in the IRA, the Afghan issue is permanently on the agenda of the statutory bodies of the CSTO. Given the situation, it is very important that the Organization is developing and implementing projects of the CSTO Intergovernmental Program on the strengthening of the Tajik-Afghan border and is following the List of Additional Measures aimed at reducing tension on the Tajik-Afghan border.

In addition, a Working Group on Afghanistan was set up at the Council of Ministers of Foreign Affairs of the CSTO, which examines the situation in the country and drafts recommendations aimed at coordinating regional security efforts.

Notably, experts from the United Nations, the International Committee of the Red Cross, the OSCE Secretariat and regional anti-terrorist structures participate in  meetings of the Working Group on a regular basis.

Undoubtedly, all the above measures pursued by CSTO  funtion as a deterrent containing the activities of international terrorist organizations within our area of responsibility.