India and the Indo-Pacific: challenges and near-future agenda 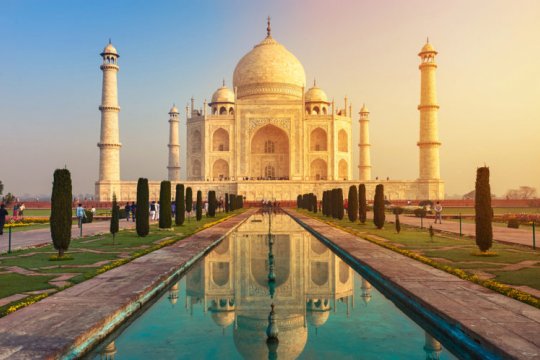 The coming into use of the term “Indo-Pacific Region” suggests the growing economic and strategic role of India on the changing geopolitical landscape. Such a concept places India at the center of this landscape, while India’s peripheral presence in the Asia-Pacific region is now a thing of the past.

The ultimate goal of India’s strategy in the Indo-Pacific Region (IPR) is to create a mobile system of geopolitical balances amid the growing influence of China and the resulting interest in the region from the United States and other Western countries.

Initially, New Delhi gave priority to the coastal zones of the Bay of Bengal, the Arabian and South China Seas, with a view to create a chain of friendly states that would stretch from the Gulf of Aden to the eastern tip of the South China Sea.

In this regard, not surprisingly, India has moved to a strategic partnership with the states that are located at the extreme poles of this chain - Oman and the Philippines. India has established an effective military and defense cooperation with Oman. Indian Navy officers provide instruction for representatives of the Royal Navy of Oman, the Indian Air Force uses Oman airfields to refuel, and the armed forces of both countries regularly engage in joint military drills (1).

New Delhi has been practicing the same cooperation format with the Philippines. Ships of the Indian Navy and the Coast Guards frequently call at the Philippines’ ports, both parties are cooperating in military logistics and fighting against terrorism. Manila and New Delhi have signed over forty agreements on cooperation in various sections of the economy (2).

Established in 1995, the Indian Ocean Rim Association (IORA) became a manifestation of India’s desire to create a political and economic partnership of  the coastal states.

Members of IORA are states that stretch from Iran along the east coast of Africa to South Africa, Madagascar and the nearby island states and states of South and Southeast Asia, from Bangladesh through Thailand, Malaysia, Singapore, Indonesia to the South-West Pacific (Australia, New Zealand ) (3).

Although India favors freedom of navigation and trade in the Indian Ocean, it is also interested in restricting the political influence of countries located outside the region that do not share the common political and economic interests of regional players. It means China. IORA is a flexible instrument for the consolidation of the region where “outsiders” can enter as interlocutors and partners in dialogue.

Along with the coastal zones of the Indian Ocean, Indian diplomacy is paying more attention to the island states in the Pacific Ocean. For New Delh, relations with these states are part of the “expanded neighborhood” policy. The development of relations with both coastal and island states makes it possible to reveal the practical use of the geopolitical essence of the concept of the Indo-Pacific region.

Even though India does not have a permanent military presence in the South Pacific, it is interested in it for geopolitical reasons. For this, the Indian Navy will have to expand their activity zone by using the Andaman and Nicobar Islands as  "springboards" in the east. In this case, military diplomacy cooperation will have to expand too. So far, India has permanent diplomatic missions in Papua New Guinea and Fiji, but without military attaches.

Strategic thinking requires of the Indian leadership to promote partnership with the following countries and international collective structures:
- USA, Australia, Japan (within the framework of the four-party Quad dialogue) and New Zealand;
- Chile as a flank state of the South Pacific adjacent to French Polynesia through the Chilean Sea (a political and legal concept denoting the Pacific waters belonging to Chile);
- France, proceeding from Paris’ consent to provide the Indians with the possibility of using French military bases in the Pacific;
- An advance group of Melanesian states (MSG) composed of Fiji, Papua New Guinea, Vanuatu, the Solomon Islands and Indonesia (associate member). The strengthening of the group’s negotiating positions will expand India’s diplomatic presence in Melanesia;
- Forum of Cooperation of India with the Pacific Island Countries (FIPIC);
- Iran, as a Shiite state, due to the growing influence of Beijing in Sunni Pakistan (China invests in the Pakistani port of Gwadar,  India - in the Iranian port of Chabahar) (4);

What plays into India’s hands is that five of the fourteen island states of the South Pacific are in free association with western powers - Cook Islands and Niue are in association with New Zealand, while Marshall Islands, Palau, Federated States of Micronesia - with the United States. The more so since Wellington and Washington support the strengthening of India’s role in this part of the world.

In the foreseeable future, the Indian leadership faces the challenge of increasing financial assistance to Pacific island nations and reaching agreements on joint economic projects. At the moment, the assistance provided by India is insignificant, while the volume China’s aid has surpassed the assistance provided by New Zealand, is almost equal to the financial injections from the United States and is second only to Australia.