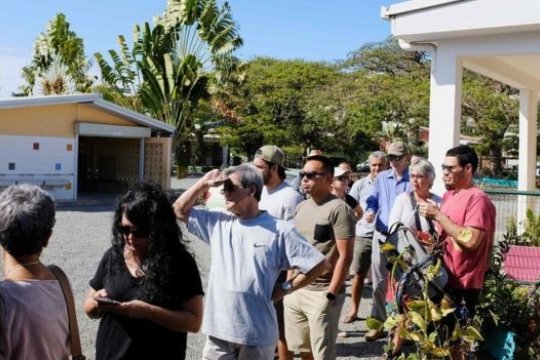 The results of the May 12, 2019 parliamentary elections in New Caledonia reflect a lingering political split in this French territory, comprising dozens of islands in the South Pacific. French loyalists won 28 seats in the 54-strong local legislature, just two seats more than the advocates of the region’s greater autonomy and even complete independence from Paris. (1)

The local society is divided along political and geographical lines. The indigenous Melanesians (Kanaks) have been in the minority since 1969, and currently account for 39 percent of the islands’ population. They make up a 70-percent majority in two of the three provinces of the archipelago (the Northern Province and the Province of Loiote), and a 26-percent minority in the Southern Province, where pro-French sentiment is strong.

Elections in New Caledonia are more than just a local development and are a source of serious concern for both France and Australia. (2)

France’s position. New Caledonia is France’s most faraway colony (17,000 km). The New Caledonians may hold two more referendums on independence before 2022 in keeping with the terms of the Noumea  agreement of 1998, which allows a second vote if the first one leaves the proponents of independence in a minority. During the first plebiscite held on November 4, 2018, 57 percent of New Caledonians voted in favor of preserving the archipelago’s status as an overseas French territory.
If New Caledonia gains broad autonomy, let alone independence, from France, this would change the strategic security pattern in the region, giving a boost to secessionist sentiments in US and European overseas territories  (French Polynesia, Reunion, Wallis and Futuna with an exclusive economic zone of 226,000 sq. km.), and seriously impairing Paris’ influence in the region.

The Indo-Pacific region (IPR) is viewed by France as the Paris-New Delhi-Canberra-Noumea axis. (Noumea is the capital of New Caledonia). (2)

By maintaining its sway over New Caledonia, France will retain its membership of the club of world powers, its continued role in the IPR and participation in theQuadrilateral Security Dialogue (Quad) between the United States, Japan, Australia and India, designed to check China’s attempts to secure for itself a place in the Indo-Pacific region.(3)

Paris fears that an autonomous or fully independent New Caledonia would seek financial assistance from Beijing in exchange for allowing Chinese companies access to the archipelago.

New Caledonia is also a mainstay of French military presence in the Pacific, a platform for scientific research and a source of strategic resources, such as   chromium, cobalt, manganese, gold, copper, lead, and nickel. The archipelago boasts the world’s fifth largest reserves of nickel, whose exports are projected to reach 4 million tons in 2021.

Therefore, Paris is trying, first and foremost, to minimize the consequences of the current divisions within the local pro-French political parties - Calédonie Ensemble, Le Repubilcans Calédoniens, etc. And with good reason too, because even despite their defeat in the May 12 vote, the secessionist forces have been gaining strength increasing their presence in the local parliament from 18 to 25 seats in the decade between 2004 and 2014, and, according to the results of the May 12 elections, bringing their membership to 26.

The indigenous Kanak population is getting politically active too, showing a hefty 81 percent turnout in the November 4, 2018 independence referendum, which exceeds by more than twice the 40 percent voter turnout in national elections in France proper. Moreover, a meagre 3 percent of ethnic Kanaks voted for loyalists. By 2022, the number of Kanak voters is expected to rise even further, while that of French voters will remain at the present level.

Australia’s position. In the southwest, New Caledonia borders on the exclusive economic zone of Australia, with which it shares the region’s potential hydrocarbon reserves. In the southeast, it borders on the island state of Fiji, which is busy building up ties with China.

Canberra worries about the impact that the developments in New Caledonia could have on the secessionist movements on the Island of Bougainville in Papua New Guinea and West Papua (a province of Indonesia), all the more so given the threat of Islamism and illegal migration. Canberra also prioritizes cooperation with Indonesia in the field of economics, science, culture, defense, and in tackling the consequences of natural disasters.

An uncontrolled process of sovereignty declarations in the South Pacific region threatens to destabilize the regional security system Canberra has been building there for quite some time now. New Caledonia’s potential independence would jeopardize an existing defense agreement between Australia and France, which provides the Australian Navy with access to French military bases in the archipelago.

Differed as they are on the format of cooperation with China, the Australian government and the opposition still recognize the need for building up trust between the two countries, and, above all, for  promoting closer economic ties with Beijing. (4)

Here, however, Canberra’s vision about future of the IPR differs in many respects from Paris’. Australia is careful to avoid a head-on clash with China in the region, preferring instead to seek a balance of interests, mindful of the positions of all regional actors, especially international associations, such as the Quad, FRANZ, ANZUS, APEC, Pacific Islands Forum, etc.

France, for its part, sticks to a more confrontational tactic as it tries to maintain its status as a Pacific power. However, the financial assistance that the states of Oceania are getting from Australia ($1.3 billion) is way bigger that what is provided by France ($100 mln.). (2)

Simultaneously, Canberra would like to see a rise in the humanitarian aspect of the French policies in Oceania.