“Nevada-Semipalatinsk”: living under the threat of nuclear catastrophe 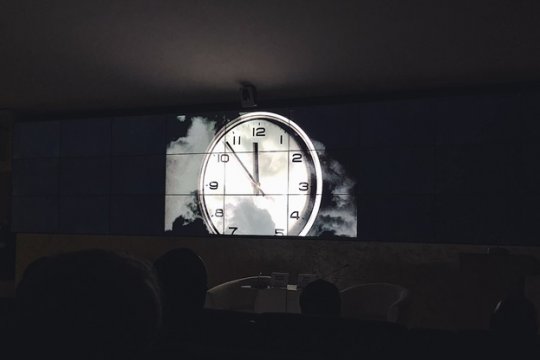 In the walkup to the International Day Against Nuclear Tests, marked on August 29 in keeping with a pertinent resolution by the UN General Assembly, the “Where the Wind Blew” documentary was shown and discussed by members of the Public Chamber of the Russian Federation.

On August 29, 1991, the Soviet Union shut down its nuclear test range in Semipalatinsk, Kazakhstan, where it had tested its nuclear weapons during the Cold War era. The screening of the documentary film, jointly organized by the Kazakh embassy in Russia, and the Center for International Security and Politics, was also timed for the 30th anniversary of the Nevada-Semipalatinsk public anti-nuclear movement.

The feature-length documentary by the British director Andre Singer recounts the tragedy of hundreds of thousands of Soviet and US citizens, who suffered the terrible consequences of nuclear experiments done on both sides of the Atlantic Ocean. The film, aimed at a wide international audience, is a good example of how public and cultural diplomacy can bring people closer together better than professional politicians.

The Soviet Union intensified its nuclear research effort shortly after the end of World War II. The United States’ deadly atomic bombings of Hiroshima and Nagasaki, which came as a threat to global peace and security and all mankind, forced the Soviet Union to immediately start the development of similar weapons. The Soviet nuclear tests were carried out in many remote parts of this country, including the Novaya Zemlya archipelago, the Urals and the desert steppes of northeastern Kazakhstan. Unfortunately, some of these sites were not too far away from populated areas.

The 18,000 square kilometer Semipalatinsk range, located south of the Irtysh River Valley in Kazakhstan, was chosen as the main proving ground for the first Soviet atomic bomb, which was successfully tested there on August 29, 1949. The city of Semipalatinsk (later renamed Semey), with a population of over 100,000 was located just 150 kilometers away.

Between 1949 and 1989, the Soviet Union conducted 456 nuclear tests (surface, underground and in the air) in Semipalatinsk. Accidental failures led to the spread of radioactive materials and the leakage of radioactive gases into the environment. Just a few years after the start of the tests, the number of malignant diseases and birth defects among local residents increased sharply.

Children were born with severe neurological pathologies and serious bone deformities, some were born without limbs. According to a Semey Nuclear Medicine and Oncology Center estimate, at least 60,000 people have succumbed to radiation-related diseases and more than 1.5 million people have suffered from and continue to feel the effects of the nuclear tests already in the third generation. At the dawn of the Cold War, the process of developing and testing nuclear warheads was spurred by the growing confrontation between the two superpowers. In the United States, the Nevada Test Site, set up in 1951 and existing to this day, was chosen as one of the country’s primary nuclear testing venues. The first 1 kiloton charge was detonated there on January 27, 1951, and 928 nuclear explosions have since been carried out at the site on an area of about 3,500 square kilometers.

In addition to nuclear tests, the Nevada Test Site was extensively used to study the consequences of nuclear weapons use. US Army engineers built entire residential neighborhoods, which imitated typical American or European city neighborhoods. Military fortifications were erected at various distances from ground zero with weapons and dummies deployed to study the damaging effects of nuclear blasts. Before the 1963 Treaty banning nuclear tests in the atmosphere, in outer space and under water entered into force, about 100 explosions were set off with thousands of US soldiers participating in large-scale and extremely dangerous drills in the immediate vicinity of the epicenters of the explosions. During the 1950s and 1960s, the characteristic mushroom-shaped clouds generated by the explosions were clearly visible from as far away as Las Vegas. Hearing about another nuclear test being prepared by the military, “spectators” gathered along the range perimeter to watch spectacular-looking “nuclear mushrooms” billowing up.

The effects of those tests on the Americans were no different from those suffered by residents of Semipalatinsk.

“Where the Wind Blew” also tells the tragic story about the fate of the cast of the 1956 film “The Conqueror” by the US director Dick Powell. "The Conqueror" was filmed on location in a desert in Utah, just about 200 kilometers away from a Nevada test site where the United States had conducted above-ground nuclear weapons testing three years before. After several radioactive rains and a series of failed takes, the producers decided to suspend filming and to continue it in Hollywood studios. To imitate a desert setting, unknown to the film’s crew and cast, tons of contaminated land was brought in from the original location. As a result, of the film’s 220 cast and crew members, 91 developed cancer and 46 ultimately died of the disease.

A dramatic spike in oncological and other serious diseases among people living in areas adjacent to the two countries’ nuclear test sites was not lost on the international community. In the mid-1980s, activists began asking questions about the true nature of the tests, and launched a campaign to shut down the Semipalatinsk range. One of the first anti-nuclear movements - “Nevada-Semipalatinsk” - was established in Kazakhstan on February 28, 1989, led by the well-known Kazakh activist Olzhas Suleimenov. Thousands of people joined the movement taking part in demonstrations, protest marches and peace rallies in Kazakhstan, Russia, the United States and Japan, ultimately playing an important role in the 1991 closure of the Semipalatinsk test site in northeastern Kazakhstan.

The Nevada-Semipalatinsk movement scored a major success with the launch of the world’s first model of interaction between popular and parliamentary diplomacy. A delegation from Nevada arrived in Kazakhstan and together with members of the Nevada-Semipalatinsk movement they marched in a peaceful procession, demanding an end to nuclear tests around the world. This is how the movement gained international status demonstrating solidarity with similar movements in the United States, calling  for the closure of the Nevada testing ground.

Taking part in the Public Chamber meeting in Moscow was Karikbek Kuyukov, a prominent member of the international anti-nuclear movement and an artist, who paints with his lips and toes.

Karikbek was born in 1968 without arms as a result of radiation exposure his parents had been subjected to during tests in Semipalatinsk. His paintings, which are about the threat, which nuclear weapons pose to humanity, are exhibited in private and public collections around the globe. The “Where the Wind Blew” documentary is also about the personal tragedy Karikbek Kuyukov and the people of his native village of Egindybulak in the Semipalatinsk region.

Karikbek Kuyukov is an Honorary Ambassador of the ATOM project, an international initiative, whose primary goal is to build international support for the abolishment of nuclear testing and subsequently completely renounce nuclear weapons worldwide. ATOM stands for "Abolish Testing. Our Mission."

Speaking during the documentary’s screening at the Public Chamber, the Minister-Counselor of the Embassy of the Republic of Kazakhstan in the Russian Federation, Erkin Tukumov, underscored his country’s role in resolving nuclear issues. Since the Semipalatinsk test site was shuttered in 1991, Kazakhstan has joined the countries, which actively advocate reducing the threat of nuclear proliferation and using nuclear energy for peaceful purposes only. Kazakhstan was one of the first to sign up to the 1968 Nuclear Non-Proliferation Treaty. “The global initiatives of Kazakhstan on this track are well known,” Tukumov said.

During the 2015 plenary meeting of the UN General Assembly, Nursultan Nazarbayev proposed a program to achieve a world without nuclear weapons by the centennial anniversary of the United Nations Organization. Regarding the issue of non-proliferation of nuclear weapons and nuclear disarmament, the importance of initiatives, such as the establishment of a nuclear-free zone in Central Asia, already the sixth such zone around, can hardly be underestimated. To add a multilateral dimension to issues related to the peaceful use of nuclear energy, in 2017 Kazakhstan set up on its soil a Low Enriched Uranium (LEU) Bank under IAEA control.

“Kazakhstan appreciates the consistent and unchanging policy of the Russian Federation, our reliable friend and strategic partner, on issues of non-proliferation of nuclear weapons, strategic stability and global security,” Erkin Tukumov emphasized.

The international community should make every effort to check the spread of nuclear weapons, said Alimzhan Akhmetov, director of the Center for International Security and Politics. “Such films are important in that they give everyone a chance to perceive this problem as a personal one. Psychologically, people tend to shut themselves off everything that causes pain, horror or compassion. We think that such things will not happen to us, while in fact, a nuclear apocalypse can happen any moment. On the UN floor, they say that a complete rejection of nuclear weapons is the only guarantee of their non-use. There is always a risk of human error, technical failure or a terrorist attack. Living with this is nerve-wracking and scary,” Alimzhan Akhmetov noted.

In conclusion, the organizers of the event described the presentation of the “Where the Wind Blew” documentary as an expression of solidarity with the victims of nuclear tests, their relatives and friends, not only in Kazakhstan, but elsewhere in the world.

Denis Kiris, deputy head of the Russian parliament’s Commission for Cultural Development and the Preservation of Spiritual Heritage, promised to help make sure that the film enjoys wider exposure on television and other media outlets. These days the world is teetering precariously on the brink of a nuclear catastrophe, and this is dangerous reality humanity should wake up to. Andre Singer’s film is a warning to all of us that another tragedy related to nuclear weapons use must not be allowed to happen.