The vicious circle of Lebanese politics 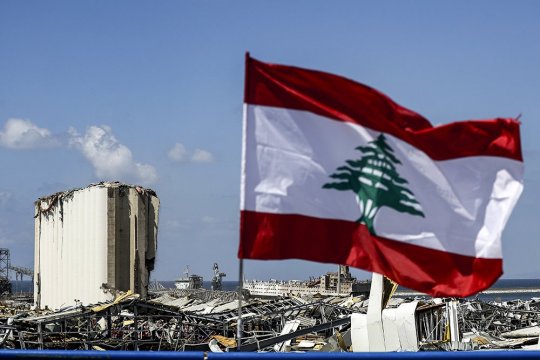 The formation of a new government in Lebanon was supposed to be the first step on the way to implementing reforms that would help bring in foreign financial assistance that the country needs to overcome the hard-hitting economic crisis and the consequences of the August 4 explosions in the port of Beirut. However, on September 26, Lebanon’s acting Prime Minister Mustapha Adib tendered his resignation, refusing to form a new cabinet. Was the Lebanese politicians’ failure to reach agreement caused by internal political reasons alone, or was it a result of external pressure? Experts taking part in a press conference held by the news agency Rossiya Segodnya tried to find answers to these and many other questions.

The past 12 months have already seen the resignations of two Lebanese governments: the technocratic Cabinet of Prime Minister Hassan Diab stayed in power for six months, and stepped down on August 10 (a week after the Beirut port blast), and the one led by Mustapha Adib, appointed by the country’s  corrupt elite, proved equally short-lived. Adib explained his resignation by the local political parties’ reluctance to depoliticize the process of forming a new government.

The Lebanese policy of the past few years has apparently been following the same scenario where a new government is formed, but the very same problems remain that no one is able or willing to address.

Speaking at a September 27 news conference, devoted to Lebanon, French President Emmanuel Macron said that the country’s political elite had decided "to betray" their obligations to France and the international community to form a reform-minded government.

“I see that the Lebanese authorities and political forces chose to favor their partisan and individual interests to the detriment of the general interest of the country,” Macron added.

President Macron was the first to visit Lebanon following the Beirut port blast, and proposed a roadmap to steer the country out of the crisis. According to journalists from Al Jazeera with knowledge about the content of the French initiative, Macron’s roadmap lays out the following demands:

During the press conference in Moscow, Russia’s former ambassador to Lebanon, Alexander Zasypkin, noted that Macron's initiative reflects the essence of the French policy of recent years. In 1923, France received a League of Nations mandate to prepare Lebanon for independence in the wake of the fall of the Ottoman Empire. Lebanese society was heavily influenced by French culture and most of the country’s citizens still speak French and consider it their native language. After the explosions in the port of Beirut, they even initiated a petition, signed by tens of thousands, to bring the country back under the French mandate.

According to Alexander Zasypkin, the government crisis in Lebanon has been going on for more than a decade now. Mustapha Adib was to form a technocratic government and start fulfilling the terms of the "deal with France." However, the Shiite parties Amal and Hezbollah rejected the principle of rotation of ministerial posts and said that they would participate in the government only if the Shiite community retained control over the Finance Ministry.

“Hezbollah and its allies announced this after the United States added ex-Finance Minister Ali Hassan Khalil to the sanctions list, accusing him of ties to the party and indicating that the post should not be held by a Shiite representative. This means that the United States and other external players are exerting strong pressure on the political life of Lebanon,” Zasypkin said.

The Lebanese political class thus once again discredited itself in the eyes of the international community with its unwillingness to change anything.  Lebanon now says that it needs $20 billion in foreign financial assistance, but it looks like no one is willing to line up the required sum.

Deputy Director of the Institute for Forecasting and Settlement of Political Conflicts Alexander Kuznetsov noted, however, that international influence on the situation in Lebanon is by no means decisive as the country remains in a state of a deep internal political crisis.

"The political system of Lebanon has outlived its usefulness" (Alexander Kuznetsov)

Alexander Kuznetsov pointed to the confessional system of government, which has been in place in Lebanon for the past 30 years. It rests on the sect-based quota system (muhasasa taifiyya), under which the post of president goes to a representative of the Christian Maronite community, of the prime minister - to a Sunni, and of the parliamentary speaker - to a Shiite. Moreover, according to the expert, certain posts in the government are secretly assigned to representatives of certain communities. For example, the post of finance minister was held for many years by a Shiite, the post of defense minister was assigned to a member of the Christian community, while a Sunni representative held the post of interior minister. During the past few years, however, the Lebanese have been demanding changes in the political system and a transition to a non-confessional system of government.

“Needless to say, such a transition can’t be painless. Just how this should happen in practice is hard to say. If technocrats come to power, it will be the end of the traditional political parties and of the country’s current political elite. If the principle of “muhasasa taifiyya” goes, Christians will lose their advantageous political position and Lebanon will turn into a Muslim state,” Alexander Kuznetsov added.

Right now, there is no visible way out of the crisis in Lebanon, neither are any ways to resolve it. It is hard to predict the country’s future, but Alexander Kuznetsov fears that if allowed to aggravate, this present crisis is fraught with the disintegration of the Lebanese state in its current form or radical changes in its political system.