Is there any alternative to WTO? 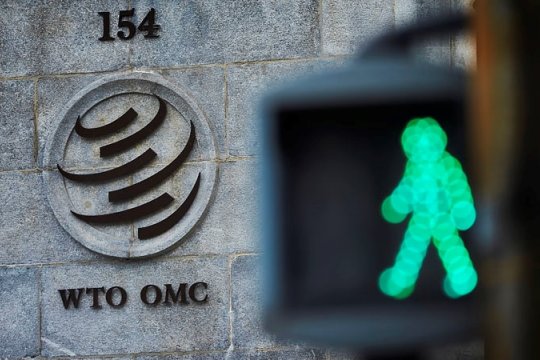 This year the World Trade Organization (WTO) marked its 25th anniversary. However, according to experts, each year it becomes more and more difficult for the WTO to maintain its status as a global trade regulator. The outgoing year 2020 has been unprecedented for the organization due to a downturn in global trade caused by the COVID-19 crisis. According to the Global Trade Alert, a new policy intervention that affected cross-border commerce has been introduced every 3.5 hours worldwide this year. The situation was complicated by the slowdown of the negotiation process going on within the WTO over the past few years, which has reflected negatively on the quality and speed of decision-making. There has been mounting criticism of the organization’s failure to move with the times, and calls for reforming the WTO are becoming increasingly vocal. Is there any alternative to the WTO at the moment? Yekaterina Mayorova, Director of the Russian Ministry of Economic Development’s Trade Negotiations Department, provided an answer to this question during an online discussion "WTO reform: can the organization return its former authority?" held by the Valdai Club on December 15.

Despite the deplorable situation the WTO now finds itself in, Russia is all set to stick with the organization, and with pretty good economic reason too, Yekaterina Mayorova explained.

“The Russian economy is highly dependent on foreign economic relations, almost all of which are regulated by the WTO law. Almost every sixth ruble of our budget revenues comes from foreign economic activity. Presently, merchandise exports account for a quarter of Russia's GDP. Although much of this comes from the sale of oil and gas, with the share of non-energy exports being smaller than desired, the government is determined to achieve economic diversification, including of our foreign trade," Mayorova noted.

"For Russia, the WTO is an uncontested institution" (Yekaterina Mayorova)

Diversification will be impossible without meeting three basic conditions. First, Russia should have access to effective instruments of safeguarding the trade interests of its companies. Second, we need rules of the game in foreign markets that are comfortable for our business, and such mechanisms are easier to create in a one-sided format, which is the only one capable of ensuring their universal nature. Thirdly, it is important for Russia to maintain its status of a reliable trading partner, and Yekaterina Mayorova believes that this can be achieved by meeting in good faith its international obligations, above all those adopted within the WTO.

“No other institution provides such an effective platform for negotiations on new rules and out-of-court protection of one’s interests. In economic terms, the WTO is an uncontested institution,” she emphasized.

Besides the purely economic reasons for Russia’s continued membership of and active participation in the WTO’s activities, there is also a legal explanation for this since the WTO rules are binding for Russia regardless of this country’s membership in the organization. This is due to Russia's participation in the Eurasian Economic Union because, in keeping with the Union’s founding treaty, the obligations of its members are part of the EAEU legal system, and in the event of one of the members’ hypothetical exit from the WTO, it will still be bound by the obligations and rules of the WTO as stipulated by EAEU regulations.

"It's too early to bury the WTO, despite all the difficulties" (Yekaterina Mayorova)

“Apart from the WTO’s legal framework, there is a bevy of international trade agreements. However, it is the rules of the World Trade Organization that all such agreements hinge on, as basic WTO regulations are at the heart of any free trade accord and govern the provision of trade preferences. In addition, for many countries, WTO membership is a prerequisite for starting a dialogue on building any kind of economic relationship. No regional trade agreement can provide an appropriate level of uniformity, simplicity and transparency of regulation and universality. Moreover, such agreements are unable to ensure the scale and effect that the WTO’s multilateral format can offer. As for some economies’ attempts to settle disputes on a bilateral basis, ignoring the WTO principles, we consider such attempts extremely dangerous. They lead to the fragmentation of the world trading system, and the consequences of such transactions negatively impact all players on the world market,” Yekaterina Mayorova explained.

According to her, the situation stemming from the COVID-19 pandemic necessitates the inclusion of anti-crisis mechanisms in the WTO’s work. However, the pandemic per se has not created any major new problems to the organization.

“These problems existed in the WTO before the coronavirus, and some of them did so for decades. I believe that the pandemic only “highlighted” the need for new, general and universal agreements in some areas, the need that has become all the more acute now that we have widespread lockdowns,” Yekaterina Mayorova concluded.