Verticals and Horizontals of the Parallel Worlds 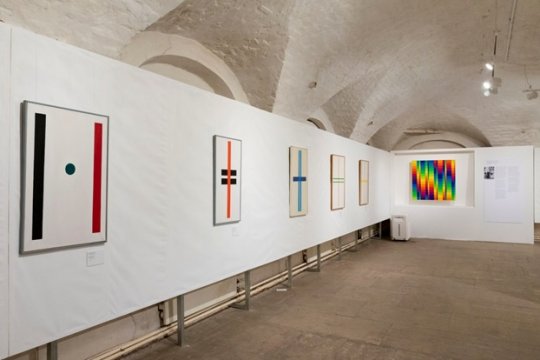 It does not happen too often that a museum exhibition becomes not only a notable art event of the season but also a moving personal story that a visitor cannot miss. It is exactly the case with the show “Vertical - Horizontal: Richard Paul Lohse - Vladimir Andreenkov” currently hosted by the Schusev State Museum of Architecture with the support of Swiss Embassy in Russia, Pro Helvetia Moscow and Nadja Brykina Foundation. The project is dedicated to the 45th anniversary of the meeting of a Swiss artists and architect Richard Paul Lohse (1902–1988) and the Soviet nonconformist graphic artist Vladimir Andreenkov (born 1930). 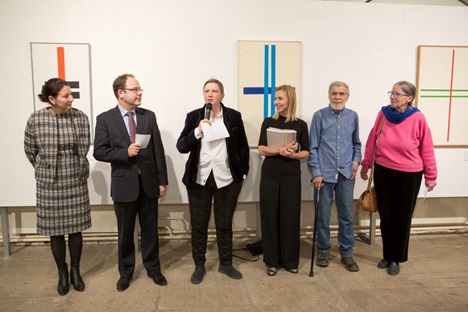 Exhibition opening at the State Museum of Architecture

Meticulously curated by Anna Brouver, the show now on view is a proof that a conversation in art never stops though the epoch of avant-garde art has been long over. Two artists who belonged to two different worlds simultaneously started to explore visual means in the similar direction, projecting their imagination and spatial apparitions into vertical and horizontal lines. Their laconic and succinct plastic language looks incredibly modern, however, it took almost half a century for these lines to cross in time and space. 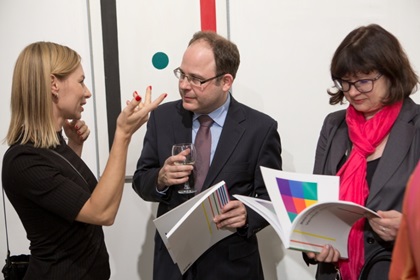 Curator Anna Brouver and the representatives of the Swiss diplomatic mission

“First and foremost it is the matter of a metaphysical dialogue between artists that never stops…. It's crucially important that the conversation of the two artists who used the language of avant-garde continued even at the time when officially this period in the art history finished. In fact, it’s only now that we need to realize what to do with all this rich heritage…“, Elizaveta Likhacheva, the Director of the State Museum of Architecture, said at the opening.

Greeting the guests and organizers of the exhibition, TobiasPrivitelli, the Deputy Ambassador and Head of the Political Department of the Swiss Embassy in Russia, emphasized that the museum has been a long-lasting partner of the Swiss Embassy in Russia – since 2002, when the show “Made in Switzerland” became one of the first exhibitions dedicated to Swiss architecture and design, to the present day. “Now we are working on a joint project dedicated to the roles of Swiss architects in reconstruction of Moscow after the war with Napoleon. Opening of the exhibition today is a great opportunity to see what was going in the art of the two countries in the 1970s. And I was really moved by the fact that these artists met in person. It's a wonderful story”, added Tobias Privitelli.

Today, with the “Vertical and Horizontal” series on the display, a viewer is able to continue and interpret the conversation between the artists - Lohse's classic paintings nonrepresentational, systematic, two-dimensional laminar planes of interacting colour elements are next to Andreenkov's series of coloured verticals. 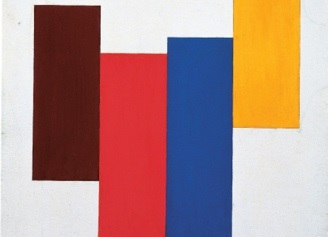 The first acquaintance of Lohse with the works of Andreenkov happened at an exhibition at the Rene Ziegler Gallery in Zurich in 1970 and became an important milestone in the creative lives of both artists. According to Johanna Lohse James, the daughter of the artist who currently heads Richard Paul Lohse Foundation, “having seen Andreenkov’s works at the Ziegler gallery, my farther even bought some of his works and made a strong decision to meet him in person.”

The personal meeting took place in August of 1974 when Richard Paul Lohse visited Andreenkov on the occasion of his journey to the Soviet Union. It was a private visit because Johanna Lohse studied Russian language at the Moscow State University during the summer term. Friendship struck up between the two artists, basically due to their general ideas about art – both explored colour fields and lines, though the Swiss artist was heavily influenced by European constructivists such as Theo van Doesburg, Sonia Delaunay and Piet Mondrian and Andreenkov proceeded with his practice in the 70s and 80s. 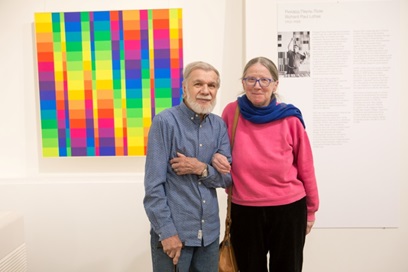 For Vladimir Andreenkov the meeting with Lohse was a proof that he was not alone in his creative views and ideas. Though Vladimir Andreenkov’s abstract works inherited the Russian avant-garde, they were independent and original. The series “Rhythms”, “Consonances”, “Constructions”, compositionally adjusted geometrical worlds, where the diagonal axis and complex colours dominated. In the Soviet Union, Andreenkov did not have like-minded people, neither could he find them abroad because of the “iron curtain” between the USSR and the West. Many Soviet artists had to navigate their path in art guided by intuition and were able to learn about latest trends from catalogues and books they were able to get by mere chance. In the 1960s Andreenkov, along with other bright non-conformist artists – now world-famous - such as Ilya Kabakov, Ivan Chuykov, and Vladimir Yankilevsky, was searching for his own unique artistic style.

Andreenkov immediately gained deep respect for personal "mathematics" and the colours of Lohse's works. His work as a graphic artist and book designer placed him among the pioneers of modern Swiss graphic design. Along with artists such as Theo van Doesburg, Sonia Delaunay, Piet Mondrian, he developed the principles of a particular art based on creating a product of art ready for the audience to “consume” it. Vladimir Andreenkov was greatly influenced by the monograph Richard Paul Lohse “Modular and Sequential Compositions”, presented to him by the Swiss artist: in artificial cultural isolation, it became a proof that he was on the right track; that there were people who are close to his art and who are able to understand him. Andreenkov kept the monograph close to his heart throughout all these years, and «when I saw it in his Moscow studio in 2011, it was still carefully wrapped in the paper that faded from time», says Anna Brouver, the exhibition curator and the author of the catalogue essay published for the current show. 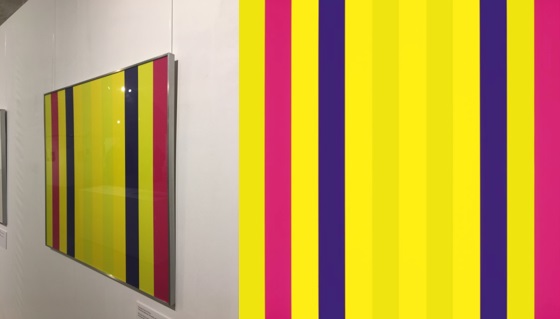 The point of contact between the two artists was the series of works Horizontal by Richard Paul Lohse and Vertical by Vladimir Andreenkov, created in the 1970s in Switzerland and the USSR

respectively. Despite the resemblance of the pictorial manner, the artistic approaches of the authors were different: Lohse justified his methods in texts and calculations, whereas Andreenkov approached his Verticals on a spiritual and intuitive level. Lohse preferred to print his works while Andreenkov used ink, gouache and pencils. That difference in technique is particularly visible at the current show that juxtapose the works of the artists. Besides paintings and print works on the display, the exhibition offers a selection of book covers and graphic pieces by Richard Paul Lohse for brochures such as” The USSR: people, state and economy” or “The short guide to History of Russia”. 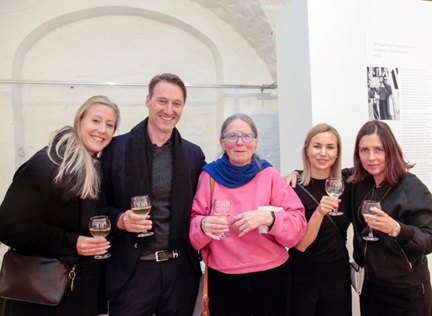 Guests and organizers at the opening ceremony

The exhibition at Aptekarsky Prikaz of the State Museum of Architecture will be running till November 3, 2019 granting visitors the opportunity to admire works of two great artists of Russia and Switzerland. A fringe programme includes a group show “Dis<  >Order” which is running in parallel with the main exhibition. It was initiated by Nadja Brykina Foundation and according to the curator Anna Brouver “initiates the dialogue between the representatives of the younger generation of contemporary Russian and Swiss artists”. It's an attempt to trace down the ideas of constructivism in both countries 50 years later.

Images: courtesy of the Nadya Brykina Foundation and by Elena Rubinova