A pandemic of authoritarianism, or how COVID-19 is nixing democracy 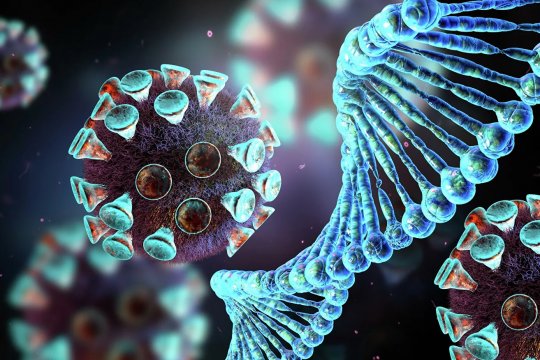 According to Australia’s Department of Health, the total number of COVID-19 infections in the country has reached 26,136. This ranks Australia 75th in terms of the spread of the deadly virus. The number of confirmed cases in Australia has more than tripled over the past two months with the number of fatalities spiking from 104 to 748. The southeastern Victoria State has been under tight quarantine for six weeks since July in an effort to check the spread of the coronavirus infection, which has sparked the officially-reported second wave of the COVID-19 pandemic in Australia.

Speaking at a news conference in Canberra, Prime Minister Scott Morrison said that although in May the government had adopted a three-stage roadmap for easing control and prevention measures, the worsening  epidemiological situation in Victoria had prevented a completion of the third stage of lifting restrictions in July. Presently, the epidemic is gradually being brought under control, and all regions and territories of the country, with the exception of the state of Western Australia, have agreed to wrap up the third phase of lifting restrictions by Christmas, even though in the country’s second largest city of Melbourne it was announced in August that due to the worsening epidemiological situation, the quarantine was being extended for another two weeks.

In September, a series of protests flared up in the country’s largest cities of Melbourne and Sydney, and also in Brisbane, Adelaide and Perth where people marched in the streets protesting against the harsh isolation measures and a ban on public gatherings that have been in effect for the past 45 days, and chanting "freedom!" and "human rights!" The authorities have warned the anti-isolation protesters about possible detentions. A total of 15 people were arrested in Victoria and 160 notices of violations were issued. Fourteen people were detained for violating Department of Health recommendations, and one for assaulting police officers. Victoria Prime Minister Daniel Andrews condemned the protests, calling the demonstrators “absolutely selfish."

“We are in a city where the isolation offered by Daniel Andrews is actually worse than what’s going on around,” protester Fiona Kat told AFP. According to Reuters, the protests were organized by online groups promoting virus-related conspiracy theories and opposing vaccinations. Earlier, Australian police took angry flak for arresting a pregnant woman accused of circulating protest sentiments online. Notably, the police have now been authorized to enter people's homes without prior notice to make arrests.

Moreover, the Parliament of Victoria will soon discuss a new law aimed at combating dissent, which, if enacted, would make the authorities feel free to detain people they consider "dangerous," and eventually bend the law - in other words – before a crime actually happens. This means that people can be arrested for an offense that they have not even committed! Just how the new law will dovetail with democratic values, human rights and freedoms is a big question though.

The new legislation will presumably target people who refuse to abide by the isolation rules, make online calls to cancel these measures, and supporters of "conspiracy theories" about the virus, which they are actively promoting it on social networks. The law will also apply to mentally disabled persons and those under the influence of drugs. Regardless of the case, all those who are detained as a result of this legal act will be moved to special quarantine facilities to avoid contact with other people.

Naturally enough, the new law raises a lot of questions and concerns: how effective will it prove in the fight against COVID-19? How does it tally with civil rights and freedoms, which are thus infringed upon as never before?  Where is the line that separates protection from control? Since the global outbreak of the COVID-19 infection, the Victoria State police have arrested people for posting news not coming from official sources, for simply sharing on social media coronavirus-related information not approved by the authorities, and even for Facebook posts made during isolation.

Australia is certainly not the only country that has resorted to authoritarian measures that ride roughshod over the people’s rights and freedoms since the start of the coronavirus pandemic. Many countries that once professed democratic values ​​are now introducing openly undemocratic restrictions under the pretext of combating the virus. Will they really manage to stop the pandemic, or are we witnessing the spread of a more dangerous disease: a pandemic of authoritarianism?