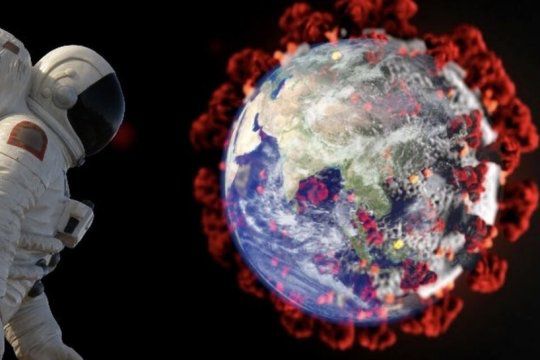 During an online discussion of “The First Year of COVID-19: Socio-Political Consequences as Seen by Valdai Club Experts” report, hosted by the Valdai International Discussion Club, prominent Russian and foreign scientists  dwelt on the biggest global challenges of the latter half of the year 2020, and whether the world will be able to return to its “pre-COVID“ state.

The Valdai Club’s Program Director Oleg Barabanov spoke about the concept of the presented report and mentioned the wealth of comments made throughout the past year by political scientists, sociologists, economists and health experts on the social consequences of the coronavirus pandemic.

“We found it appropriate to bring together the most important publications of our authors so that we could see not only the evolution of the processes that were going on in the world during the past year, but also the transformation of expert opinions,” Barabanov said.

According to him, the first publications about the outbreak of the coronavirus infection, which appeared in January-February 2020, were often overly alarmist for understandable psychological reasons, even to the point that the pandemic could very quickly destroy the human race. Their opponents argued, however, that nothing terrible was happening, and it was mostly an information campaign to grossly exaggerate an essentially insignificant event. These polar opinions eventually transformed into corresponding sociological approaches, with the proponents of the former arguing that the world will never be the same, that the pandemic has greatly changed social ties, including state-society relations in all countries, as well as economic models and, therefore, the world as it was before the pandemic is now history. The opposite point of view boiled down to the fact that no serious changes have occurred, that the pandemic will pass, and all the pros and cons of the pre-pandemic world will stay on.

In addition to these generally polar opinions, the topics that they highlighted featured front and center in the materials published by the Valdai Club’s experts. Some of them were particularly significant. For example, the President of Gallup International Association, Kancho Stoychev, published materials about social fears and the inflated public response to the coronavirus pandemic.

“Unfortunately, the optimal way out of the pandemic has not yet been worked out,” Oleg Barabanov concluded.

The new values that have emerged in the course of the pandemic, some of them absolutely paradoxical for modern society, featured equally high in the works of the Valdai Club experts. In part, they can be viewed as “values ​​of unfreedom,” look provocative and, judging by a wave of civil protests in many countries, are not to the liking of most of us. Nevertheless, these values were increasingly strengthened and postulated by states throughout the past year.

The value of the state has significantly increased in the eyes of citizens, especially during the first months of the pandemic and amid the social fears associated with it. It turned out that regardless of the nature of the political regime and form of government, almost everywhere all things private were collapsing at a faster rate than the state, as both civil society and various economic sectors were forced to seek state support. Oleg Barabanov warned against blowing this tendency out of proportion to prevent a situation when people will start losing confidence in the authorities and governments.

The most important topic of “The First Year of COVID-19: Socio-Political Consequences as Seen by Valdai Club Experts” report was the geopolitics of vaccines and the global actors’ response to the emergence of new drugs. It is no longer possible to ignore the crisis of global solidarity and the rise of protectionism everywhere. The vaccination process now ongoing in a number of countries has also contributed to dividing the world in two. The daily updated global statistics on the number of vaccinations show that most of them are happening in rich countries, which either developed the vaccine themselves or could have purchased it. This has left all of the world’s poorest countries, including in Africa, in an extremely difficult situation, thus widening the yawning gap already existing between the "global North" and "global South," with the latter now fearing a revival of global apartheid.

Richard Sakwa, Professor of Russian and European politics at the University of Kent in Canterbury spoke about the situation around the fight against coronavirus in the UK. He sees no reasons for optimism here as by January 26, the total number of deaths in Britain stood at 100,000 - the highest per capita death rate in the world. In addition, there is a new strain of coronavirus now spreading… More and more people now wonder why the situation in the country is so bad and whether the reason for this is the country’s health care system itself and the government’s inept response to the crisis.

According to Professor Sakwa, the COVID-19 pandemic is the biggest challenge that the United Kingdom has faced since the Second World War, and has laid bare multiple social and political pathologies. He admitted, however, that after the war, thanks to the Labor Party’s effort, a “welfare state” and a national health care system appeared in the country. Will public solidarity, whose level has proved to be higher than initially expected, especially in the first months of the epidemic, help bring about new qualitative changes in society? Meanwhile, such elements of modern society as open borders, policy liberalization, and the widespread practice of outsourcing, have actually helped aggravate the crisis. Another big problem is social inequality and the nature of modern-day elites, often dominated by technocrats. Protests by minorities in many developed Western countries, including the United States, are yet another alarming symptom of the crisis. According to the British expert, such protests may eventually lead to full-scale cultural wars.

Apostolos Veizis, Director of the Medical Operational Support Unit for Médecins Sans Frontières (Doctors Without Borders) nonprofit organization in Greece, believes that because prior to the COVID-19 pandemic medicine and health were not considered a priority at the global level, it made them vulnerable. The problems that have arisen need to be addressed from the standpoint of the possible emergence of new pandemics.

“I believe that we will soon be able to create a vaccine. What I am not sure about, however, is solidarity of modern-day humanity. In any case, the new drug should be available for all countries, no matter where they are,” Veizis emphasized.

In turn, President of Gallup International Association Kancho Stoychev said that the world has found itself in an extremely serious situation when a significant part of the world's population is experiencing psychological problems caused by their forced isolation.

“We are heading towards a new type of consensus. The role of equality and freedom is sharply declining, while that of the state is growing. The question is whether democracy will maintain its present form, or we are witnessing the disappearance of minorities, on the consensus with which the existing model of social relations largely rested," the Bulgarian sociologist noted.

Valery Fyodorov, Director General of the Russian Public Opinion Research Center (VTsIOM), spoke about the effect that the coronavirus epidemic has had on the situation in Russia. He mentioned the numerous illusions that had appeared and disappeared during the past year. Based on the results of sociological surveys conducted between February and December 2020, the share of people who saw a high probability of contracting coronavirus had increased. In January 2021, this figure began to decrease, however, and around 45 percent of respondents now believe that the number of infections will go down.

What is also important is that since the uptick in infections in March 2020, Russia has generally managed to solve the problem of drug shortages. The volunteer movement also proved very helpful in the fight against the pandemic. The public assessment of the state's response to the crisis was favorable too, with measures taken by the authorities during the entire period of the pandemic generally described as sufficient. Finally, 57 percent of those polled supported the idea of mass vaccination.

“All these facts can’t but inspire optimism,” Fyodorov noted.