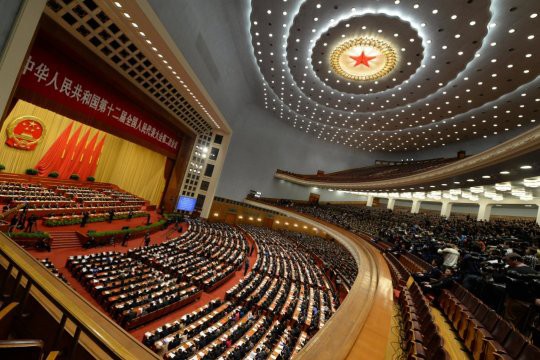 The 4th Session  of the 13th National People’s Congress, the highest organ of state power, and a session of the National Committee of the Chinese People’s Political Consultative Conference (CPPCC), an advisory body to the Chinese leadership, have come to a close in China. Traditionally, “the two sessions” take place every year, at the beginning of March, to discuss and approve plans for the country’s social and economic development.

This year the sessions have attracted special attention as China is the only country of the world’s top economies that is demonstrating positive economic growth, the Premier of the State Council of the People’s Republic of China Li Keqiang said as he addressed the session. [1] What causes interest is how China will continue to overcome the  consequences of the pandemic.

The statement that GDP growth in China is expected to be “over 6%” in 2021 has given rise to various comments worldwide. Foreign experts predicted a growth of 7%-8% or more. People’s Daily remarks: «The bottom level is set but the highest is yet to be established. This should make it possible to achieve higher performance and leave space for structural reforms. Considering this, a growth of “more than 6%” takes stock of  everything – the needs and the potential, the known advantages and the unknown risks».[2]

Hence the first conclusion: the priority goes to qualitative, rather than quantitative, growth. The second is that “the two sessions” have produced a far broader horizon of strategic planning, approving not only the 14th five-year plan (2021-2025), but also the Main Guidelines for the  Social and Economic Development till 2035, when modernization in  China is due to be completed.

The top priority for development is innovation and high technology as drivers of growth (the government report for the first time focused on this issue). The 14th five-year plan falls on the closing stage of “Strategy 2025”, which has been pursued since 2015  and envisages the  country’s technological sovereignty, including an increase to 70% of the share of localization in 10 key high-tech industries by 2025.

Equally important is boosting people’s living standards (tax and pension reforms), including maintaining high sustainability standards, which remains a problem nowadays. Last year the president put forward the ambitious goal of achieving carbon neutrality by  2060. This provides for reaching a peak of carbon emissions by 2030 and their subsequent decrease.

The “two sessions” agenda also focused on a draft decision to improve the elecgtroal system in Hong Kong. Hong Kong’s current electoral system will undergo radical reforms, which, according to the decisions, "will allow the patriots to run Siangan”. There are plans to upgrade the procedure of forming the electoral college in Hong Kong. This organ will still be authorized to vote for the head of the Hong Kong administration, but in addition, it will have a new function – the election of “a relatively large share” of members of the Legislative Council and monitoring the procedure of nominating candidates.[3] As a result, Beijing will obtain the loyalty of local legislators and administrators, who from now on will have to swear allegiance to China, if elected or appointed.

Foreseeing another round of accusations on the part of western countries over democracy and human rights in Hong Kong, the Chinese diplomacy has reserved “preemptive measures”: addressing the 46th session of the UN Human Rights Council in Geneva, Belarus spoke on behalf of 70 countries, emphasizing that Siangan is all but China’s domestic business not to be meddled with from the outside.

Chinese Foreign Minister Wang Yi presented a wider range of foreign policy issues as he addressed a news conference on the fringes of the “two sessions”: «We are categorically against hegemony, tyranny and harassment in global affairs, we put up fierce resistance to any attempts to interfere in the domestic affairs of China», adding that he counted on  «reasonable steps from Washington in favor of lifting ungrounded restrictions on China-US cooperation without creating new artificial hurdles». As a good example, the minister cited cooperation between China and Russia: «China and Russia are shoulder to shoulder cooperating in the struggle against coronavirus and political virus».[4]

Thus, in the course of the “two sessions” China, so confident in the advantages of its social, economic and political model, has demonstrated highly ambitious agenda, assertiveness and high-speed rate of its large-scale reforms.