Constellation of Stars: Cecil Beaton's Retrospective at the State Hermitage 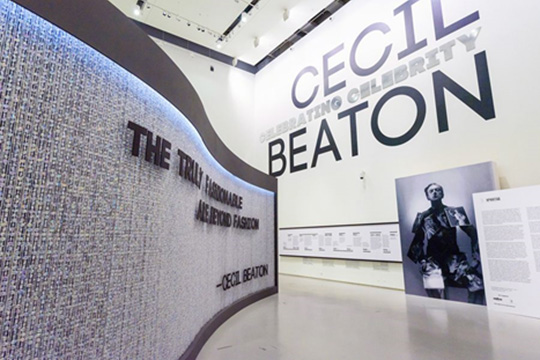 The exhibition 'Cecil Beaton: Celebrating Celebrity' opened in the General Staff Building of the State Hermitage Museum in collaboration with Cecil Beaton’s Studio Archive. The retrospective, held in Russia for the first time, presents Beaton’s vast creative legacy and allows the audience to see the transformation of the 20th century "star industry". While Beaton is not a household name in Russia, he remains a highly esteemed and important figure in the history of both British and international photography. The exhibition gives a chance to bridge this gap and includes 100 photographs from different periods of Beaton’s incredibly prolific career spanning almost half a century. It took a few years to develop the exhibition in collaboration with the Cecil Beaton Studio Archive. Other contributors to the exhibition include the Victoria and Albert Museums in London, the archives of 'Vogue' and 'Vanity Fair' magazines and private collectors. 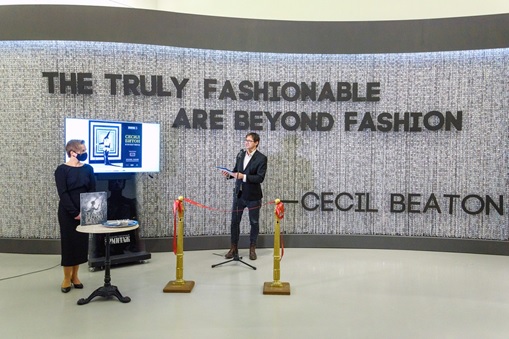 In early December, the State Hermitage celebrates the Orthodox Day of St. Catherine, the museum's patron saint, hosting festive events with numerous guests and opening a number of new exhibitions. This year, the museum decided to keep the tradition but to introduce changes that follow the restrictions in Saint Petersburg. Many of the special events went online and the opening of Cecil's Beaton show was no exception.

The curators conducted a virtual tour of the exhibition and Mikhail Piotrovsky, General Director of the State Hermitage, in his video address thanked everyone who made it possible to hold this exhibition. "The exhibition has reached the Hermitage very timely. The show is the result of interaction between the Hermitage and the Hermitage Foundation UK in this time when the borders are closed. People cannot travel across them, but exhibits can. The exhibition is a symbol of the ties between museums and countries and a splendid result of collaboration. This sort of exhibition is also art as a medicine – a tale of a beautiful life, that is not beautiful in itself, but when people make it beautiful, when a photographer transforms the stars in his own way… ", he said, opening the exhibition. Indeed, a lot of the most exquisite beauty is on the display, and the exhibition design by PS Culture bureau harmoniously accentuates it. 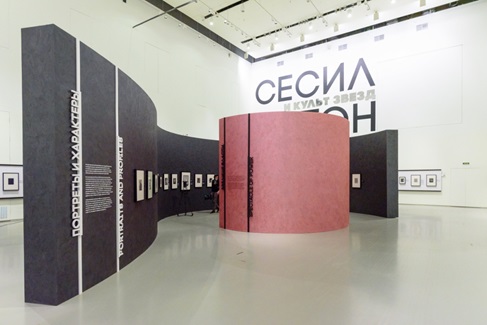 The show includes several sections and begins with the vintage prints from the 1920-1930s, when Beaton’s distinguished style of photography caught the attention of fashion magazines such as 'Vogue' and 'Vanity Fair'. At that time, Beaton spent time mainly shooting London bohemia, working in the genre of portraiture and fashion photography, developing his distinguished style. Although best known for his photography, he later became an illustrator, a set and costume designer: his deep understanding of the mechanisms of fashion and fame remains relevant to the present day. Through the biography of the photographer and designer, one can easily trace the development of the cult of stars and "celebrities" culture. A portrait of his sister Nancy as a shooting star is one of Beaton's iconic early works. 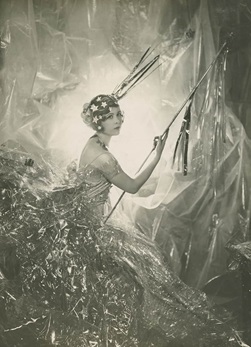 In addition to his gifts as a photographer and designer, Cecil Beaton also had a literary talent. One of his statements could be easily quoted as an epigraph to his own life: "Be daring, be different, be impractical, be anything that will assert integrity of purpose and imaginative vision against the play-it-safers, the creatures of the commonplace, the slaves of the ordinary", he wrote. In his young years Beaton was on friendly terms with Surrealists: another iconic image known as "The Model in the White Panama by ‘Suzy’" with the model's head sticking out of a hatbox is a tribute to that time and its aesthetic movement. 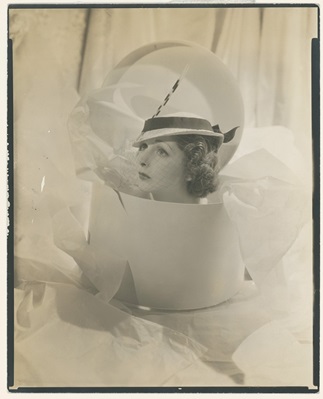 Cecil Beaton's most famous images are of great interest for a wider audience, but it was no less important to show the "kitchen" of mid-century fashion photography - a series of check prints with the author's marks, collages, and images with traces of retouching. Exhibition curator Daria Panayotti, says the photographer's legacy is carefully preserved: "We worked with Cecil Beaton's archive in London, where the pictures are still stored in the same catalogue order and in the same lockers in which the author kept them. It was important for us to show his most famous works, which made him one of the most distinguished photographers of the twentieth century, and those works that show how he worked on these images."

In 1970, he was put on the international list of the Hall of Fame's most stylish people and was recognized as a style icon. Two years later he was awarded the title of Sir. 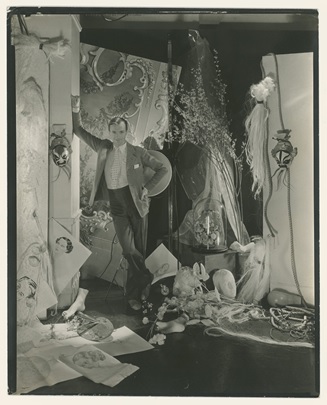 In the pre-war years Beaton becomes famous on both sides of the Atlantic, and his portrait gallery includes socialites, Hollywood stars, famous writers and designers, and later rock stars. Coco Chanel, Cristobal Balenciaga and Yves Saint Laurent, Grace Kelly and Joan Crawford, Pablo Picasso and Elizabeth Taylor, Mick Jagger and Marilyn Monroe were among his sitters and characters.

He was fascinated by those who had innate "star quality" - like Marlene Dietrich or Audrey Hepburn. It is with Audrey Hepburn that another pinnacle of his career is associated - he won two Oscars for Best Costume Design and Best Art Direction in My Fair Lady. 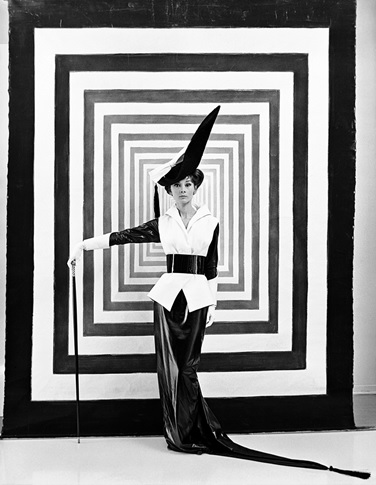 Audrey Hepburn on the set of My Fair Lady, 1963

Although the exhibition tells the story of many famous people of the 20th century, Mikhail Piotrovsky noted a deeply democratic nature of the exhibition: "This is the example of art that makes luxury accessible to everyone. And what the Hermitage itself actually does - high art becomes accessible to everyone. Both in the works of Cecil Beaton and in his wonderful commentaries."

His role as official photographer of the royal family of Great Britain is a special chapter in his career and life. Among the photographer's works - in 1942, the young Princess Elizabeth appeared in front of his lens, later - her sister Margaret. That Beaton took a picture of Queen Elizabeth II just a day before her coronation, and in 1953, Cecil became the author of her official coronation portraits already in the status of the Queen. The original legendary photo can be seen in the Hermitage. 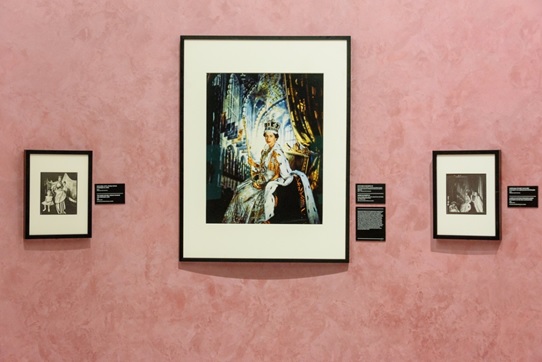 "The coronation portrait of Elizabeth II is at the heart of the exhibition - like all the others, she is, of course, a celebrity in the full sense of the word. To call Cecil Beaton the main culprit of this state of affairs would, of course, be an exaggeration. But he created a recognizable image of the British monarchy in the 20th century - so textbook that the Sex Pistols punks took Beaton's portrait on the cover of their single God Save the Queen," says exhibition curator Daria Panayotti.

Special attention in the exhibition the curators paid to Cecil Beaton's connections with Russian culture. In 1935 he even visited the Soviet Union - Moscow and St. Petersburg, where his works have now symbolically returned. One section is devoted to ballet photography and filming for the Russian Ballets. A fan of Diaghilev seasons and aristocracy, he photographed Felix Yusupov and the stars of Russian ballet companies, the heirs of the Diaghilev entreprise. "His heroes are people of Russian high society who found themselves in exile and brought their manner of elegance as a gift to Europe. This whole beauty , born not simply, but of intellect, destiny, skill. These are all lessons, especially useful today," Mikhail Piotrovsky added in his video statement. 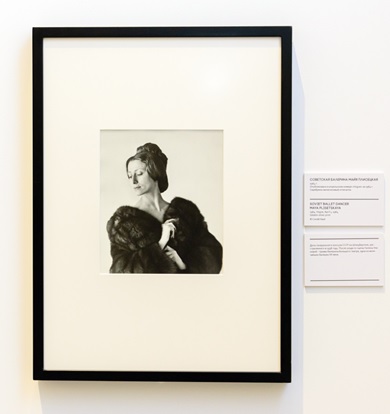 Hugo Vickers, the photographer's British biographer and one of the contributors to the exhibition catalogue, wrote that Nureyev "loved to lie on the floor in Cecil's house and look at his portraits. If he didn't like a picture, he would pierce it with a paper knife." In his scrapbooks Cecil Beaton pasted clippings from magazines and newspapers, photographs, drawings, cartoons, which seemed to him important, including a lot of cards of the Russian prima Anna Pavlova.

The display also pays tribute to his years as an official photographer for the British Ministry of Information. He travelled far and wide to capture the impact of the Second World War on day-to-day life, people and places in his own unique style. Even his war time pictures – many of them record the damage to London – are intensified through his eye for elegance.

The current photo exhibition is in line with the new traditions of the museum. The Hermitage has already shown such masters of world photography as Irvin Penn and Annie Leibovitz. An illustrated academic catalogue in Russian and English accompanies the exhibition.

Beaton’s work is cited as influential by modern-day artists and exhibitions of his work continue to run, attracting mass attendance. "Cecil Beaton and the Cult of Stars" is on view until March 14, 2021. After Saint Petersburg the exhibition will travel to Great Britain and Italy.