Coronavirus – a global challenge to science 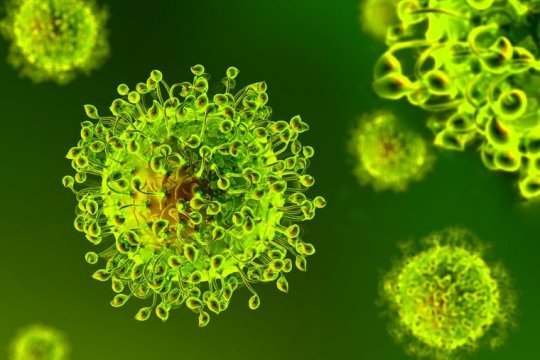 As coronavirus pandemic continues to spread worldwide, the number of those infected is estimated at 2 million. While doctors across the world are fighting for the lives of those afflicted and governments in many countries are imposing quarantine measures in the form of self-isolation, the global attention is focused on the international scientific community, which is closely examining the virus in an attempt to produce an anti-coronavirus vaccine. According to President of the Russian Academy of Sciences Alexader Sergeev, the entire world is fixated on science: for it is science that has the potential to drag the humanity out of this terrible crisis.

However, experts are cautious in their estimates and refrain from making any comments as to when the world will “get rid of” COVID-19. For now, there have been suggested two scenarios. Under the first one, the pandemic will come to an end 3-4 months after the introduction of severe quarantine measures worldwide. Doctor of Medical Sciences, infectious disease specialist Nikolai Malyshev points out that in Russia the epidemic will reach its peak in June-July and will quickly decline shortly afterwards. Doctor Malyshev says Russia followed an example set by China and introduced quarantine in good time, which was not the case in other countries, such as the USA and countries of Europe, whose reaction to the pandemic was “inappropriate”.

Under the second scenario, there will be a second wave of pandemic in autumn which will last until scientists develop an anti-coronavirus vaccine. Last week American journal Science published the results of research under which one-time quarantine may not be enough to eradicate or take under control COVID-19 pandemic. Researchers warn that the second wave may prove even more dangerous. They also predict that there will occur several outbreaks over the next few years which will persist until 2025. Professor Lipsitch of Harvard University wrties: «The forecasts that the pandemic will come to an end in summer 2020 run counter to what we know about the spread of infection: when there are people infected and people at risk. Unless there is a powerful collective immunity in the society, most people become susceptible to this infection».

As it happens, the entire hope rests with the global scientific community. President of the Russian Academy of Sciences Alexander Sergeev points out that Russia’s scientists and specialists who work in various state institutions are at the forefront of the battle against the infection. These include Federal Service for Supervision of Consumer Rights and Human Welfare, the Federal Medical and Biological Agency, the Health Ministry, the Ministry of Science and Higher Education. Employees of the Scientific Research Center “Vektor” in Novosibirsk, who have been working at full capacity since the outbreak of the epidemic in China, have developed unique testing systems. According to Professor Sergeev, the clinical tests of the anti-coronavirus vaccine on humans will get under way in May.

In his words, the Russian Academy of Sciences has been exerting every effort to fight the epidemic. «Firstly, we need to remember that the Academy has more than 2000 employees, who are based in different offices, while those who work in related institutes are directly involved in solving the problem, thereby popularizing their projects. Secondly, RAS academicians are members of a Health Ministry focus group on disseminating new data on coronavirus research. Thirdly, we deal with expertise-related issues: we analyze a large number of projects, more than 25 at the moment, which we evaluate and recommend for state subsidizing», – the scientist said.

According to Professor Sergeev, there is an acute need for psychological assistance as well. Wars, pandemic, economic crises often appear quuite unexpectedly and affect psychic condition: people feel anxiety and apathy because they do not know what will happen in a few weeks and when it will end. Given this, the Russian Academy of Sciences plans to set up a scientific research center of sociology and psychology of emergency situations and disasters. «In my opinion, it is important to involve not only biologists but humanitarians as well, since the psychological state our society has found itself in is not common and is fairly dangerous», – he pointed out.

In turn, Doctor of Medicine and chief consultant for the Russian Health Ministry on infectious diseases Yelena Malinnikova has said that the spread of infection is one of the major threats to global security whereas infection prevention and treatment remains a top issue on the agenda of the World Health Organization. The scientist says that 13 million out of 2 billion infectious diseases that are registered annually prove fatal.

«There has always been an underestimation of the danger of infectious diseases. Of course, the WHO has been running a number of programs to eradicate infection, such as tuberculosis, hepatitis, HIV and malaria. WHO experts have been making high-profile statements to the effect that by 2030 all these infections will be wiped out, but in my opinion, they sound non-scientific and ungrounded», – says Academician Victor Maleev, member of the Russian Academy of Sciences and advisor to the director for research of the Central Scientific Research Institute of Epidemiology. However, by now they have succeeded in rooting out only natural pox, while other kinds of pox have been as active as ever. Every year sees the appearance of new infections and the return of the old ones, such as Zika fever, which was last seen more than 60 years ago.

Many are currently wondering whether COVID-19 will persist within the population as a kind of flu, or whether it will disappear for good. If we draw a parallel with other coronaviruses, the SARS pneumonia, which is 70% identical to what we are dealing with now, vanished in the warm time of the year and then mutated to an extent when it could no longer affect humans. «The new and re-appearing viruses make a major issue for healthcare services. Since we cannot forecast such a scenario, we begin to act only after the virus has afflicted humans. We are not insured against new zoonotic viruses. We are fighting against COVID-19 and we will smash it but natural reservoirs and zoonotic sources will still be there», – said Sergei Alkhovsky, PhD in Biology, chief of biotechnology laboratory of the D.I.Ivanovsky Institute of Virology at the National Research Institute of Epidemiology and Microbiology named after N.F.Gamalei under the Russian Health Ministry. In his words, in order to be prepared for such scenarios we ought to act in advance: to study natural reservoirs and the processes that are taking place there. One of the first steps in this direction should be to identify all zoonotic viruses that bear pathogenic potential. In the 1970s the Soviet Union ran a program to this effect that focused on studying the ecology of viruses. Now it’s time to resume the studies, but using new technology.

More than 70 scientific teams worldwide are currently working to produce an anti-coronavirus vaccine. Tests are under way of a variety of recombinant vaccines: combined, DNA-vaccines, subunit vaccines, vaccines on the basis of virus-like particles. Three vaccines in China and the USA is being introduced for clinical trials on humans. But whatever the case, it takes one year and a half to produce the medicine. Russian Health Minister Mikhail Murashko has said the anti-cronavirus vaccine in Russia is being developed by seven scientific research centers. He pointed out, however, that there are no grounds to contend with 100% confidence that the doctors possess a remedy for coronavirus which can be used to treat or prevent the infection. But, as virologists say, it is not difficult to produce a vaccine against the virus.

Academician Alexander Gabibov of the Russian Academy of Sciences, director of the Institute of Bioorganic Chemistry named after Academicians M.M.Shemyakin and Y.A. Ovchinnikov, has pointed out that Russia is ready to produce an anti-coronavirus vaccine. «We have presented to the Russian Academy of Sciences a system of producing the Russian candidate vaccine. This project has been approved by the Health Ministry. We suggest using recombinant vaccines – which were produced with the help of genetic engineering. It could be described as a killer bullet against coronavirus», – А. Gabibov said. Sharing more information on the course of research is Academician Mikhail Kirpichnikov, member of the Russian Academy of Sciences, head of biology faculty of the Moscow State University named after M.V.Lomonosov. He presents arguments in favor of producing a polyvalent vaccine – a vaccine that contains more than one kind of antigen. «We have already developed the first prototypes with one antigen SARS-Cov-2. We keep on producing the material for this prototype and are developing other prototypes with other antigens», – he said.

For now, experts advise doctors to use medicines that have been used to treat SARS and MERS. More than 92 such candidates are available on the market. Associated member of the Russian Academy of Sciences Nikolai Nifantiev underscores that the vaccine in question which will take quite long to develop will have to meet the GMP International Standard: «For the near future we have only chemical drugs to protect us against the infection». No vaccines were produced after the previous two epidemics. According to the scientist, at present experts recommend the following anti-coronavirus agents: triazavirin (was tested in China), fortepren, favipiravir (has a good effect but extremely high-priced), digidrokvertsetin (according to reports from China, it is an effective anti-virus medicine). He also added that the most promising anti-COVID-19 medicine is the experimental EIDD-2801 developed by researchers of the University of Georgia (USA).