Coronavirus and a time to change stereotypes 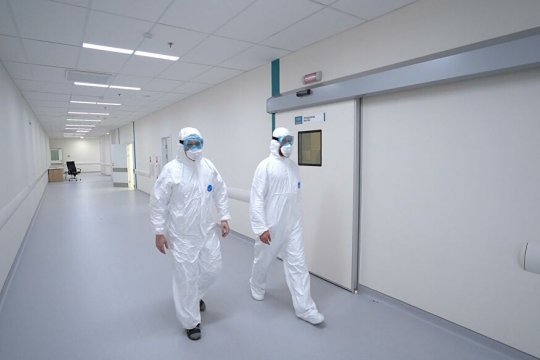 The COVID-19 pandemic is by far and without any doubt top news today, pushing all other events to the background. Small wonder too, since the outbreak of the coronavirus infection affects us all and is comparable only to a destructive war or a global natural disaster. In a situation like this only the most doubting of Toms still ignore the hard fact that the only way humanity can possibly cope with this scourge, which knows no borders, ideologies, races and ethnicities, is to act as a single team, setting aside all conflicts, contradictions, local wars, and the policy of global dominion and sanctions.

Analysts everywhere are wracking their brains trying to present a picture of the future world order and the changed balance of power in the post-coronavirus period, when the time will come to “gather stones” and heal the wounds inflicted by the pandemic on the global economy, social and political stability in the world. There are many forecasts being made about future models of global development, changes in value guidelines and possible changes in public consciousness. For example, [Russian economist] Mikhail Khazin insists that the Bretton Woods system is now on its way out, and predicts the early end of US dollar. Others forecast a global economic recession, galloping inflation and a sharp increase in unemployment and bankruptcies. Some analysts provide a more detailed scenario of events in Europe, Asia and even Africa.

This applies also to Latin America and the Caribbean region, albeit to a lesser extent. However, even though the situation there differs strikingly from what is happening in the United States, which now wants to bring back the Monroe Doctrine to maintain its sway over the region and squeeze out extra-regional players by resorting to the tried-and-true cowboy tactic of blackmail, threats and direct regime-change operations, it is getting increasingly alarming nonetheless.

Even though right-wing political forces  in Latin America have been staging a comeback, and the governments in South America are mostly toeing Washington’s line, the chaos that has swept the United States amid the spreading coronavirus epidemic (13,550 infected and more than 20,000 dead as of April 13, with shocking photos of dead bodies being buried in trenches on New York’s Hart island spreading across the globe, a national state of emergency now in effect, hundreds of infected sailors on board aircraft carriers, etc.) eloquently testifies to America’s real, not Hollywood-projected, ability to organize amid the COVID-19 outbreak. All this has a very sobering effect on the admirers of US neoliberalism in Latin America.

According to the Pan American Health Organization, as of April 12, the number of coronavirus infections in Central America was about 4,500, with over 48,000 cases registered in South America and almost 6,000 in the Caribbean. Many experts blame the authorities for failing to take timely disease prevention measures, and say that most of the victims in New York were Latin American citizens who had no medical insurance. Observers note that the virus affects big and small countries alike, laying bare serious gaps in their health care systems. According to the newspaper El Pais, in Mexico, where there are 4,661 recorded cases of COVID-19 infection there is an acute shortage of medical equipment. President Lopez Obrador has arranged for private clinics to make over 3,000 hospital beds available for those infected.

In Argentina, President Alberto Fernandez has extended the mandatory quarantine until April 26, arguing that he would rather see the national poverty rate exceeding 10 percent than have the number of death going up. He compared the situation in Argentina to that in neighboring Chile and Brazil, and concluded that Argentina is still coping with the coronavirus epidemic and where, according to the newspaper Clarin, the number of infections registered as of April 10 had reached 2,208, with 95 mortalities.   President Frenandez strongly condemned Washington’s pressure on Cuba and Venezuela, saying that in a situation of a pandemic, the US blockade of the island and the deployment of US forces along the border with Venezuela was a violation of international law. The São Paulo Forum, an umbrella movement of leftist parties of Latin America and the Caribbean, fully echoed this opinion.

Brazil deserves a special mention in this context. Ever since his election, President Jair Bolsonaro has aligned himself, politically, socially and even rhetorically, with his US counterpart Donald Trump, and this affinity was fully reflected in his initial response to the COVID-19 outbreak.

During the early stages of the epidemic, Jair Bolsonaro made light of the whole situation refusing to acknowledge the severity of the crisis and maintaining full air communication with the outside world. Even today, Brazilian airports do not check the temperature of arriving passengers. At the same time, the president is urging citizens to return to their workplaces, arguing that a “small cold” should not interfere with the citizens' everyday lives. This approach has proved all wrong, as by April 13, more than 22,000 people had already contracted the virus, while mass-scale tests are only scheduled to begin later this week.

Meanwhile, President Bolsonaro and his government are losing public support, and this is a serious threat. According to recent polls, a vast majority of Brazilians (about 72%) are aware of the dangers of a new coronavirus and will not be fooled by the president’s frivolous approach to the problem. As a result, even among Bolsonaro’s voting base (currently about 30%), critical voices are becoming increasingly loud.

Thoughtless adherence to the “American way of life” by Brazil’s ruling elite, especially in light of the ongoing fight against coronavirus, may blemish the president’s reputation among the people, and raise questions about the United States as an example to follow.

The situation in Ecuador is equally lackluster with the number of people infected among medical staff reportedly increasing, and the authorities unable to cope with the death toll. More than 7,400 cases of infection have been confirmed, and 333 people have already died. Moreover, President Lenin Moreno said that the number of coronavirus infections is actually greater than what is maintained by official statistics. This is due to the authorities’ inability to conduct more tests.

Meanwhile, Lenin Moreno and his cabinet members have taken 50 percent pay cuts as part of economic measures to combat the epidemic.

The list of such examples goes on and on. One thing is important though - the countries of the continent cannot cope alone. They need organized help, but requests to this effect addressed to the United States have not yielded any positive response yet. It is certainly worth mentioning here that following Russia’s gratuitous assistance to Italy, the Latin American and Caribbean countries started turning to Moscow. Fourteen South American nations have already asked Russia to send them medical equipment, including ventilators and protective outfits, test kits for diagnosing COVID-19, and medical face masks. There have also been appeals for assistance in the construction and equipment of specialized hospitals, and so on and so forth. The applicants are Brazil, Argentina, Colombia, Peru, Ecuador, Venezuela, Cuba, Nicaragua, El Salvador, Panama, Costa Rica, Grenada, the Dominican Republic and Bolivia.

Russia maintains friendly and mutually-rewarding relations with 33 countries in Latin America, regardless of the changing political situation there. This is why these countries’ leaders turned to Moscow for help, perfectly aware of the big-hearted nature of their Russian partners who are always ready to help out in times of trouble.

When this pandemic is finally over, people will see who really is a friend in deed who knows how to lend a hand in difficult times, and, despite some sticky points in bilateral relations, always provides genuine, not imaginary, assistance.

So, it looks like the time for changing old stereotypes won’t take long coming, and this is something that people who love making forecasts need to understand.