COVID-19 at low ebb in China – is the “world factory” opening up? 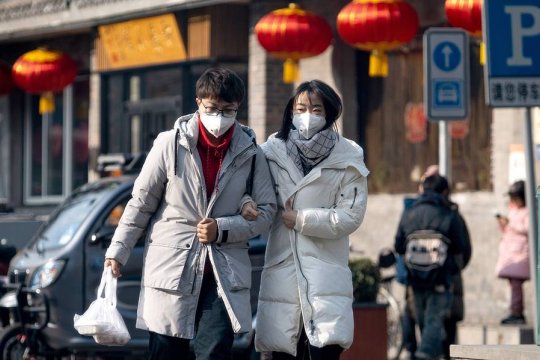 The coronavirus epidemic in China is showing clear signs of a decline and amid an easing of the government-enacted strict quarantine measures and travel restrictions announced late last month, the country’s economy is starting to look up. According to China’s Ministry of Industry and Information Technology, in parts of the country outside Hubei, the province where the virus was first identified, large industrial enterprises are now working at 95 percent and more of their capacity, the figure among medium and small enterprises has reached 60 percent, and about 80 percent of company employees have already returned to their workplaces. [1]

Vice Minister of Industry and Information Technology Xin Guobin still said that the epidemiological situation elsewhere in the world was making the prospect of resumed industrial production in China questionable. Indeed, according to a Reuters report, in the first two months of this year, industrial production in China dropped by 13.5 percent compared with the same period of last year - the worst such figure in the past 30 years, with investments in fixed assets down 24.5 percent, retail sales dropping 20.5 percent and the number of unemployed registered in February spiking to 6.2 percent, compared to 5.2 percent in December 2019. [2]

This relatively bleak picture could seriously undermine the prospects for reopening the “world factory,” as China is often called. Explanations for this can be found both in China itself and beyond. First of all, these are the unprecedented restrictive and quarantine measures verging on complete closure, thanks to which the coronavirus epidemic began to decline in the first place (something no other country in the world can so far boast of). According to some Russian experts, the current statistics suggest that the decline in China's GDP growth will not be just one percent, as the Chinese authorities say, but could actually reach two percent this year.

But even so, we should bear in mind the fact that at the end of last year, China owed almost 53 percent of its GDP growth to domestic consumption and the service sector (precisely the economic sectors hardest hit by the COVID-19 epidemic).

Secondly, these are external factors, which China will hardly be able to change. The impact of the coronavirus epidemic (now a pandemic) on the  global economy has been very serious and includes, among other things, a drop in demand for products and services of various industries, including those, which depend on freedom of movement and personal contacts: the transport industry, the tourism business, trade in nonessential goods and services; the destruction of international and domestic economic relations, as well as increased business risks and, as a consequence, reduced access to financial and credit resources.

Experts believe that it may take months before the situation in the economy returns to normal. The quick spread of infection around the world, especially in Europe, may reduce consumer demand for Chinese-made goods; so much will depend on the dynamics of Chinese exports to the EU and the United States. As for global trade, it could remain under this pressure for another three to four months.

When it comes to Russian-Chinese relations, the changing situation in the global economy and trade is affecting them in two ways. On the one hand, the specter of a new world recession is looming over them too. On the other, the opening of the “Chinese factory” for Russian enterprises is good news, since they (namely those built into international production chains) are largely dependent on Chinese components. At the end of the day, those of them, which did not break off production chains with China during the ongoing crisis, but instead chose to just wait it out, can end up the winners.

In 2019, China accounted for nearly 17 percent of Russia's foreign trade figure, and the difficult economic situation in China is certainly creating serious problems for Moscow. This primarily pertains to energy supplies, which have already dropped by almost a third. However, Russia has a common border and a well-structured network of pipeline communication with China. When the current economic downturn is over, Russia could increase its presence in China and the EU [3], including against the backcloth of its present disagreements with Saudi Arabia over oil prices.

Meanwhile, with Bloomberg analysts calling China the winner in the "oil war," Beijing will have a chance to boost the yuan’s exchange rate and be able to pay for imported oil in its national currency.

However, this does not solve the problem of the present economic slowdown in China, which is heavily dependent on the state of the global economy, since “Made in China” goods play such a prominent role in international trade.

[1] “China on the problems of resuming domestic production,” https://iz.ru/986417/2020-03-13/v-kitae-rasskazali-o-slozhnostiakh-vozobnovleniia-proizvodstva-v-strane

[3] “China’s crude imports will rebound: oil will flow from under the Saudis’ feet,” https://regnum.ru/news/economy/2888181.html