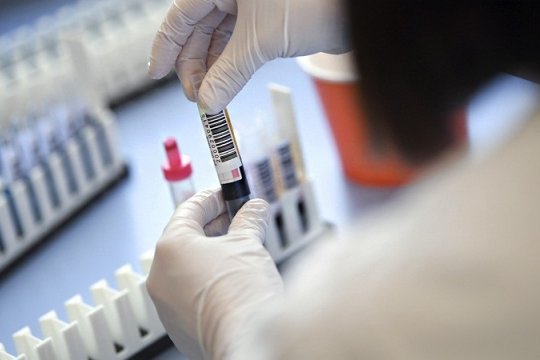 The Russian News Agency TASS has hosted an online conference of the Bioethics Committee of the Commission of the Russian Federation for UNESCO, which focused on the psychological and ethical aspects of the coronavirus pandemic.

Member of the Russian Academy of Sciences Alexander Chuchalin, Chairman of the Bioethics Committee of the Commission of the Russian Federation for UNESCO, a top Russian medical expert in respiratory disorders and President of the Russian Respiratory Society, has pointed out that finding an effective solution to the ethical issues of the century remains high on the agenda. «The humanity is paying for demonstrating a carefree approach. The first outbreak of coronavirus epidemic occurred in South East Asia in 2002, the next one took place in Saudi Arabia in 2012. Back then, neither of the epidemics affected Russia. Now, we ought to take a new look at what is happening», - the scientist said.

According to Academician Chuchalin, people in Russia and other countries will face the bulk of the problems in the post-quarantine period. «In this period human psyche will become particularly vulnerable. We ought to understand which direction the cultural environment of the disease-surviving community will follow. We must preclude a rerun of the situation which emerged before the collapse of the Soviet Union when a multitude of parapsychologists and psychic mediums were winning over the public on the wave of a versatile situation in the country», - he said.

The scientist said that in Russia, like in many other countries, the sad statistics of deaths from COVID-19 include not only ordinary patients but healthcare workers as well. «Among those who died are more than  70 doctors», - the expert said.

At present, Alexander Chuchalin said, the Russian Academy of Sciences, acting on orders from the Russian government, is working to set up a research center for psychology and sociology of emergency situations. The center’s employees are expected to deal with a whole range of issues related to problems the society is faced with after an emergency and will organize rehabilitation of patients who survived the coronavirus infection. «We must understand that people who survived intensive care and artificial lung ventilation make up a special group of patients whose psychological rehabilitation will take months, if not years. But they must get this assistance, or they will feel tormented for he rest of their lives», - the lung specialist said.

President of the Russian Psychological Society Yuri Zinchenko says that in the conditions of a pandemic there has emerged an acute need for psychologists, who would help people overcome stress and cope with the unpleasant consequences caused by the disruption of their well-established lifestyles. «What is posing a threat is an increase in aggression and domestic violence», - the expert pointed out.

According to Zinchenko, expert communities in countries across the globe have been stepping up contacts to share information on what could be done to render psychological assistance to those in need of it. One of the major points for concern, the expert says, is the  «unwelcome increase in the digitalization of human life». «Unlike in the pre-COVID-19 years,, when digital technologies were welcomed by most people, now, as a result of force majeure circumstances, we are witnessing the reverse side of this process. As a result, anxiety among panic-prone individuals grows», - the scientist said.

In the words of Zinchenko, the Russian Psychological Society has devised a number of recommendations for different groups to get out of the crisis. «We are currently working to produce a communication format in the conditions of a pandemic. The assistance needed can be rendered online», - he said.

Healthcare workers make up the most vulnerable section of the society. «Physical and professional workload should alternate with psychological counselling. COVID-19 is highly contagious. A patient’s death causes a lot of distress to doctors, particularly those working in converted clinics. It vital for medical specialists not to «burn out» emotionally, because they are able to assist a patient only if they are emotionally stable», - the psychologist said.

Another challenge is the problem of socialization of children and teenagers in a situation when traditional learning format is practically inaccessible. «The force majeure circumstances have pushed schools and universities into adopting an online format. However, despite efforts to promote online learning well before the pandemic, it has become clear that there are not enough resources to completely replace the traditional learning format», - the expert said. According to Zinchenko, the pandemic has boosted social responsibility and social awareness, which is a good sign. «It is important not to lose confidence and  rediscover the internal resources for adjusting to the situation», - he added.

According to Director of the Institute of Psychology of the Russian Academy of Sciences Dmitry Ushakov, fairly often, having survived a pandemic, the humanity becomes stronger. «For example, after the plague (“black death”) epidemic in Europe people lived longer and innovations came through faster. After the «Spanish» flu of 1918-1920, which affected, among other countries, the USA, where it killed a large number of people, the United States demonstrated big economic growth. For us, a pandemic marks a «moment of truth», which enables us to evaluate how the healthcare system and psychology as a science respond to this challenge», - he added.

Director of the Institute of Psychological Research Vladimir Mendelevich reports that the coronavirus pandemic has not caused a deterioration of condition in patients with psychic disorders. «Most of all experts feared a combination of two factors – the coronavirus pandemic and a rise in the number of neurotic patients. At the moment, this is not the case. On the contrary, most people signal boredom rather than anxiety during the quarantine», - he said.

According to Mendelevich, what causes alarm is that public trust in official reports on the pandemic is at a fairly low level. In this situation there has emerged a need for conspiratorial theories: some people come to believe that the officials conceal the truth and that the pandemic does not exist (it is the product of deceit on the part of doctors or politicians), or that the scope of the pandemic is highly exaggerated. Given the circumstances, it is essential to exert maximum effort to maintain the scientific view of the issue and fight against false reports or fake news about coronavirus in the media.

In turn, the head of the social and economic psychology laboratory of the Institute of Psychology of the Russian Academy of Sciences Timofei Nestik explains that the pandemic is making a two-way impact on society, bringing it together and tearing it apart.  «We expect a long-term effect of the COVID-19 consequences. We are already witnessing greater anxiety and less critical thinking ability. As the country has entered the peak of coronavirus epidemic amid  public distrust in social institutes and stronger social pessimism, the bulk of the resentment falls on the government and mass media. For this reason, it is essential to present an economic “reset” plan and provide people with all the information they need to plan their lives, not only for the next few months but possibly, for the next few years», - the expert said.