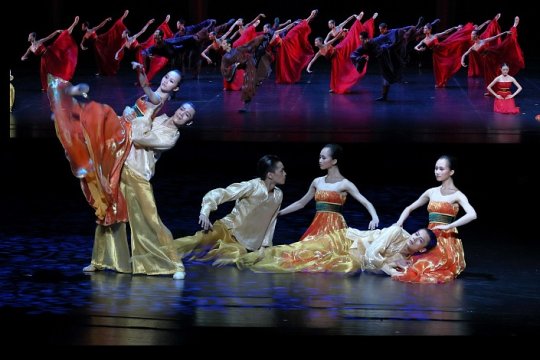 The14th Chekhov International Theatre Festival, the largest theatre event of a kind in Russia, is in full swing. Better known to a broader audience in the country and beyond under the name of the Chekhovsky Festival, it has long become an integral part of the international cultural dialogue: every other summer since 1992 various Moscow venues host crème de la crème of the world theatre across genres and formats. Running through the summer until the end of July, this year festival’s programme includes 22 stage productions of different genres from 15 countries, including Argentina, Belarus, Great Britain, Germany, Spain, Italy, China, Russia, Taiwan, France, South Africa and Japan. The programme consists of two main parts: productions of the festival’s foreign participants are traditionally shown in the World Series, while the Moscow Programme features recent productions staged by directors and choreographers from Moscow theatres. 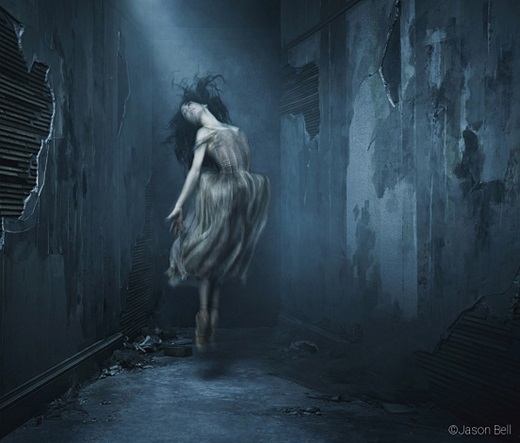 There are more Chinese productions in the festival’s main programme than others. The year 2019 marks the 70th anniversary of the establishment of the China-Russia diplomatic relations, and the decision was to celebrate this date by a notable large-scale cultural event:

Chinese theatre is the Honorary Guest of the festival. 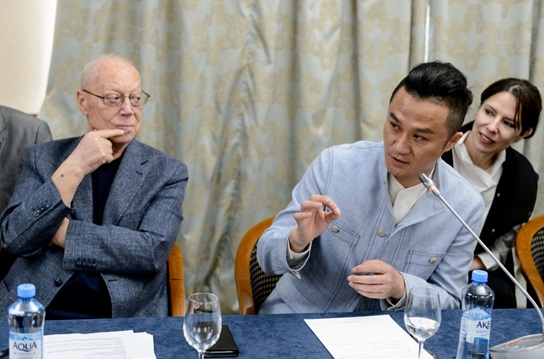 The festival opened with “The Peony Pavilion”, perhaps the most famous Kunqu opera in China with Zhang Jun starring, set in the beautiful surroundings of the Moscow State University Botanical Garden (Aptekarskiy Ogorod). It was a smart decision to present Kunqu, a traditional Chinese opera which reflects a harmonious union between man and nature, in an unconventional space: the ancient love story matched the metrical structure of the garden and made the show more appealing to the new audience. It’s worth mentioning that Moscow became the fourth stop of “The Peony Pavilion” world tour following performances in Château de Saint-Cloud in Paris, the Saxony State Museum in Dresden and the Metropolitan Museum of Art in New York. 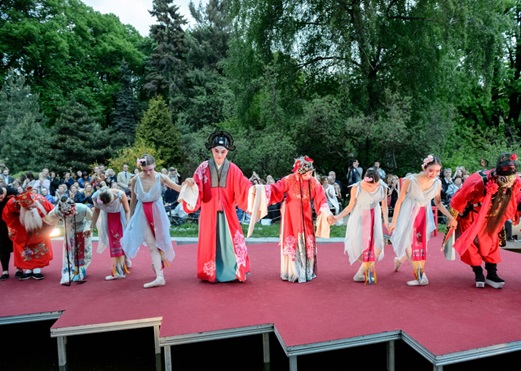 It is impossible not to mention other Chinese notable dance productions of the World Series. Jackie Chan’s legendary Lon Yun Kung Fu Troupe from Beijing brought to Russia the famous show “11 Warriors” that blends kung fu with traditional Chinese ballet and modern dance. One-act ballets 4&8 staged by the leading avant-garde choreographer Tao Ye (Tao Dance Theater) who developed “Circular Movement System” in combination with his own style of dance and Shanghai ballet that brought to Moscow “Echoes of Eternity”, an eighth-century Chinese romantic legend told by the famous European choreographer Patrick de Bana through the medium of contemporary dance. With amazing dancers of Shanghai ballet on stage de Bana managed to transform a classical literary piece into a virtuoso dance performance. 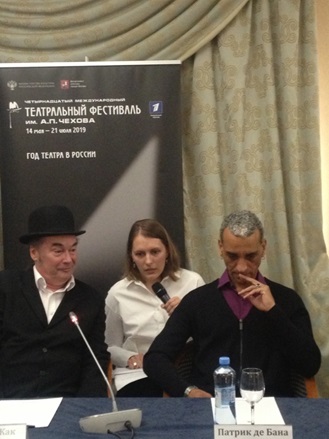 Patrick de Bana at the press-conference of the Chekhov Festival

Speaking at the opening in May, Valery Shadrin, the General Director of the festival, emphasized that the global trend in the world theatre is getting more and more obvious: genres are merging and a distinction between a drama theatre and a musical one gives the way to a synthesis of forms: “… we are gradually moving toward a musical theatre - first of all, because music is a universal language which is accessible to the public, and, second, because drama theatre exists only in a few European countries, even in the post-Soviet space we can hardly speak about a drama theatre … So, we believe it would be inappropriate to prioritize drama in our choice just for the sake of bringing it to the festival. We fully understand that it’s important to balance genres… but we show what we want from what is available. And the world is drifting toward a musical theatre and there is nothing we can do about it”, Valery Shadrin said.This year’s festival programme fully reflects the above tendencies – much attention has been paid to the productions that show the merger of genres.

Another special event is the return to Moscow of “Donka. A Letter to Chekhov”, in a new version. This show, a co-production of the Chekhov Festival and the Swiss Director Daniele Finzi Pasca was staged for the 150th anniversary of Chekhov. In the past decade this elegantly decadent performance successfully toured all over the world.

“The Bear” staged by Vladimir Pankov after Anton Chekhov’s same-name play-joke became a loud premier of the festival. A joint project of the Chekhov Festival and the Drama Art and Direction Center has been created by an international team from Russia, Uzbekistan and Belarus. The cast unites two drama artists (Alexander Feklistov and Elena Yakovleva) and two opera singers (Nadezhda Meer and Peter Markin) in the performance that was rehearsed when the festival was already in progress. It was shown to the public on June 25 with much success. 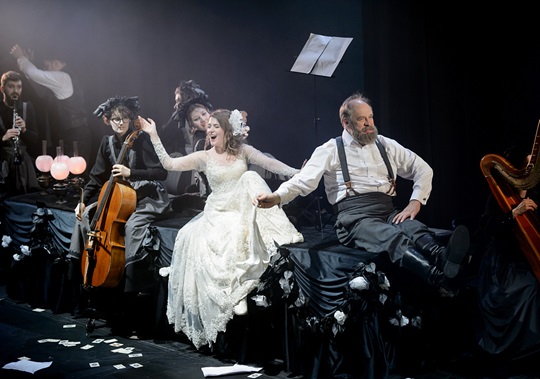 “The Bear” directed by Vladimir Pankov is one of the festival's premiers.

“The Tiger Lillies Perform Hamlet” is another hit of this year’s festival. The British band Tiger Lillies is well-known among Russian music lovers, but even long-time fans of the Punk Cabaret band that has been around for three decades did not expect them to become interpreters of Shakespeare. Neither did theatre-goers suspect that someone could sing a high tragedy. 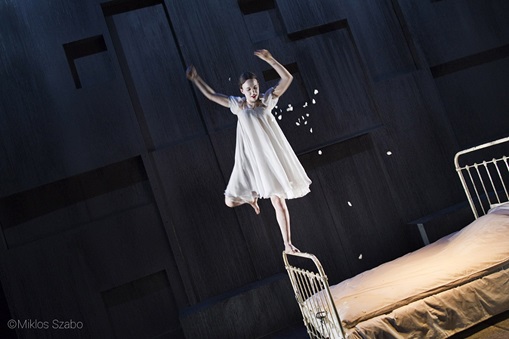 It would be easier to say what the production has not mixed and mingled - a classical drama and a musical, acrobatics and pantomime. The audience observes Hamlet crossing the hall to jump on the stage, Ophelia is dangling on a rope while she is being drawn into a rough sea projected on the backdrop to the composition “Drowning, Drowning” played by a trio, and the role of the father is assigned simply to a Voice. The performance is as ironic and dramatic as the falsetto of Martyn Jacque, the frontman of the Tiger Lillies bandand the author of all 20 songs and texts in which he, together with the actors of Republique theatre (Copenhagen, Denmark), condensed Shakespeare’s tragedy. Speaking of the creative aspect of the production Martyn Jacque stressed many times that the performance is more likely to be called “a concert with mise-en-scèneswhen actors recite approximately 10% of Hamlet”. 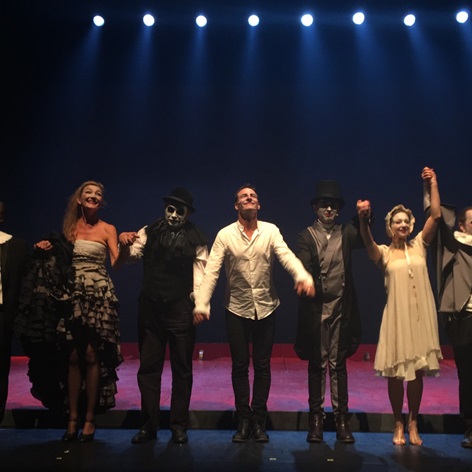 The Tiger Lillies and actors of “Republique” theatre

A modest, if not austere, set design magnificently devoid of extra items allows a small ensemble of five actors with Morten Christensen as Hamlet paint the world’s most famous tragedy even darker reaching the energetic climax in the second half of the play. As it is typical of a modern integral theatre the roles are interchangeable and the border line between the real and unreal is constantly blurred. The performance played as a Punk Cabaret show was shown in many countries – from Mexico to Australia and warmly received by any audience. The everlasting themes of love, life and death, revenge and betrayal seem to cross borders. Since the 1990s The Tiger Lillies band which remains one of the most original and genre-defying music groups, has had a lot of fans in Russia and after one of the performances the musicians had an improvised meeting and sign session right at the doorsteps of the Mossovet Theatre. 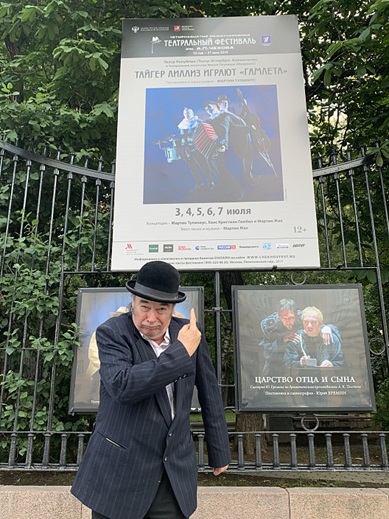 The songwriter and composer Martyn Jacques in Moscow

In the next two weeks the Moscow public will see a number of impressive ballet productions, including prominent European masters William Forsythe (“A Quiet Evening of Dance”) brought by Sadler's Wells, London, and Akram Khan’s “Giselle” of the English National Ballet.

The two and a half months’ theatre marathon will close no less triumphantly than it started - with “The Seven Streams of the River Ota”(“Ex Machina” production company, Quebec), the 7-hour dramatic journey in time and space staged by Robert Lepage, one of the most highly acclaimed theatre “magicians” of our days and a great friend of the festival. So it happened that the Chekhov Festival first brought his performance “The Far Side of the Moon” in 2007, introducing the Canadian genius to the Moscow public. First staged in 1994, “The Seven Streams of the River Ota”, considered Robert Lepage's directorial masterpiece,contemplates on how the tragedies of Hiroshima and the Holocaust have changed the course of the human history. A reworked performance to be presented in Moscow will differ from the early version and has all chances to become a crowd-puller.

2019 is the Theatre Year in Russia and will be marked by other inspiring theatre events that continue to develop creative ties between Russian and foreign artists. In July St. Petersburg hosts the Theatre Olympics and several productions included in the World Series will travel to the northern capital. Later in the year some of the productions will be performed in Voronezh, Yekaterinburg and Yaroslavl within the framework of the Regional programme of the festival.