Escalation of conflict between two Koreas: why now and what could it lead to? 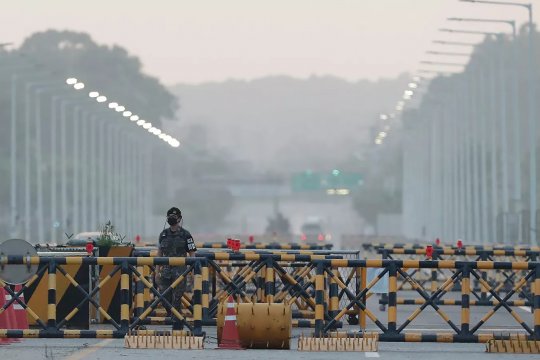 Observers worldwide signal a rapid deterioration of relations between two Koreas which began on June 9th, after North Korea’s authorities discontinued contacts with South Korea over the anti-Pyongyang leaflets circulated by North Korean defectors. While Seoul has announced readiness to take measures, the other party chose to ignore the announcement.

Pyongyang has blocked all communication lines with Seoul (except those between special services). North Korea has also blown up the building of the inter-Korean communication office in Kaesong, which was opened in 2018 for promoting cooperation between North Korea and South Korea. This is a precedent which sets one thinking: why is all this happening now and what could it result in?

Throughout the past few decades Pyongyang has repeatedly resorted to the “slam the door” tactic according to which it first broke contracts and then resumed them. There was a time when the participants in inter-Korean talks threw cookies at one another during a coffee break in a manifestation of mutual resentment. But no one blew up buildings.

Significantly, the measures in question have been reported by Kim Jong-un’s younger sister Kim Yo-jong, who described South Korea as a «foe». Deputy head of the propaganda department of the Central Committee of the Korean Labor Party, this pretty-looking lady with good manners were originally appointed to represent the North Korean regime with a “human face”. Now, she is playing the part of a “bad cop”.

So, why is it all happening now? The year 2020 began with radical changes about American-North Korean denuclearization talks, which ran into a deadlock. North Korea repeatedly voiced discontent over the US not lifting sanctions against Pyongyang and not calling off military exercises with South Korea despite the fact that North Korea has stopped nuclear tests, frozen intercontinental ballistic missile launches and closed nuclear testing sites. In response, Pyongyang chose to raise negotiation stakes by saying ‘no’ to talks on the lifting of some UN-imposed sanctions in exchange for major nuclear facilities of North Korea.

Apparently, North Korea considers it possible to repeat the same tactic in its relations with the South, which have been stalled, largely over the coronavirus pandemic.  Despite Pyongyang’s expectations, North-South relations cannot enter the specific cooperation phase, first of all, over the  position of Washington, which has been doing everything to thwart it.

When a chess game enters a deadlock, the angry party, like in the Ilf and Petrov classic, is tempted to overturn the chessboard, or worse, to crush it on the head of the other party. This is the logic that the North Korean party could be driven by at the moment; such a behavior seems quite sensible, because it has yielded good results many times before. The question is why torpedo the inter-Korean dialogue now, under President Moon Jae-in, who is widely known for his commitment to the  North-South dialogue and has done a lot to promote it (and must have been getting ready to do more, thereby earning a credit for himself in history before he steps down from the post of president in 2022)?

It is not a secret that this dialogue has limits which are imposed by American-South Korean alliance. Since the North has always been against them, the current escalation could well be part of an attempt to “blow up” the existing system (or, at least, rock it out of balance). But this kind of move is hardly sensible and hardly feasible.

What will the current escalation which the North has been demonstrating so openly (“seven people hold me, or I break loose and crush everything”), lead to?  What sounds alarm is Pyongyang’s intention to deploy troops in areas which have been deemed as demilitarized since 1953, when North and South Koreas signed an armistice agreement. After that the two sides saw a number of intermittent setbacks but they never touched the border zone in the 38th parallel. Seoul and Pyongyang never attempted to reconsider the zone’s demilitarized status.  A violation of this “taboo” is fraught with danger – it could cause unintended military incidents on the demarcation line, particularly considering the fact that the 38th parallel has the world’s biggest concentration of military power and weapons.

Finally, what are external players to do? The UN secretary-general has urged the United States and South Korea to take joint efforts to normalize inter-Korean relations. After that the State Department issued a corresponding statement which ran into a rebuke on the part of North Korea. The day before the Trump administration extended sanctions against North Korea for another year, and the circle has been closed.

The Chinese Foreign Ministry and Russian State Duma coordinator for cooperation with North Korea Kazbek Taisaev have expressed hope that peace will be preserved. [1] But this is not enough. Russian and Chinese diplomats have been acting in line with a consolidated position of China and Russia on the situation around the Korean Peninsula, which was enshrined in the Joint Statement of the two countries’ foreign ministers of July 4, 2017. Action for action, a step-by-step lifting of sanctions depending on progress at the talks is what Russia and China propose for a settlement. This principle, however, proceeds from the fact that North Korea is interested in such progress, not vice versa. For this reason, our countries’ foreign ministries may have to streamline their strategy with a view to make it easier to implement and boost its effectiveness.