Inevitability of changes in the context of polycentrism: the role of UN and SCO in the modern world 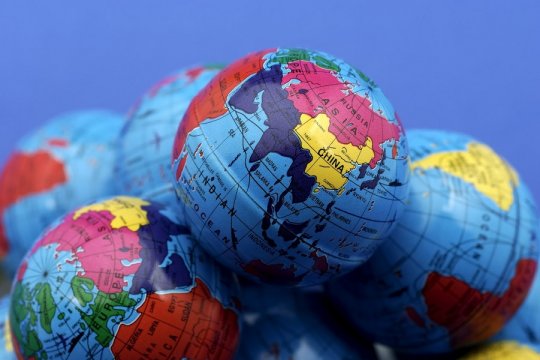 The world is changing. Right before our eyes, there is a complete reformatting of the world community taking place. On the one hand, amid the current coronavirus pandemic, the importance and responsibility of the state for ensuring national security and public health is increasing, while on the other, there have been growing calls for reforming international institutions in general. The outgoing year 2020, a diamond jubilee for the United Nations, saw Russia taking the rotating chair of the Shanghai Cooperation Organization (SCO). Even though the SCO, as a regional structure, lacks the global reach of the United Nations Organization, the two have many things in common and fit perfectly into the system of a multipolar world.

During an online conference dedicated to the role played by non-specialized international organizations in the 21st century, held at the Rossiya Segodnya news agency’s press center, experts discussed the specifics of the geopolitical structure of the modern world, its impact on the activities of transnational structures and the potential of the SCO. They also presented the book “The Inevitability of Changes in the Context of Polycentrism: The Illusion of Bipolarity and the Reform of Non-Specialized International Organizations (UN and SCO).”

In the course of the COVID-19 pandemic, especially against the background of aging global institutions of international relations, the Shanghai Cooperation Organization has proved itself as a structure that is more flexible and responsive to systemic and structural changes. Therefore, more and more people worldwide are now talking about the SCO’s potential as an efficient platform for cooperation and dialogue, able to play a significant role in world affairs. One of the book’s authors, rector of the Financial Academy under the Russian government, Mikhail Eskindarov, believes that although the SCO is a fairly young organization, it can well become an example to follow.

“The SCO demonstrates unity and has increasingly been emphasizing the issue of equality, while what we see happening in the UN are only disagreements. Therefore, I believe that amid the ongoing crisis greater reliance on actions taken by the Shanghai Cooperation Organization would be entirely justified,” Eskindarov noted.

With the SCO accounting for almost 60 percent of the territory of the entire Eurasian continent and about 45 percent of the global population, its decisions impact not only the Eurasian space, but the world as a whole.

“At this point in time, other countries could certainly benefit from the experience already accumulated by this organization of cooperation. In my opinion, the SCO could eventually replace some international institutions, the UN and others, for example, the WTO,” Eskindarov suggested.

He added that the Moscow Declaration, adopted by the Council of the Heads of the SCO Member States will contribute to their closer economic cooperation, primarily in industry, digitalization, energy, transport and logistics.

The book’s co-author, Victoria Perskaya, Director of the Institute for the Study of International Economic Relations of the Financial University under the Russian government, noted that, unlike the UN, which has been facing growing demands for reform, the SCO does not need reforms as it is constantly changing with the times.

“The Shanghai Cooperation Organization is transforming independently. In other words, the potential for development is inherent in the SCO,” Perskaya explained. She added that the fact that 16 states have applied to join the SCO this year means that there is more to its concept than just promotion of integration partnership – it also supposes interaction between states, and also demonstrates the organization’s greater viability in the changing world.

According to Victoria Perskaya, the SCO’s attractiveness is that it ensures equal-footed unification, as the voice of each country is heard and, most importantly, decisions are taken on a consensual basis.

“Even the countries of the Persian Gulf are now considering various degrees of membership in the SCO, because it provides a platform for negotiations, for developing interaction and for finding common points of contact needed to avoid conflict situations. The SCO is a platform for everyone, a platform where there are no alliances, no vote-buying and no lobbying interest groups, so commonplace in UN practice. The SCO can share its small practices with many international organizations, including the United Nations,” she emphasized.

Another forte of the Shanghai Cooperation Organization that Victoria Perskaya mentioned is that it includes countries vastly different in terms of their socio-political systems.

“The SCO does not set itself the task of changing the system of governance or putting their societies on the path to democracy. The organization takes them for granted, in contrast to the UN, which stared imposing democratic values as early as in 1948. Today, Russian President Vladimir Putin and Chinese President Xi Jinping are accused of being authoritarian leaders, who are not in line with the West's idea of liberal values. The SCO, on the contrary, perceives each society and its leadership as it is, because it is the choice of the people and the model of social life they have chosen,” Perskaya explained.

The Shanghai Cooperation Organization does not imply that someone will concede. What it implies is consensus, which is the optimal agreement by all partners. The organization rejects the model where someone is the leader and the rest lag behind. That is why in a situation where the United States plays the dominant role, dictates its own terms and, for example, can deny some countries’ representatives access to its territory, the UN does not work.

The book by Mikhail Eskindarov and Victoria Perskaya will be of interest both to people specializing in international relations and economic interaction in Eurasia, as well as to everyone willing to know more about the ins and outs of the geopolitical structure of the modern world.