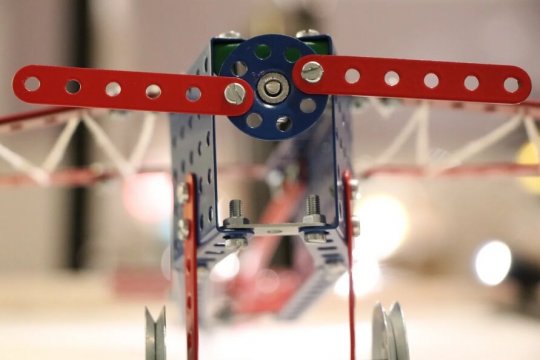 The timing of “Mini Wonders: Czech Toys Past and Present”, a touring exhibition hosted by the All-Russian Decorative Art Museum in partnership with the Czech Centre in Moscow, was darkly fortuitous. It opened in the end of 2018 to coincide with the holiday season, when traditionally more visitors including families with children, try snacking on the museums during a long vacation period over the New Year. Every year the museum offers colourful shows spotlighting antique and modern New Year tree decorations and toy design. This year was no exception adding “Mini Wonders” to the museum programme which already included two other toy-related shows. “When the museum was approached by the Czech Centre with the suggestion to host this wonderful exhibition, we were ready to go ahead right away. For us it has been particularly interesting in terms of museum cooperation because Czech toy is a very strong and interesting design brand, and design in all aspects has been lately the priority in our museum development”, says Elena Titova, the Director of the All-Russian Decorative Art Museum. 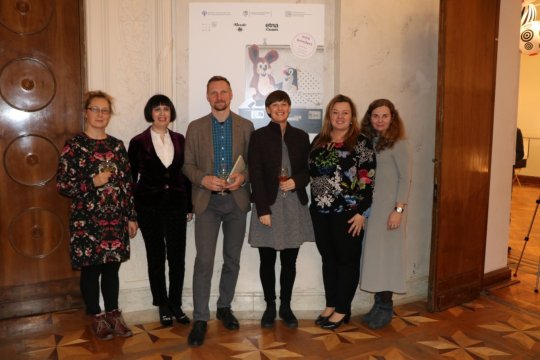 Museum team with their Czech colleagues at the exhibition opening

The “Mini Wonders“ exhibition showcases iconic toys created by Czech designers over the past century - from the mechanical metal toys to inflatable plastic animals, from colourful totem-like toys to wooden carved flowers. 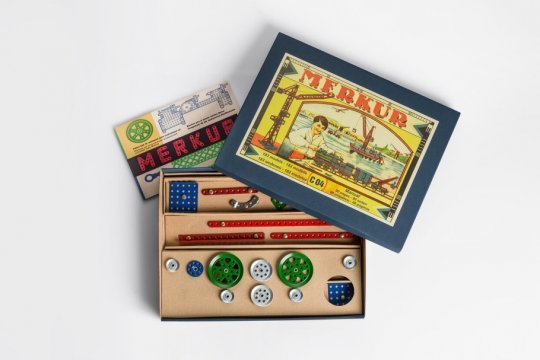 It is today that children across the globe grow up with LEGO, Barbie dolls and the Jurassic Park characters, but it was not so long ago that toys were different. Approximately 50 items featured in the exhibition not only draw a visitor’s attention to unique craftsmanship but also present modern toy design. Curated by an art-historian Tereza Bruthansová, the exhibition explores modern art legacy, which blends ancient craftsmanship and iconic pop culture. Today a young generation of designers and illustrators keeps the tradition of Czech toys alive while giving them a fresh look. “We were hugely inspired by the exhibition concept and the way the vintage exhibits intertwine with the new design items on the display”, adds Elena Titova. 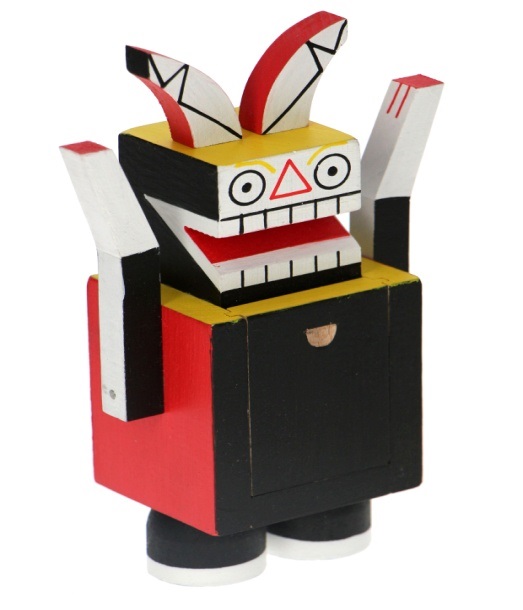 The oldest piece is a wooden toy created in 1920

It all started at the turn of the century when Artel cooperative was founded in 1908. The oldest piece at the Mini Wonders exhibition is a wooden toy called Čertík, or the devil box, created by Václav Špála in 1920. Since the first design was born, Czech toys have made a name for themselves internationally. Combined with the tradition of puppetry and animation by the mid-century, they saw an unprecedented success at the Expo 1958 in Brussels and in more recent years, the interest in Czech toys was renewed thanks to Libuše Niklová’s 2011 retrospective at the Musée des arts décoratifs in Paris, followed by the 2012 Museum of Modern Art exhibition “Century of the Child: Growing by Design 1900–2000” in New York, which also featured toys by renowned Czech designers.

Among the iconic toys on the display at the All-Russian Museum of Arts and Design is the stuffed toy of the famous cartoon character the Little Mole, an inflatable red buffalo and other plastic toys by Fatra, metal construction sets by Merkur, a wooden balance bike by Re Pello, and Igráček, a communist era version of the popular German Playmobil brand. Some of them are well-remembered in Russia. According to Elena Titova, Moscow audience met the exhibition with enthusiasm and …somewhat with a touch of nostalgia, which is understandable – many visitors, who come to the museum with their children and grandchildren, remember Czech toys from their own childhood under socialism:”…Due to the exhibition they are able to find out that the toys they use to know have “parents” – artists and the company that had produced them”, she emphasized. 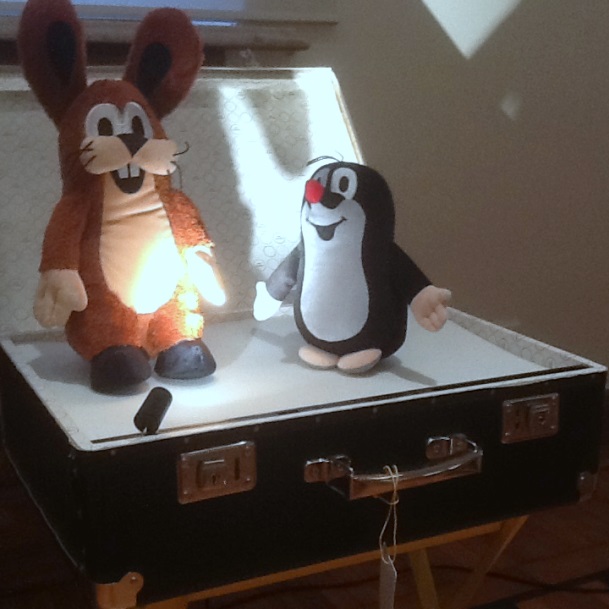 The Little Mole is the famous cartoon character of the 1970s

The show also presents a range of recent toy designs to emerge from the country. The Amaris Horse was launched in 2015 by toy manufacturer Kutulu, which features a white, wooden body and is supported by four red wheels, while Pe-Pa is a wooden bird duo made by the same brand. Also on the display is the Zahumny Collection, a range of totem-like toys by My Dvě, and Adéla, a set of wooden flowers carved from wood by Adéla Fejtkov. 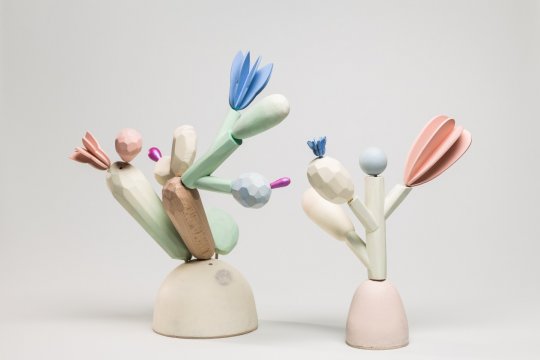 A set of flowers carved from wood by Adéla Fejtkov

No matter what time they are dated, all exhibits showcase their makers’ inventiveness and overarching interests - and invite us to embrace our inner child. 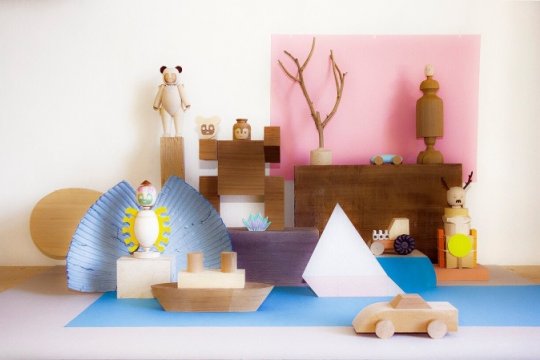 A range of recent toy designs

“The project was conceived and implemented by our Czech colleagues, but it’s hugely important that our museum had the honour to host and present it in Moscow. It became the right place where all parts– the project, the audience and museum environment matched. And for this we are extremely grateful to our partners”, Elena Titova added. Her colleague Hana Skladalova, the Director of the Czech Centre in Moscow, is sure that it has been the start of a fruitful cooperation with the museum: “We had no doubts selecting the All-Russian Decorative Art Museum as the exhibition venue. I also appreciate the highest professional standards of the museum staff – all people involved in the exhibition demonstrated care and knowledge when we were working on the show together. I’m sure that we will be able to unite our efforts developing more projects in 2019”.

The exhibition organized by the Czech Centre in Moscow is part of the art marathon that marks 100 years since the founding of Czechoslovakia. The show has already been to Tokyo, Jerusalem, London, and Prague. 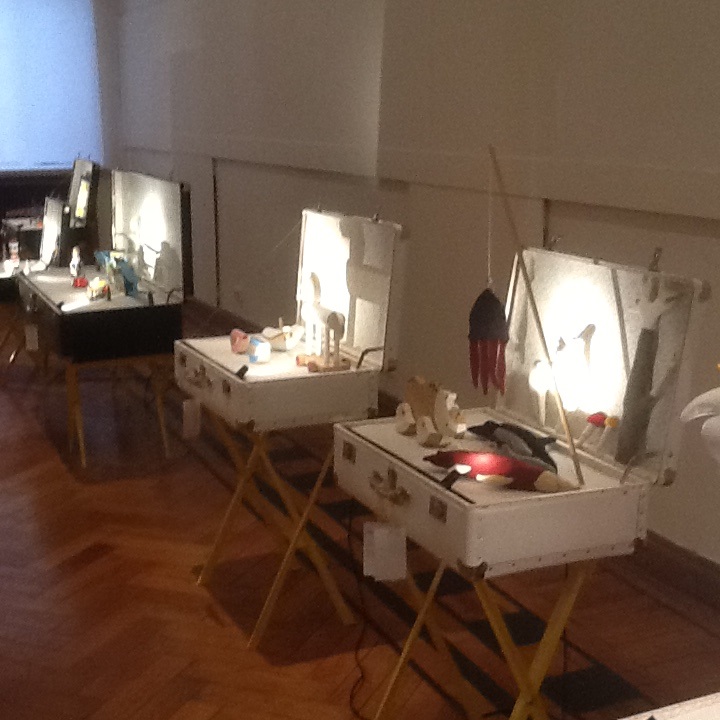 Kazeto vintage cardboard suitcases are part of the display

After wrapping up in Moscow, the exhibition (travelling in Czechia’s famous Kazeto vintage cardboard suitcases) will continue its journey - to Warsaw and Bratislava.

Meanwhile, cultural cooperation is at the core of the rebranded museum’s activity.  According to its director who cherishes cultural diplomacy as “a modern and very powerful tool in a whirlpool of events”, in 2019 the museum Fashion and Design Centre  will be hosting an Italian fashion show done in collaboration with the Italian Institute of Culture in Russia. In its turn, the museum will send to Italy a show on the development of Matryoshka design.